Friends often ask me what I recommend they see and do when they visit London for the first time. After having spent several months there, I know how much this incredible city has to offer. I have decided to create a list of the most important places to see if you are in London for the first time! In the future I will write another blog featuring the best bars, clubs, events to attend and things to do your second time around. 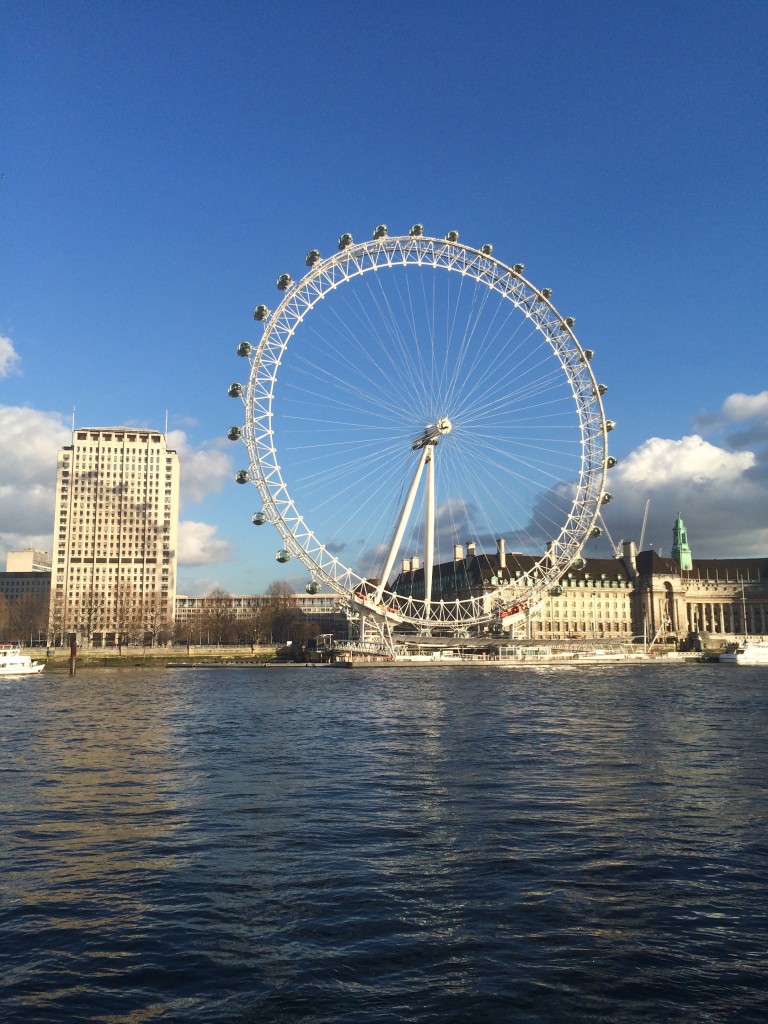 The perfect way to get a great view of London is from the London Eye. The London Eye is an extremely big (135m tall) Ferris wheel located on the South Bank of the River Thames. The London Eye opened in 1999 but was not opened to the public until 2000. It holds 32 capsules that are used to observe the city and can also be used for special and private events. 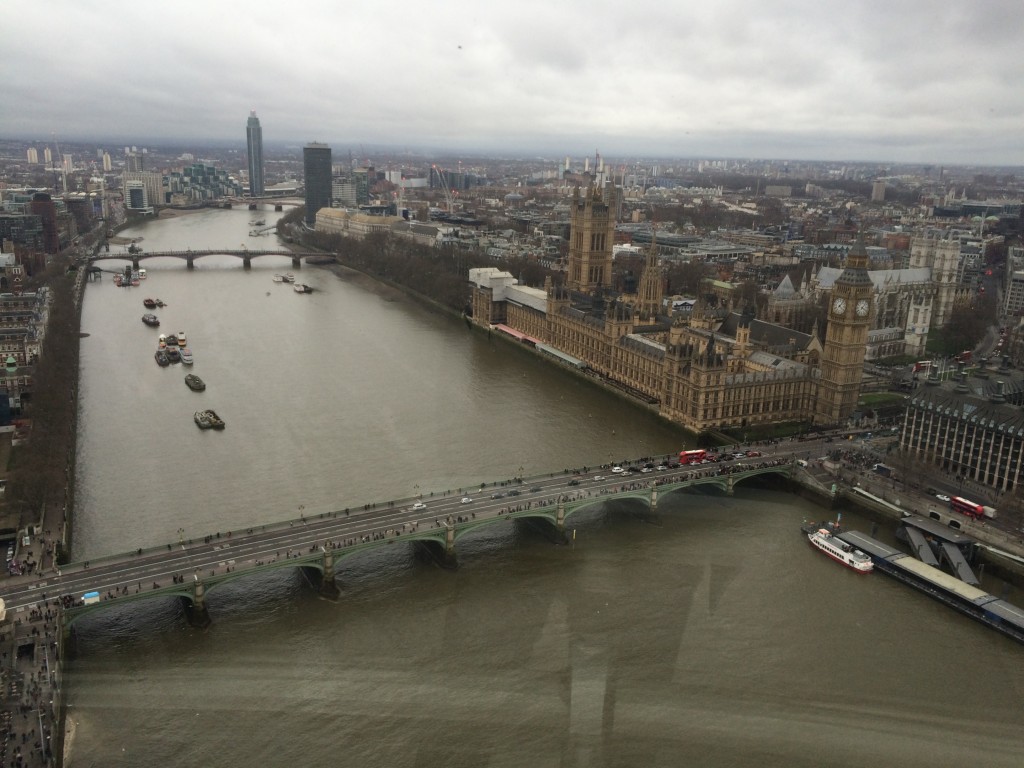 I am scared of heights but it was totally worth the visit, the view over the city and all of its architecture is incredible and the ride takes approximately 30 minutes.

Primrose Hill is the perfect place to visit on a sunny day. It is a hill located on the north side of Regent’s Park and on a clear day you can view the city’s skyline. 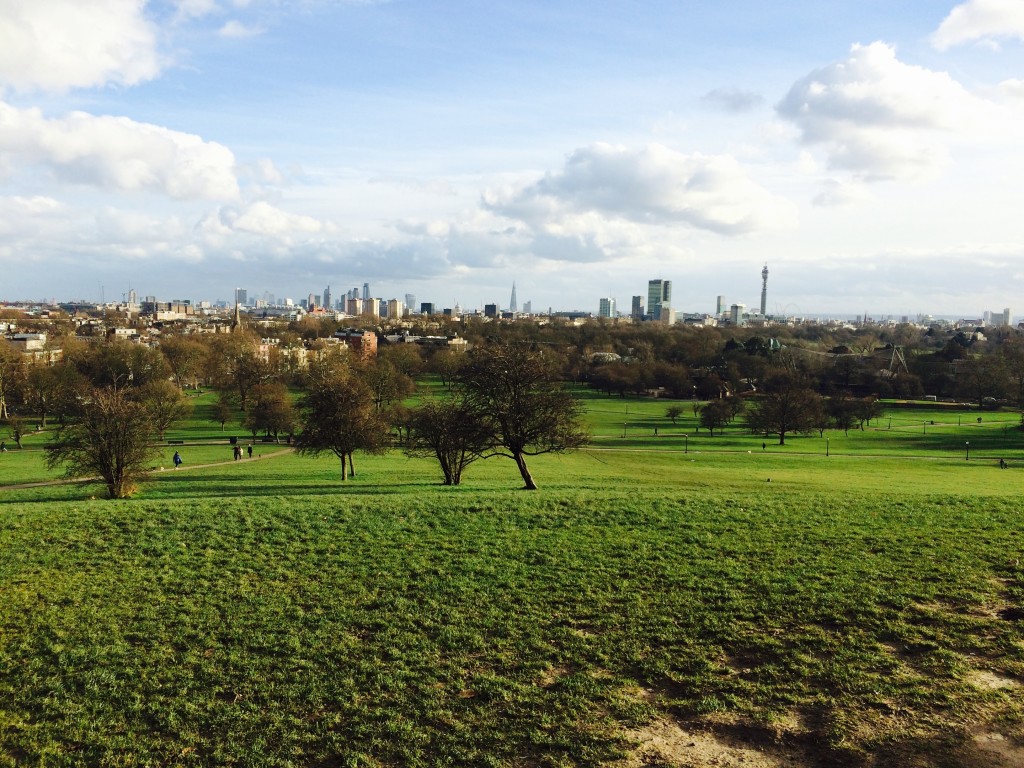 View of London from Primrose Hill on a chilly morning

It is often visited by groups of friends, families, or couples to enjoy the scenery and possibly a picnic. 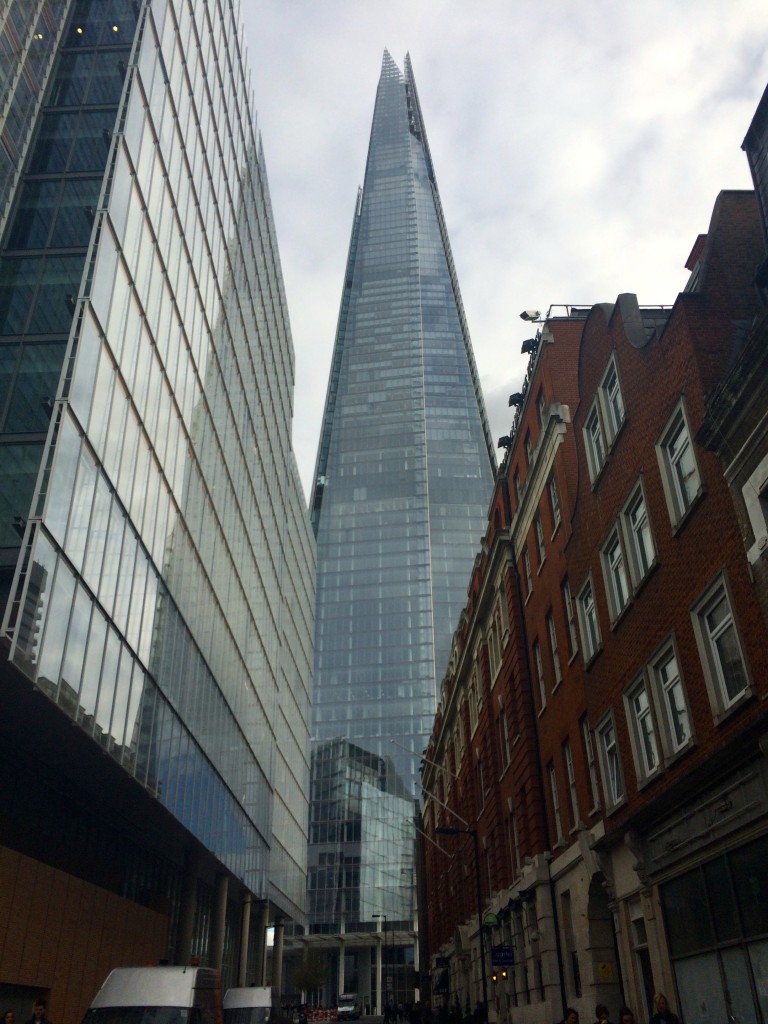 The Shard from the Exterior

The Shard is one of my favorite skyscrapers in London and possibly the easiest to recognize from any point in the city; it is the second-tallest free-standing structure in the United Kingdom. The 87-storey building is often visited either for its restaurants and bars or for the observation deck. As someone who has spent some time in London, I always skip the long queues to visit the observation deck for a limited time with an expensive ticket – because you can visit the Aqua bar and have the same view with no queue for the price of a cocktail.

The view of London from the Aqua bar at the Shard. Perfect place to enjoy a glass of wine. 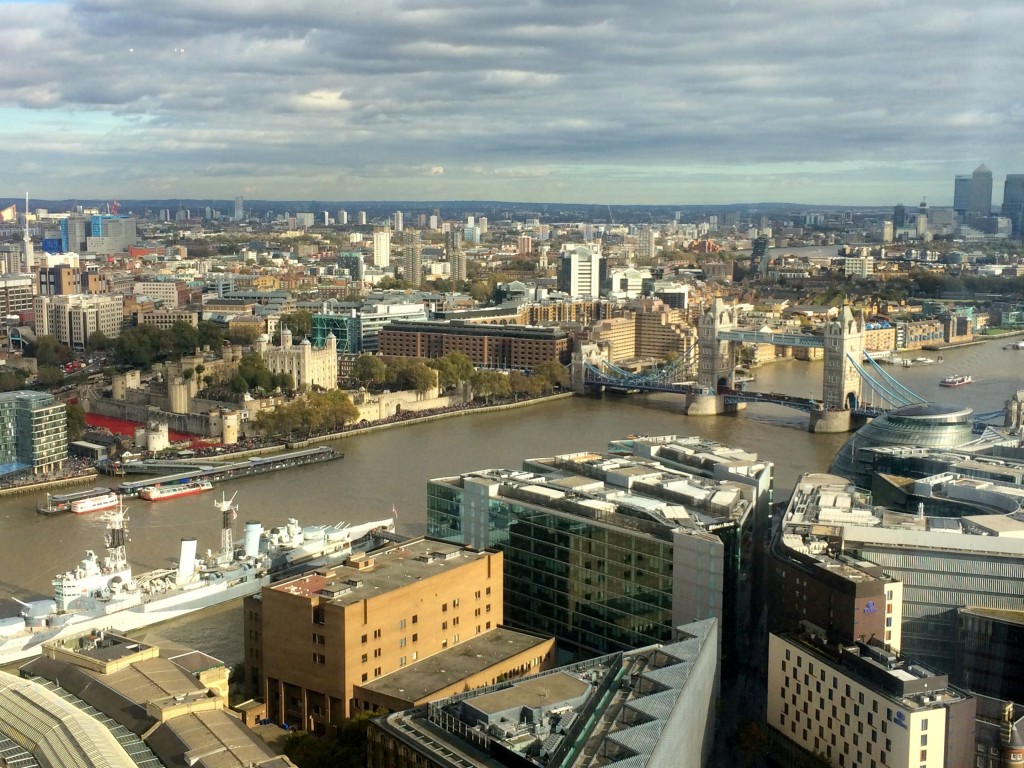 View of London from the Aqua Shard 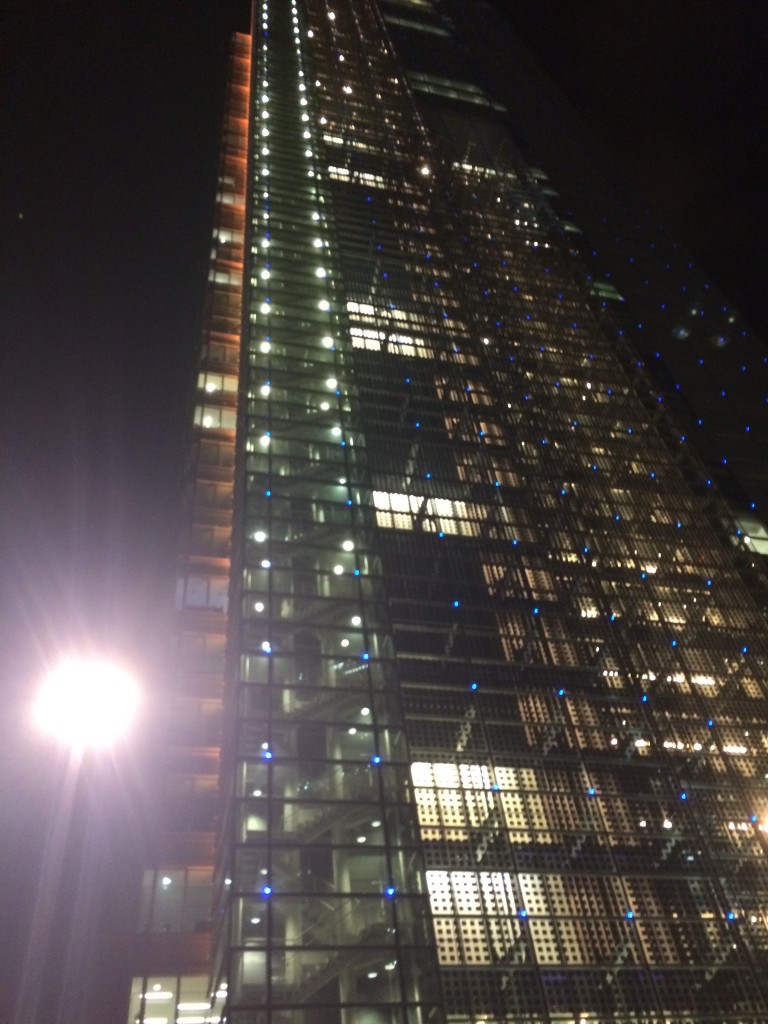 The Heron tower and its glass elevator (if you like heights, you will love it!)

The reasons to visit the Heron Tower are either for Duck & Waffle, on the 40th floor, or Sushi Samba on the 38th floor. This tower is located in the financial district and gives visitors the opportunity to dine in style. 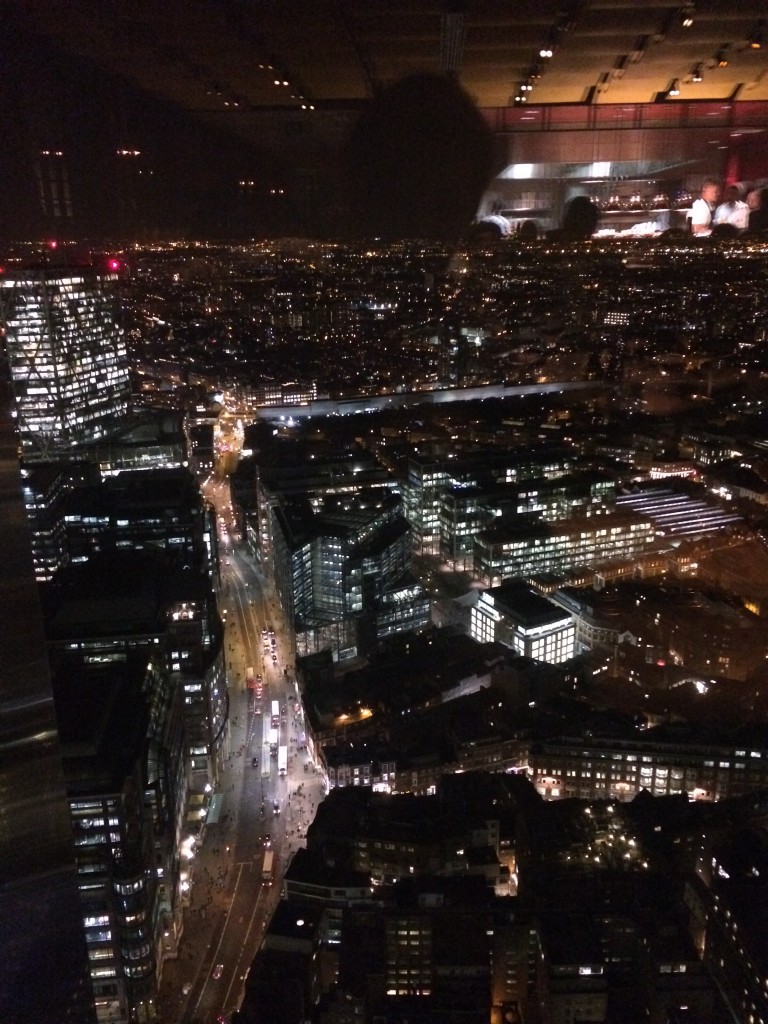 Dinner with a view at Duck & Waffle (The Heron Tower)

Tip: Make sure you reserve a table at either restaurant as they are in high demand!

Cruise on the Thames

An activity suitable for everyone from families to couples is a ride on the Thames City Cruises. These cruises are one of the best ways to see the city and learn about its rich history, and there are many options including dinner cruises, tea cruises and much more. 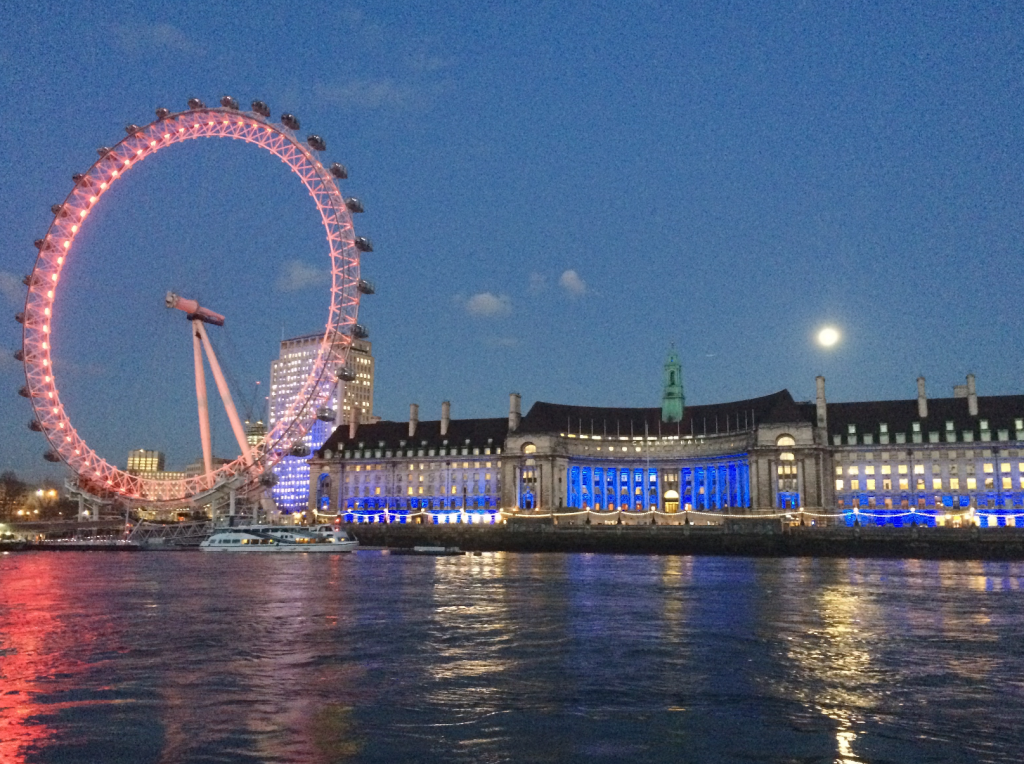 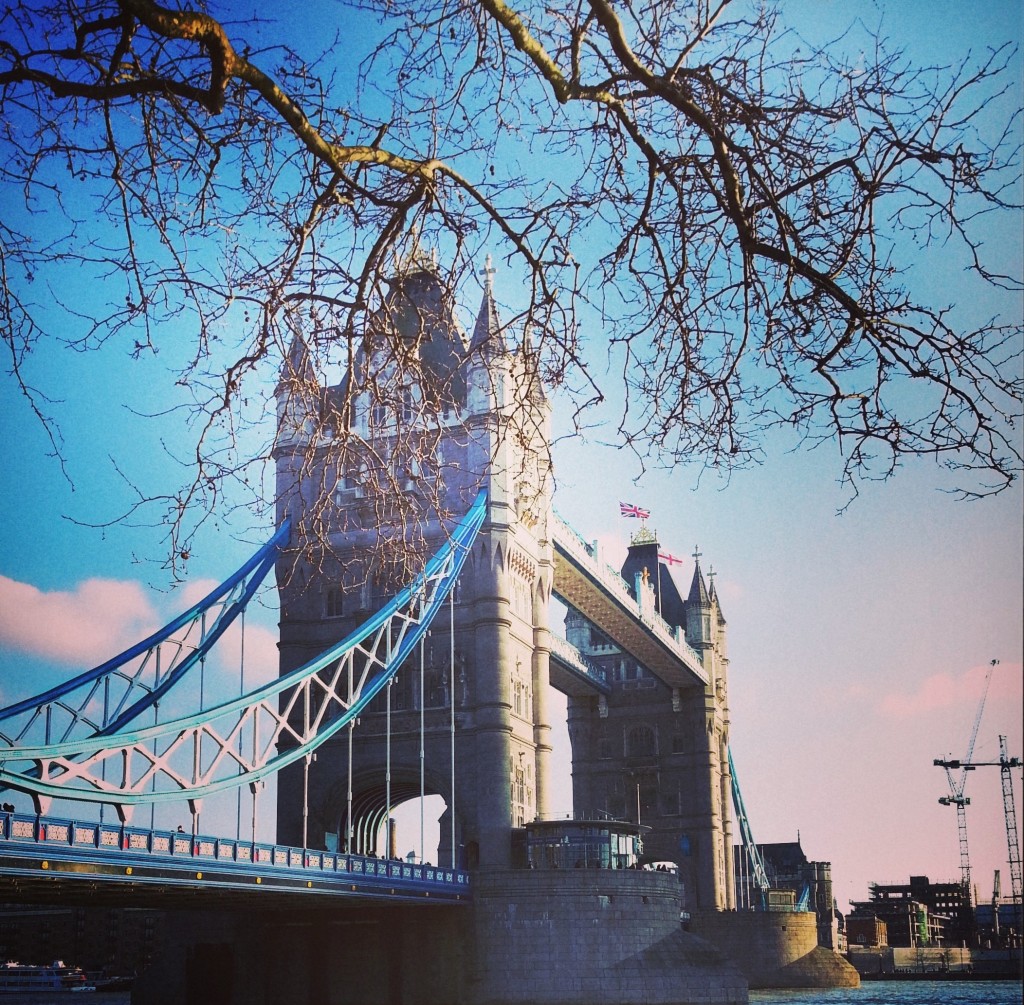 The Tower Bridge on a beautiful day

Tower Bridge is a suspension bridge spanning 244m across the River Thames, located near the Tower of London. It took 8 years to be constructed and was officially opened on the 30th June 1894. It is one of the first sights you see on the Internet when you look up London. 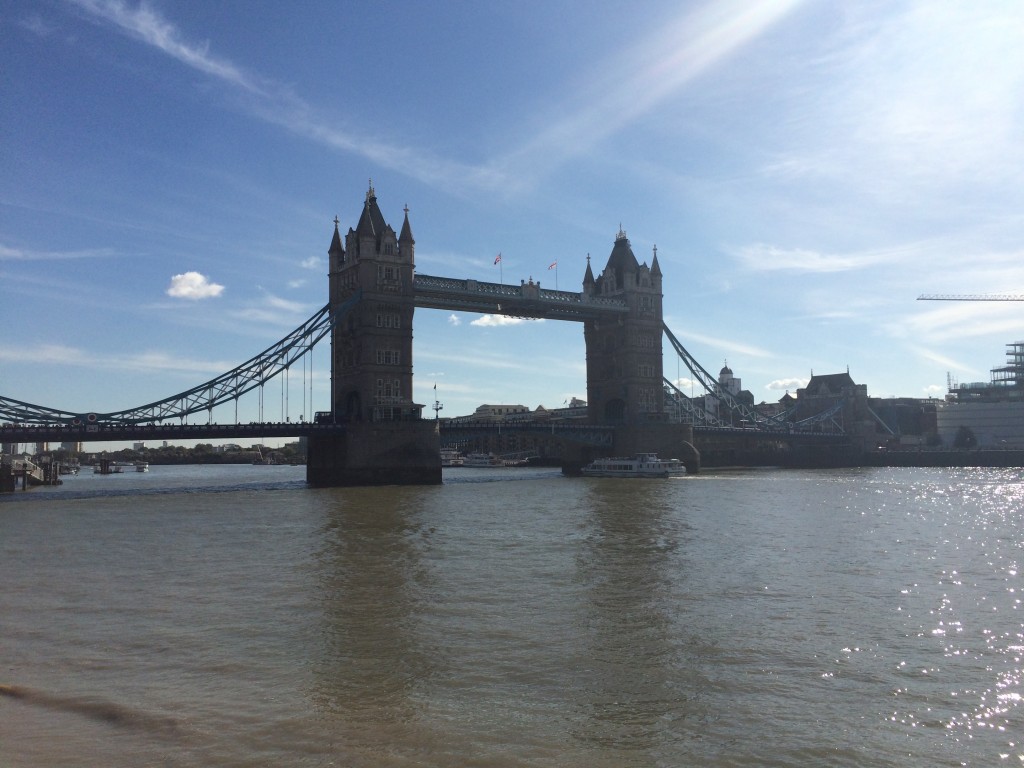 Tower Bridge from a distance 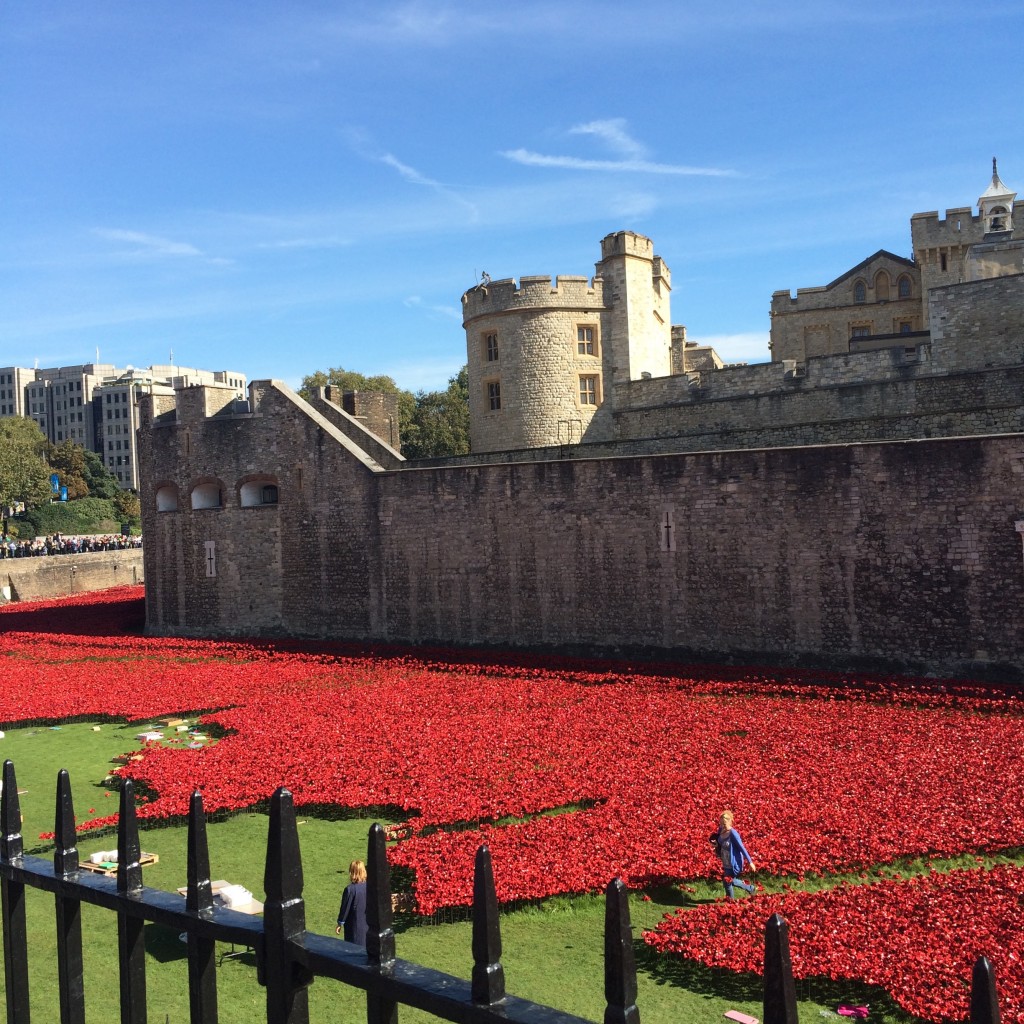 The Tower of London surrounded by Poppies for Remembrance Day

The Tower of London is located on the north bank of the River Thames next to Tower Bridge. It is a historic castle that was used throughout history as a prison, a place to guard the crown jewels, a royal residence and much more but always playing an important role.

It is now a museum and when I visited there were ceramic poppies (888,246 to be precise) surrounding the castle to remember those who passed during World War I. 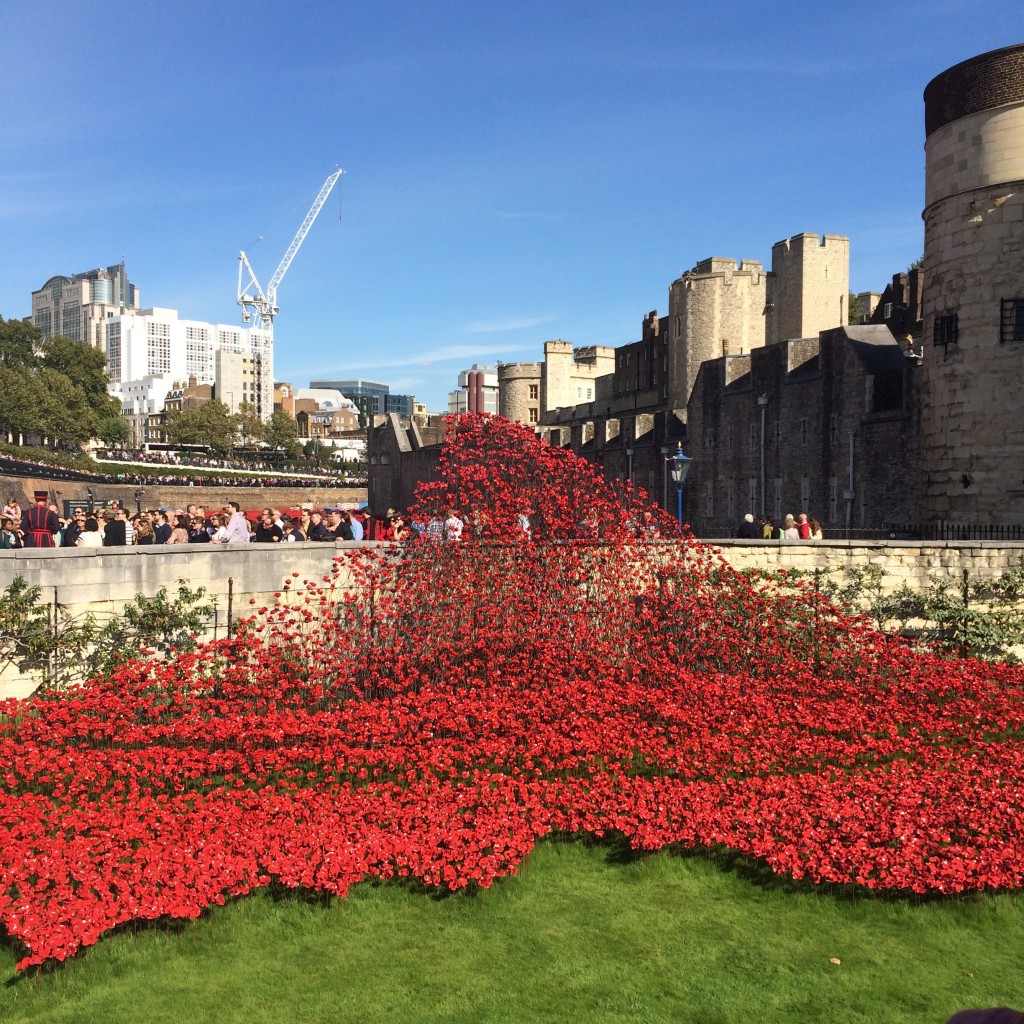 The Tower of London 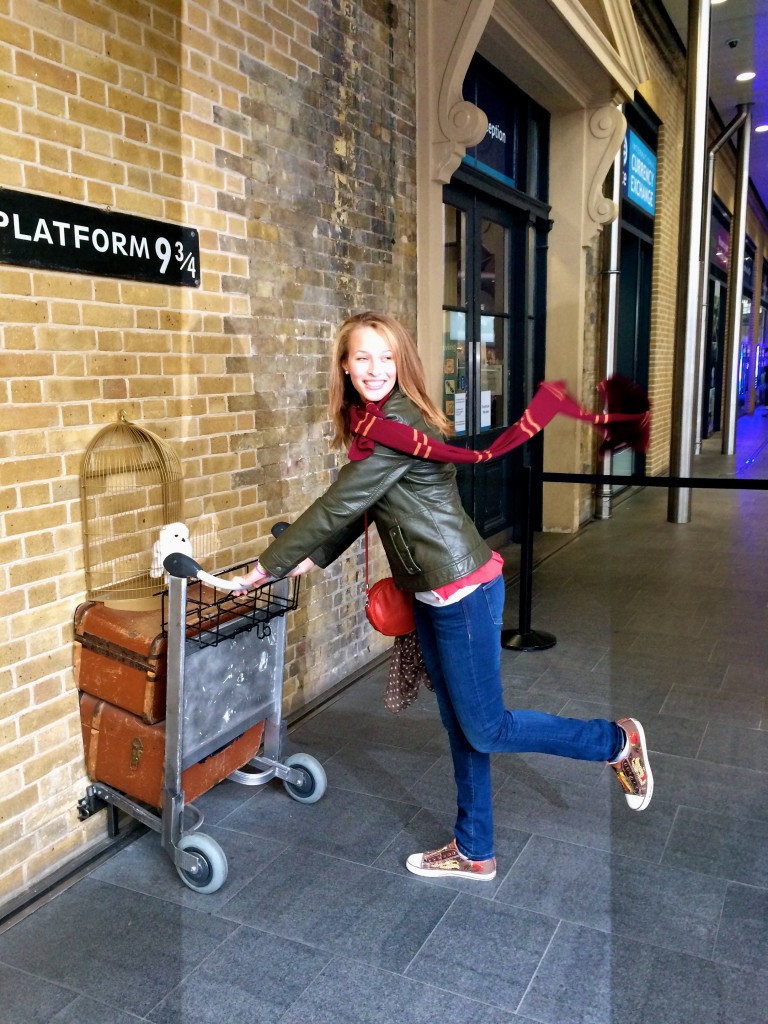 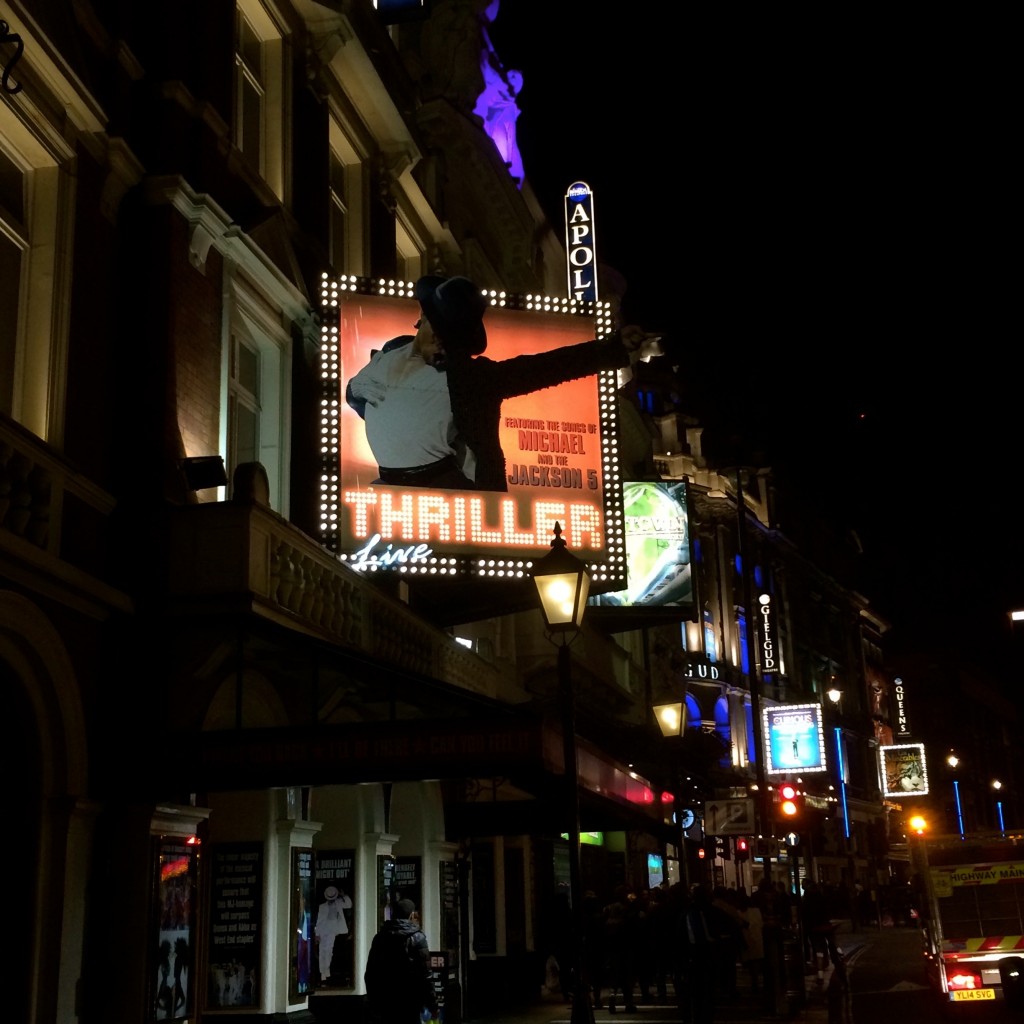 Make sure you visit the Theatre in London!

Almost everywhere you go in London you see posters and signs for the musicals, opera, ballet and all kinds of performances taking place at that moment. While I was in London I saw a musical at the Apollo Theatre in Soho with some friends and I highly recommend taking the time one evening to watch one of the many musicals on show, it is a treat! There are musicals for all ages and all tastes, from classics such as The Lion King to new and trendy shows. 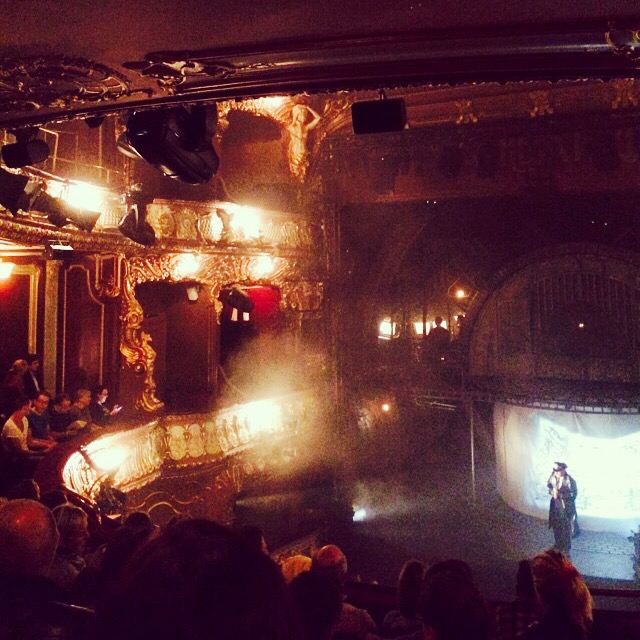 The Apollo Theatre in Soho, London 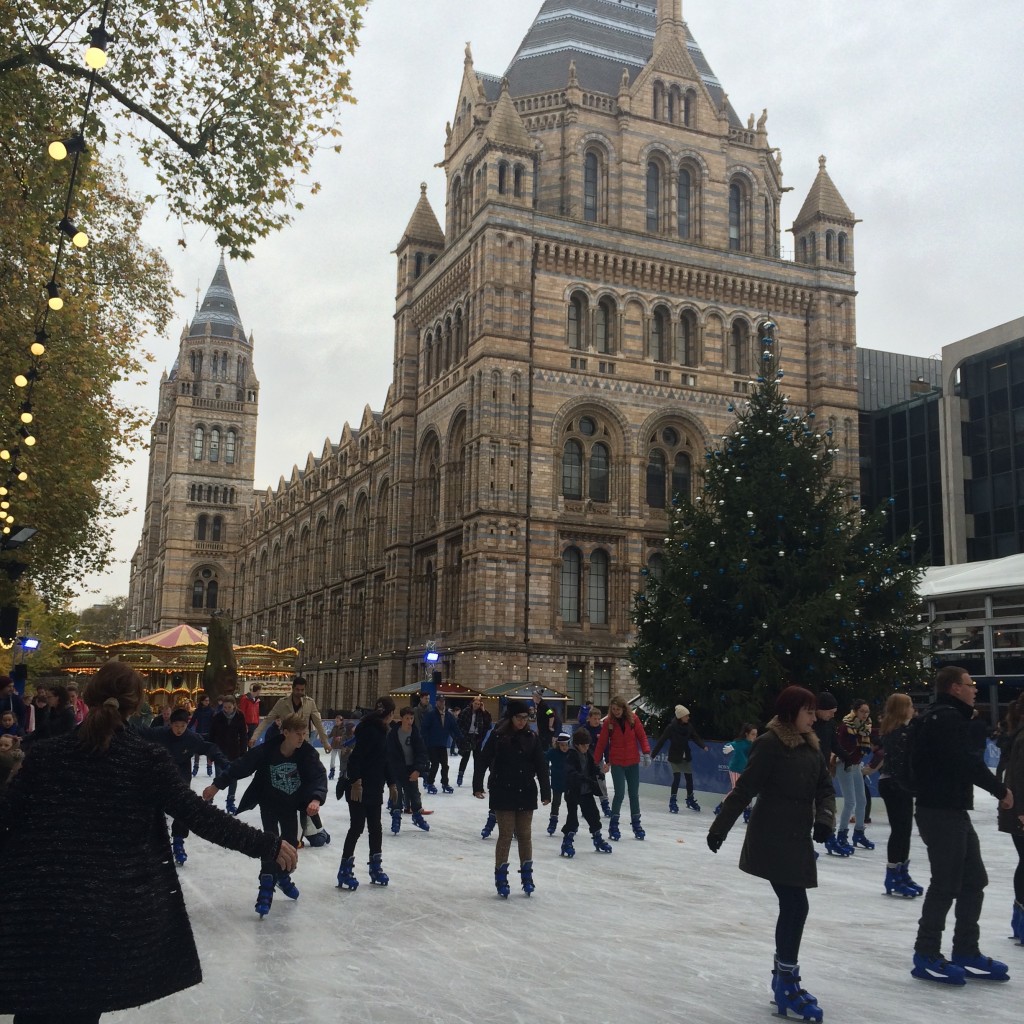 The Natural History Museum in London during Winter

This is one of my favorite museums in London during the winter as it has an ice-skating rink outside, several stands that sell food and warm drinks as well as carousels and other entertainment. If you are visiting London in winter with your family, or even with a special someone, it is a great place to go and dream of a white Christmas. 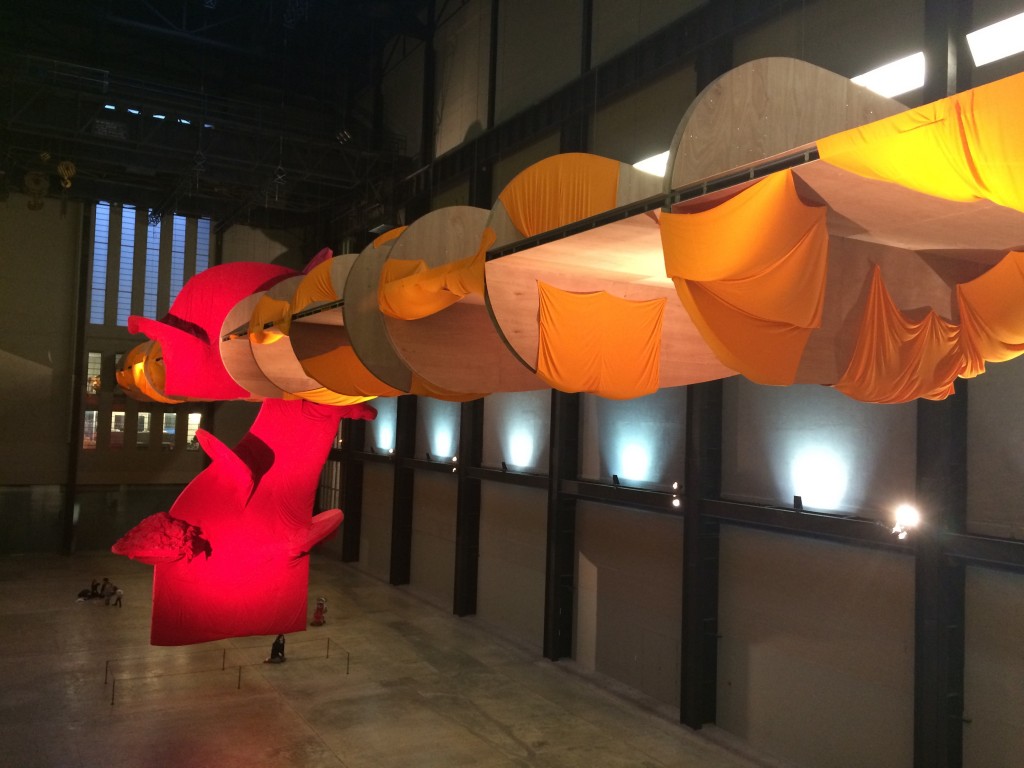 One of the four Tate galleries in London is the perfect place to seek refuge on a rainy day. I have been to the Tate Modern and the Tate Britain and thoroughly enjoyed both experiences; I still need to visit the Tate Liverpool and the Tate St Ives. For more information on the Tate Britain you can refer to our previous blog post about the museum’s Alexander McQueen exhibition .

The Saatchi Gallery Located in Chelsea is one of the must-see galleries in London! For more information, check out the blog post about my visit here. 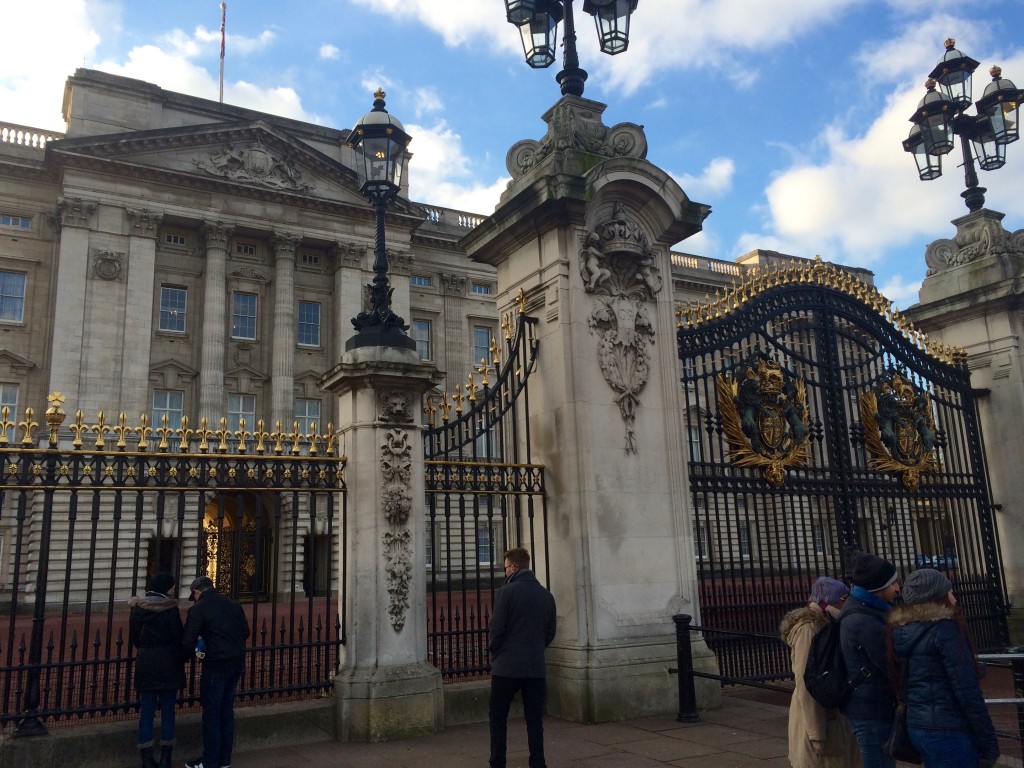 You cannot go to London without visiting Buckingham Palace, the official London residence and workplace for the Royal Family. The Palace was initially a townhouse built for the Duke of Buckingham and its garden is the largest private garden in London (not much of a surprise though, right?)

The main entrance is the East Front of the Palace and is located beside Green Park, a nice place to have a walk after a long day in the city. 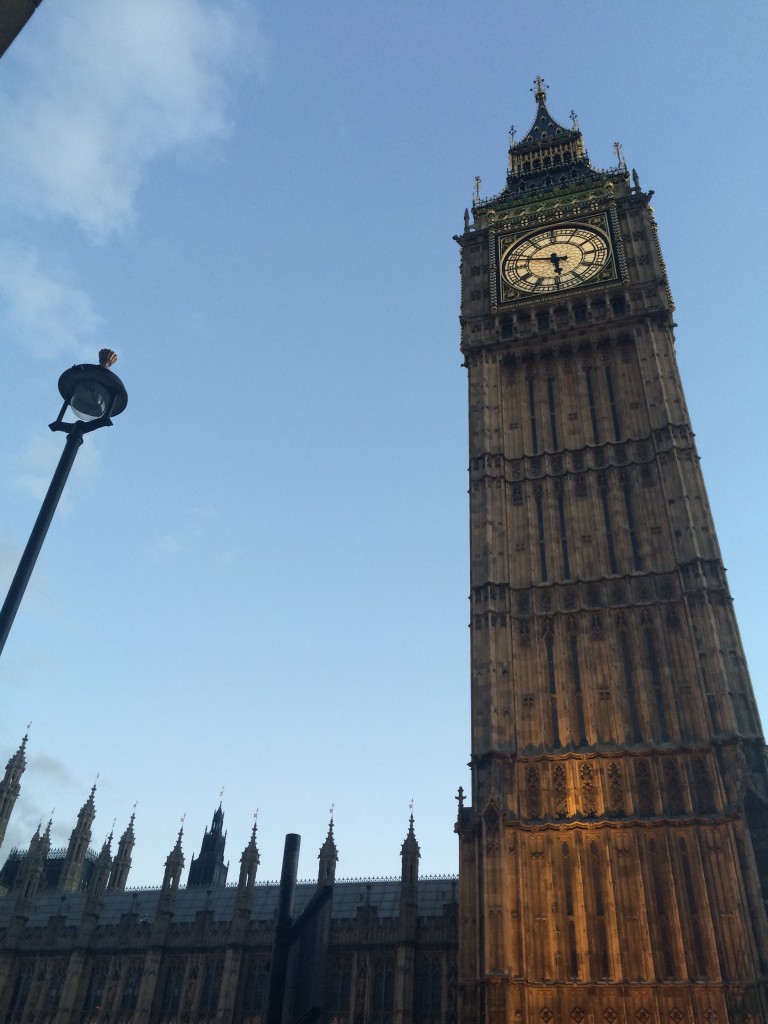 Big Ben is the iconic clock located at Parliament House in Westminster. While “Big Ben” is the name of the clock itself, the tower which houses it is officially known as Elizabeth Tower – it was named in 2012 for the Queen’s Diamond Jubilee. Did you know that Big Ben is the second largest clock with four faces in the world?

Wembley Stadium is usually the location for big-name concerts in London so be sure to check whether there will be any concerts in the stadium during your visit. Fore more information about the Stadium and the Wembley Roar refer to our Wembley Stadium blog post.

Regent Street was my favorite street at night for its illuminated buildings, the shops and the best atmosphere! It’s much better than Oxford Street, in my opinion.

Carnaby Street is a pedestrian-only street located near Oxford Street that has many diverse boutiques. It is always very lively and worth a visit!

Heddon Street is located just a step away from Regent Street where it becomes an area full of little restaurants and bars. It is a great place to go for brunch or dinner and it’s also the location of the famous Ice Bar. 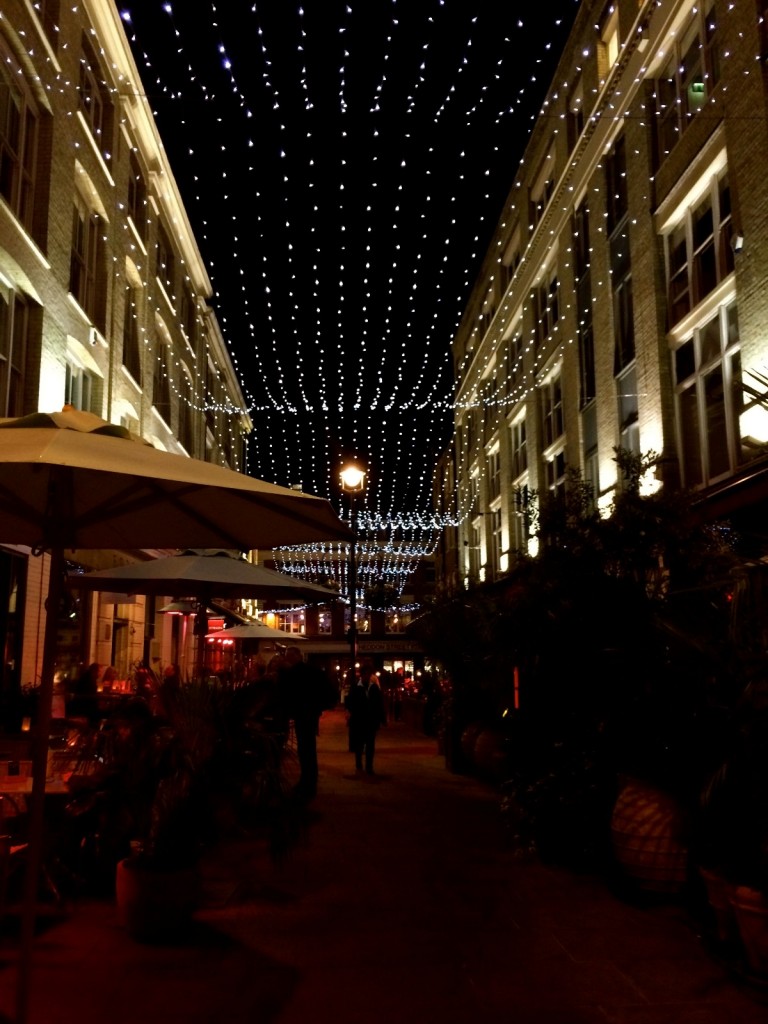 When visiting London you simply must stop by the department store Harrods at Knightsbridge. If you are looking for delicacies to take to your loved ones back home they have a section with the most delicious chocolates, pastries, teas and so much more! 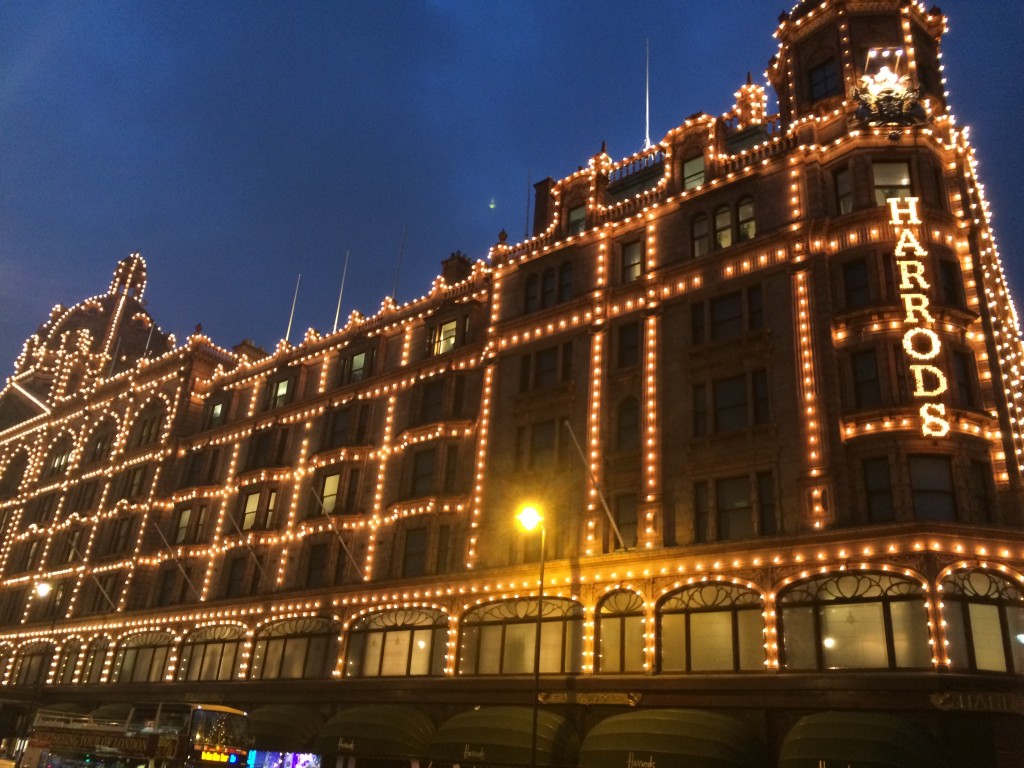 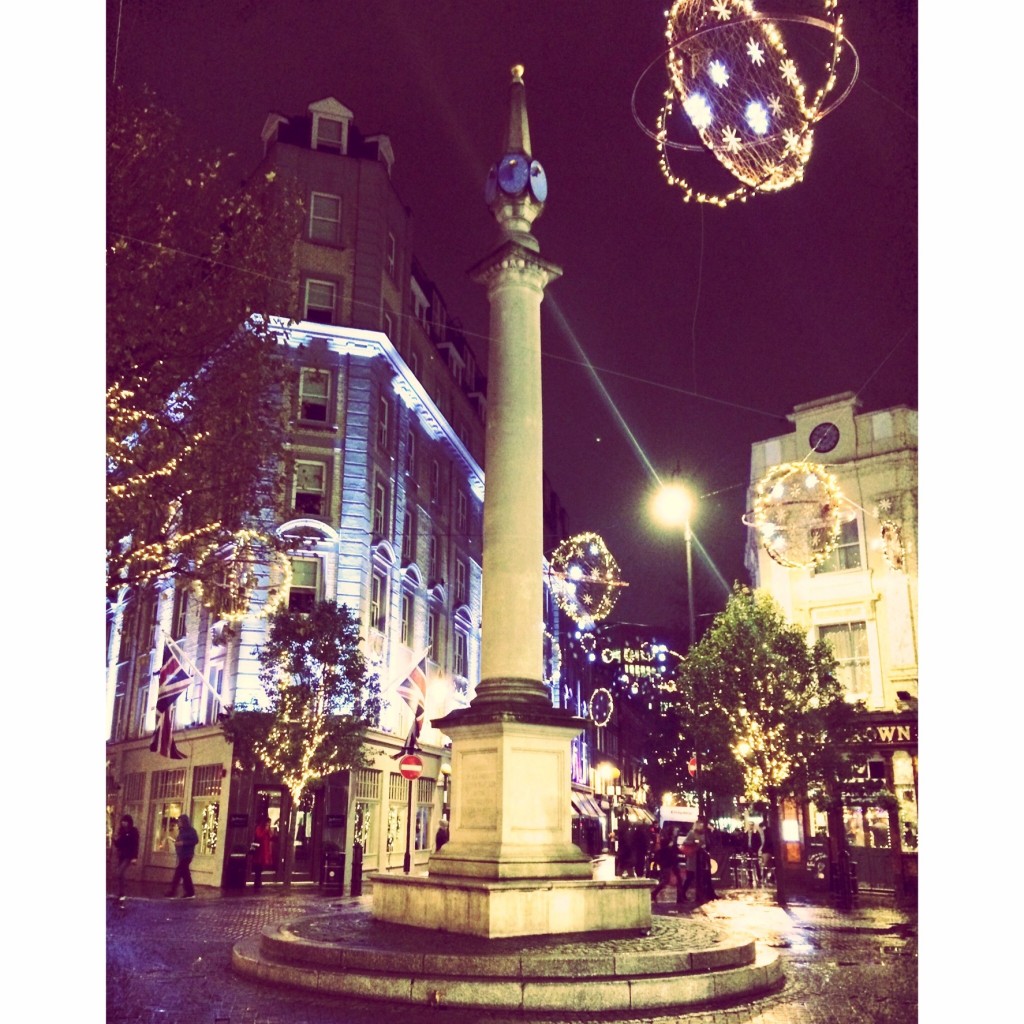 This road junction where seven streets meet is located in a shopping district with many little restaurants and bars. It is great for an afternoon walk.

Chinatown is located on and around Gerrard Street, one of the liveliest streets in London, with so many incredible restaurants, supermarkets and bakeries to choose from! One of my personal favorites is Koya; they don’t take reservations, but they make udon noodles that are irresistible! 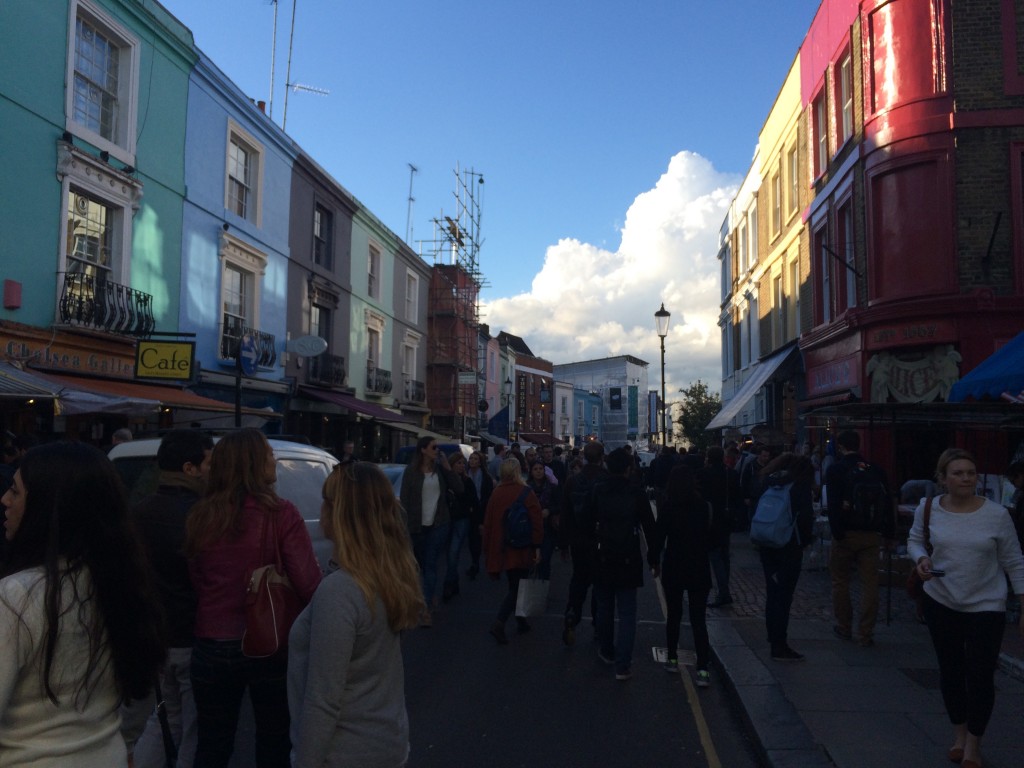 Portobello Road Market on a Saturday

Portobello Road is located in one of my favorite areas in London, Notting Hill (and not just because of the movie). Portobello Road Market is famous for its antiques and clothing stalls on Saturdays. There are also a few restaurants and some fresh fruit and vegetables. 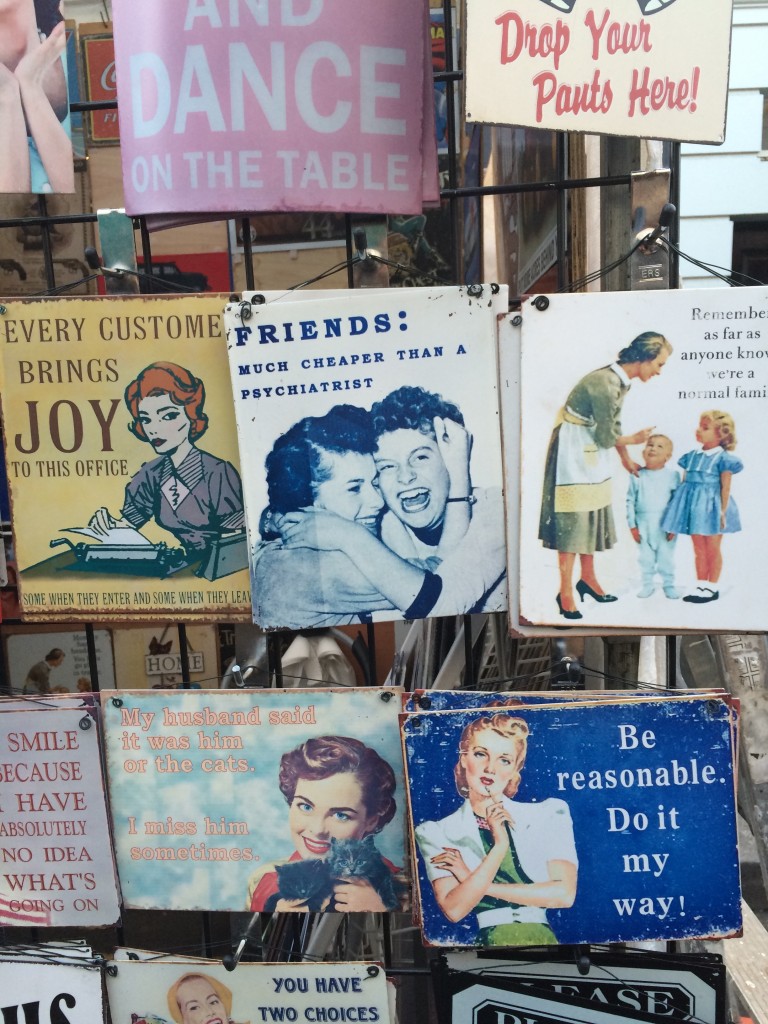 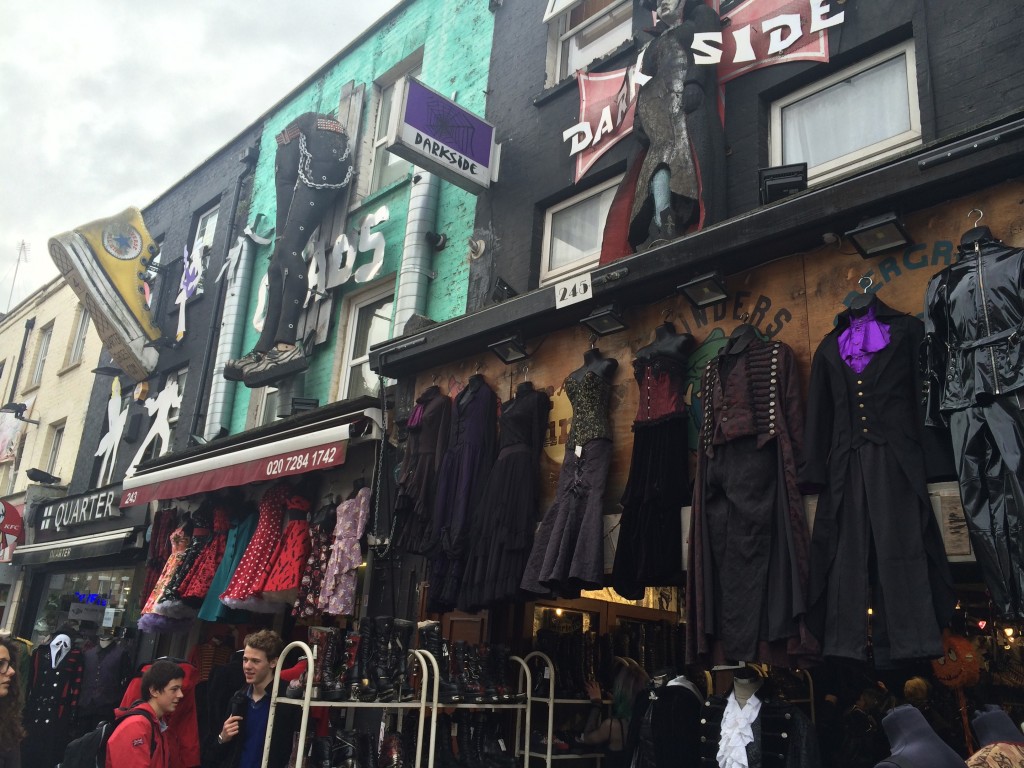 This market is at its busiest on Saturdays and Sundays and is popular for its oddball clothes as well as a huge range of street food. If you are looking for a Halloween costume, this is the place you will find it!

If you are a foodie and like to try a lot of different things, Borough Market is the place for you – it was definitely the place for me. This market sells mainly food, and what a variation they have. It is located near the Shard and you can easily

spend a few hours tasting free samples. Be warned: it is only open Fridays and Saturdays!

If you find yourself having visited most of the items on the list above, a great addition would be to visit Stonehenge! 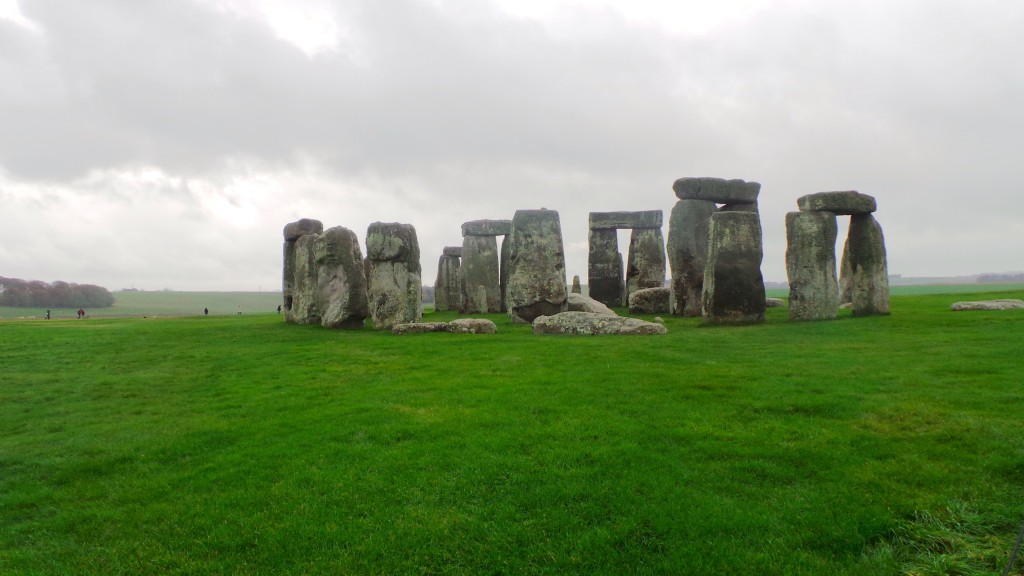 It would take approximately 2 hours to reach Amesbury by car from London, and trust me; this world-famous site (now listed as a UNESCO World Heritage site) is worth it! Stonehenge is a ring of standing stones (you cannot imagine their size!) and is surrounded by burial mounds.

There are many mysteries still surrounding Stonehenge, such as who built it. When I visited the museum it was stated that many different groups throughout the years built it, beginning in approximately 3000 BC ,and that the way it looks now was not what it looked like initially. Another mystery is its purpose; because of the way the stones are placed, some say it was used to tell time – but do not take my word for it.

Not only can you visit Stonehenge, but there is also a museum and replica Neolithic houses to show how the people who built Stonehenge lived. It is a well-rounded experience that makes you think about time and the mysteries of life.

Tip: Take an umbrella as it often rains and there is nowhere to go for cover!

Make sure you visit the above-mentioned places in London, a city that has so much to offer that there is no way I could cover half of it! Stay tuned for the next post on London’s sights.

Planning to visit London soon? Book your hotel room in advance for peace of mind.

Are you representing a group that is planning to visit London? Email us now!