Have I mentioned that I am quite new to London? I have been here 5 months and like every newcomer, I want to visit and experience the most essential attractions in the city. Today I headed west (or northwest) to Wembley Stadium with my colleague and friend Ursa, who organises events for our division, Luxurist Events.

We arrived at the Bobby Moore entrance where his statue stands proudly.

Bobby Moore at the Entrance to Wembley Stadium

We collected our ticket at the entrance and headed towards the Crossbar Reception where we were greeted by Sateesh.  We were given such a warm welcome and as we were early, we had a look around the reception.

Do you see the cross bar illuminated on the top of the reception name? That is the famous cross bar (for all football or soccer fans out there) from the 1966 World Cup. The match was between West Germany and England and the ball hit the bar before entering (this we will never know for certain) the goal. 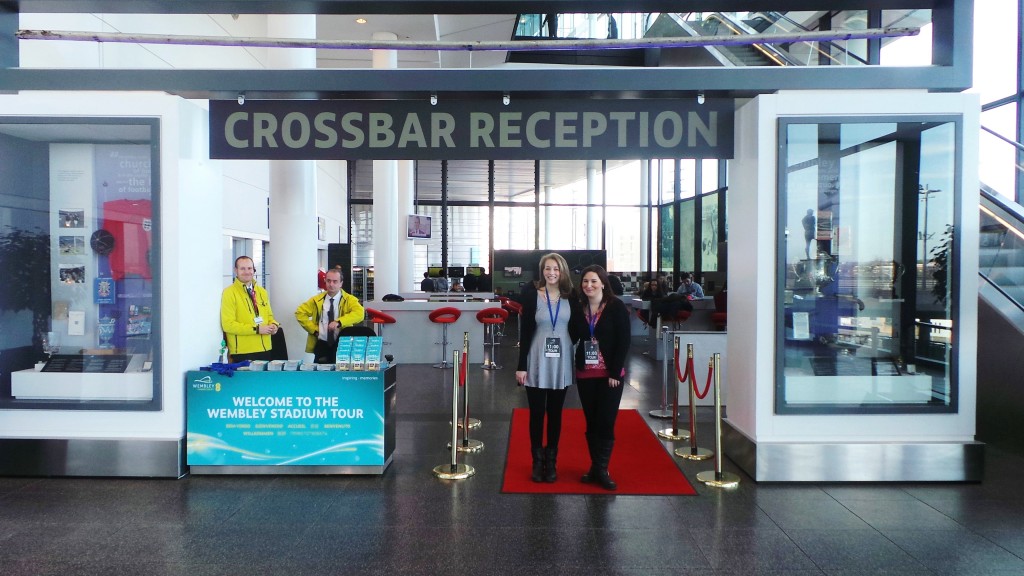 Crossbar Reception with Ursa before the tour

The tour began with our charismatic guide Ansley leading us past the Olympic flag from the 1948 games into the stadium. 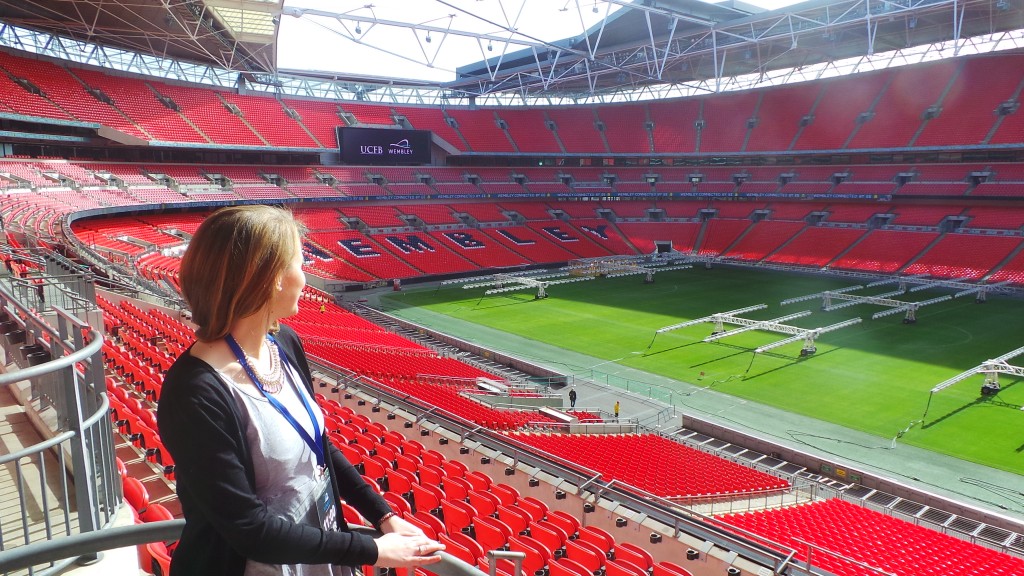 It is difficult to describe the sensation one feels when entering. It’s overwhelming and impressive. It is almost as though you can feel the energy of all the spectators that have ever been in the stadium whether for a sport event or a concert.

This new stadium which officially opened in 2007 holds a number of surprises: 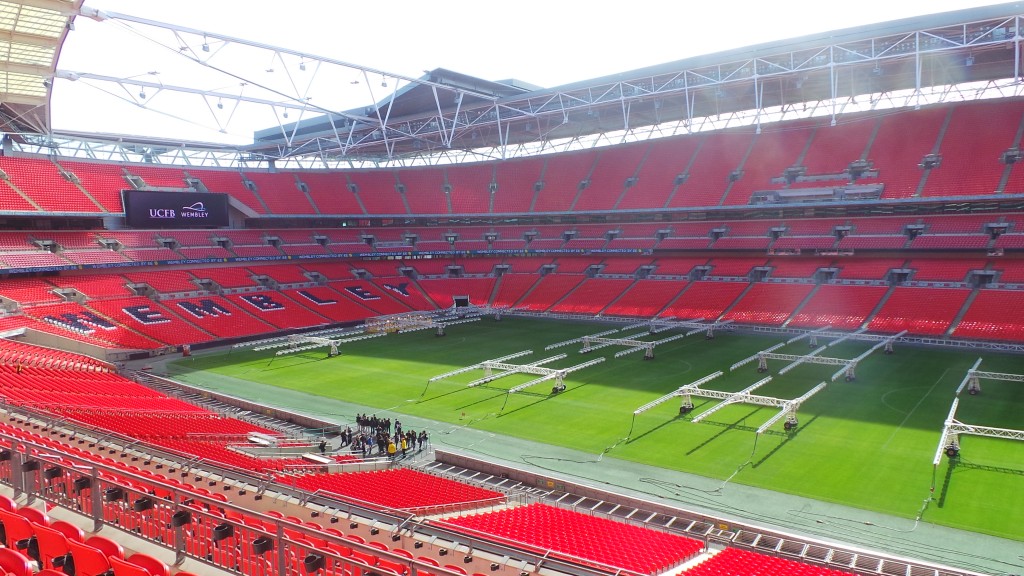 The stadium is designed to create the ultimate and most unforgettable experience for an event, its  specially angled glass creates the famous Wembley roar.

I don’t want to give much  more away  as it ruins the carefully planned tour and the surprise. 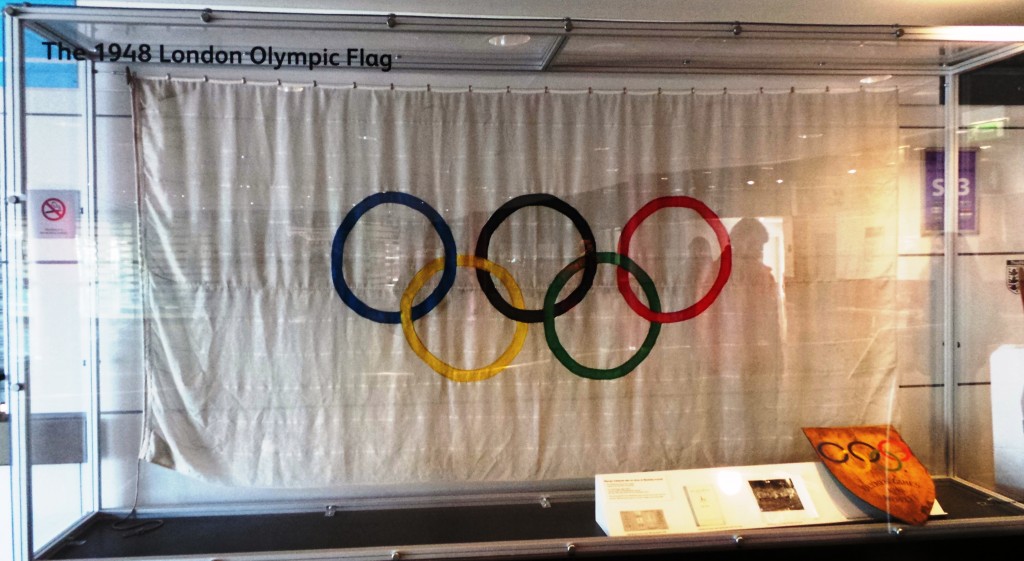 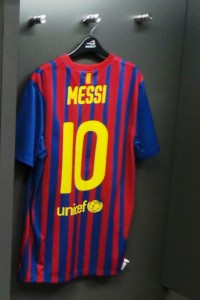 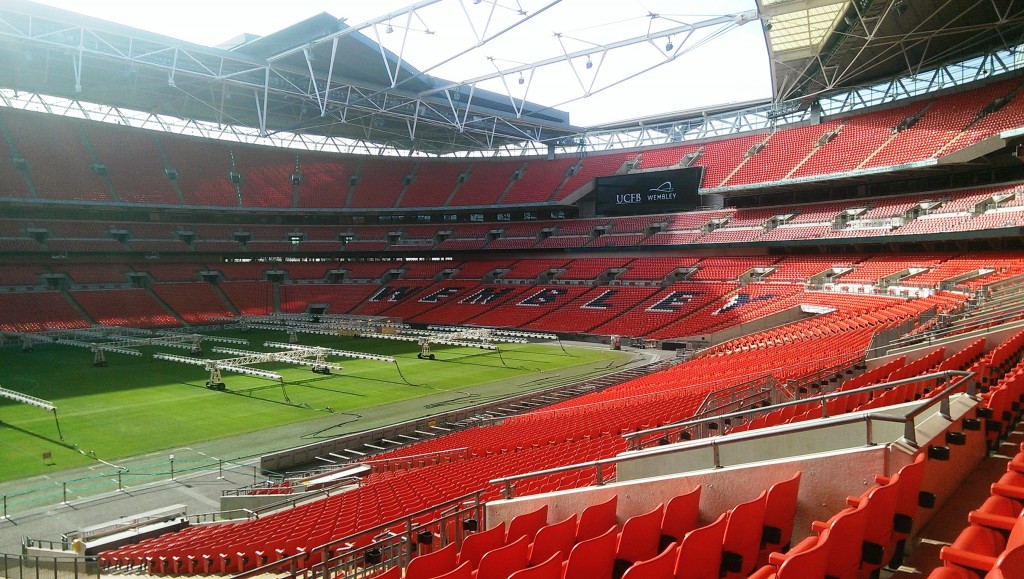 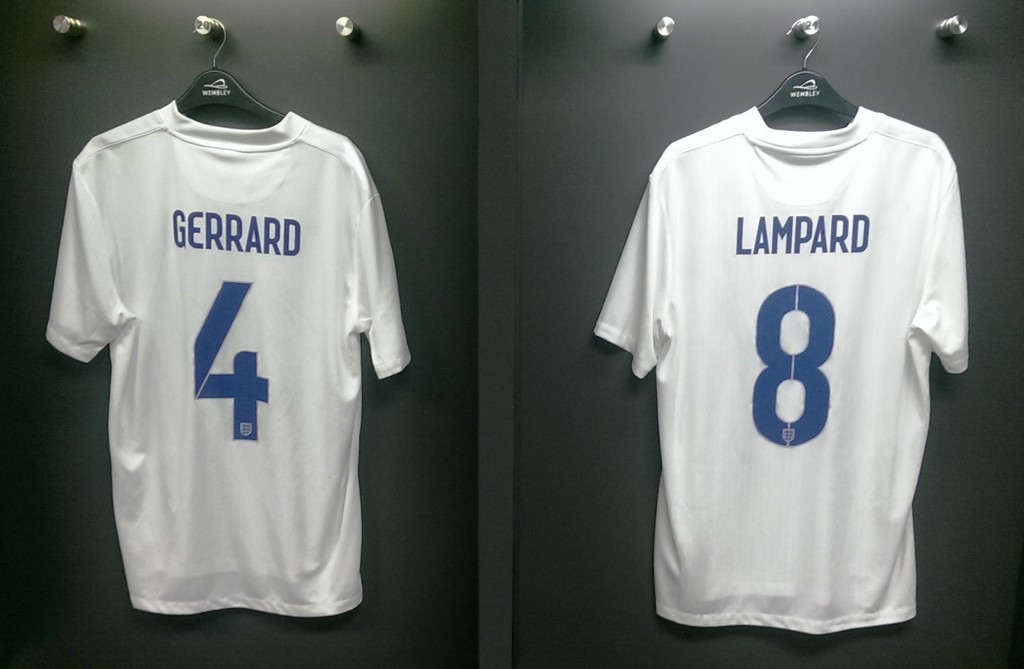