A few weeks ago I went back to one of my favorite cities in the world, London, as you may have seen in my previous blog post! I had a wonderful extended weekend and also took a day to go visit a city that I have always been curious about: Cambridge. It was approximately an hour’s train ride from King’s Cross St. Pancras and the perfect day trip! A little background information on Cambridge: it is a university town mostly known for being the location of the University of Cambridge, one of the best universities in the world.

I had an incredible time in Cambridge and learnt so much. These are the two things you must do for the ultimate Cambridge experience.

After arriving at the train station and walking in the direction of the River Cam my friend and I came across the Cambridge Botanical Gardens, which have been open since 1846. The Gardens are open throughout the year, though I recommend going in spring or summer as there is not much to see in winter. They are a great place to visit for nature enthusiasts and families. It is a nice place to walk and discover the many gardens on display throughout the 40 acres. There are also glasshouses and a café for when you want to take a break.

The garden was the idea of Professor John Stevens Henslow, a Botany professor at the University from 1825-1861, who was none other than the mentor of Charles Darwin. Initially the garden was to contain his tree collection, but over time it added many variations and now they are even building a research center.

After enjoying some time at the Botanical Gardens we walked further towards the River Cam and arrived at a punting dock. Punting is the act of travelling in a punt (a flat bottomed, square boat) and the best way to travel in Cambridge.

We bought our tickets and as it was already past noon decided to go for lunch before our tour. We found a restaurant called Revolution and had the most incredible hamburgers! Highly recommended! 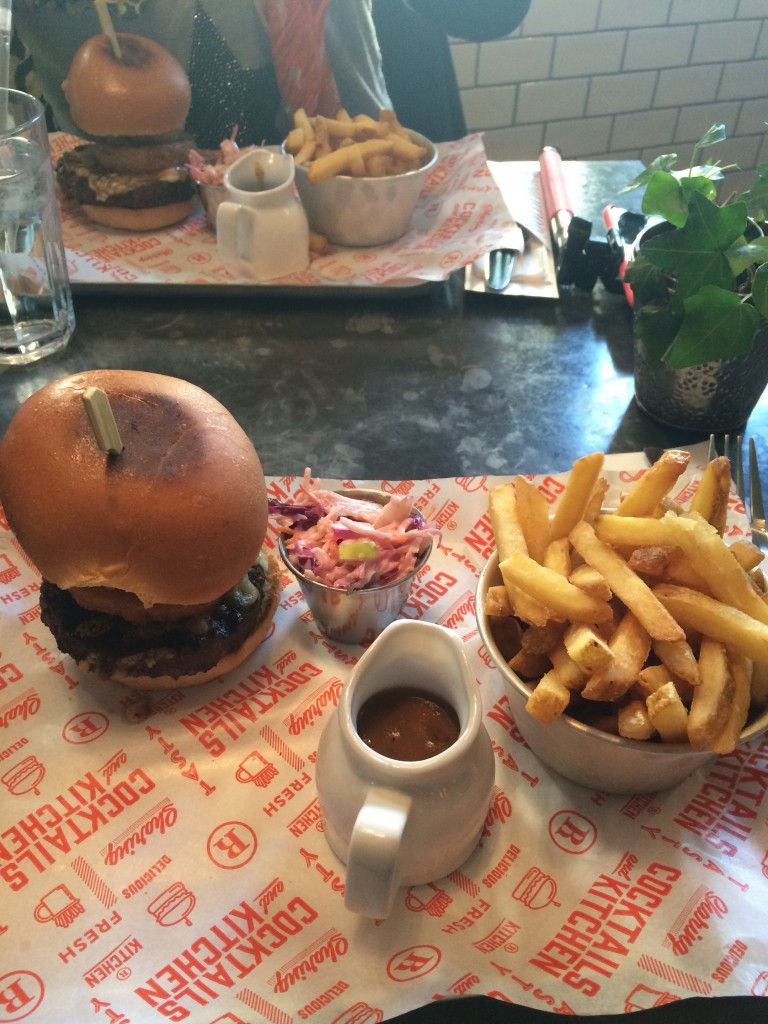 One of the best hamburgers I have tasted in my life!

After lunch we headed back and began our tour of Cambridge, with the first sight being one of the most impressive! 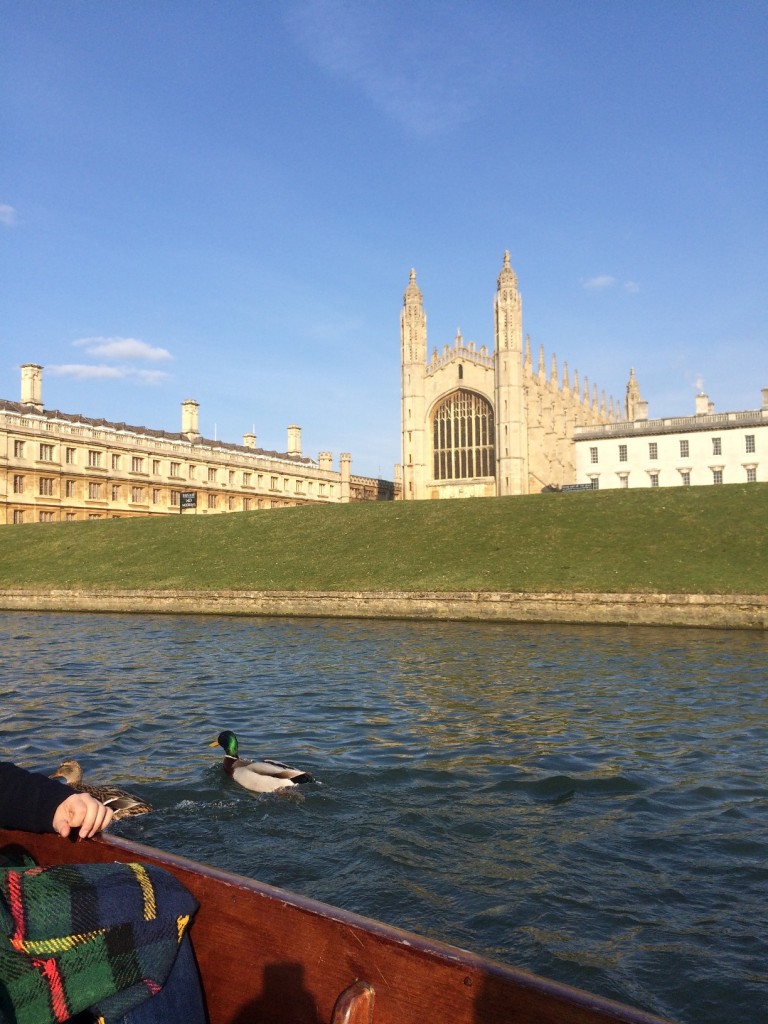 King Henry VI founded Kings College, also known as “Kings College of Our Lady and St Nicholas”, in 1441, but the original building is not the one we see now. One of the most famous aspects about the college is the Chapel, which began construction in 1446. It took over a century to build, with many delays and different parties taking over its construction, but it now has the largest fan vault in the world as well as distinctive medieval stained glass. This year is the 500th anniversary of the completion of the chapel! How incredible! 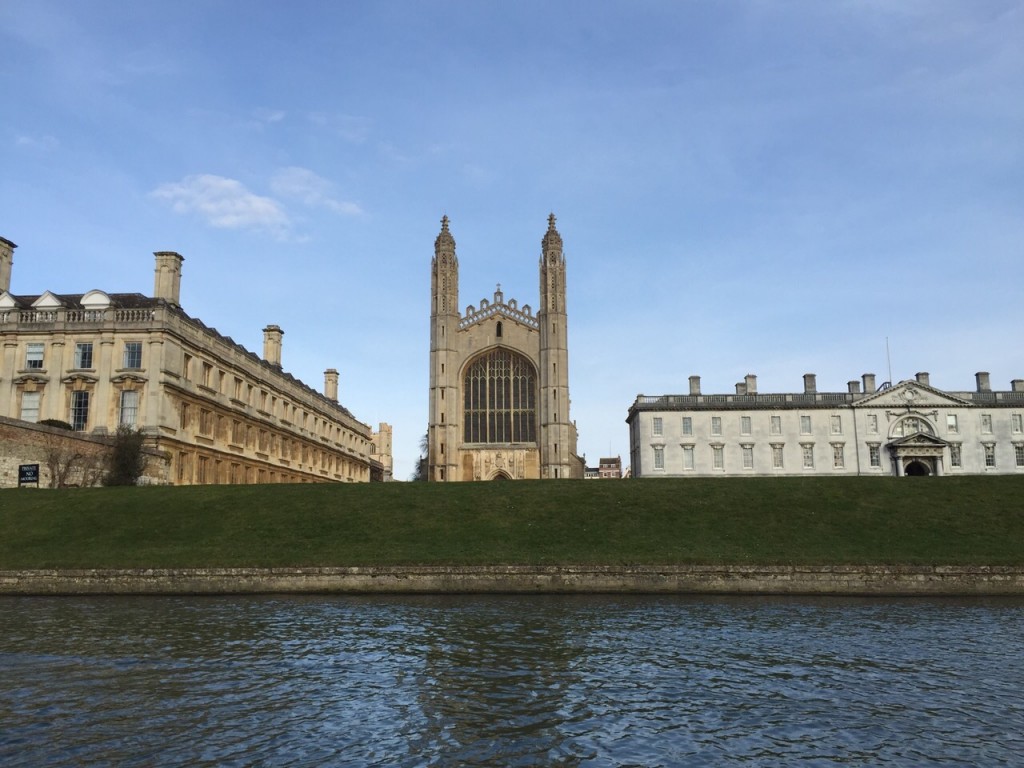 The next impressive college we came across was St Johns College. 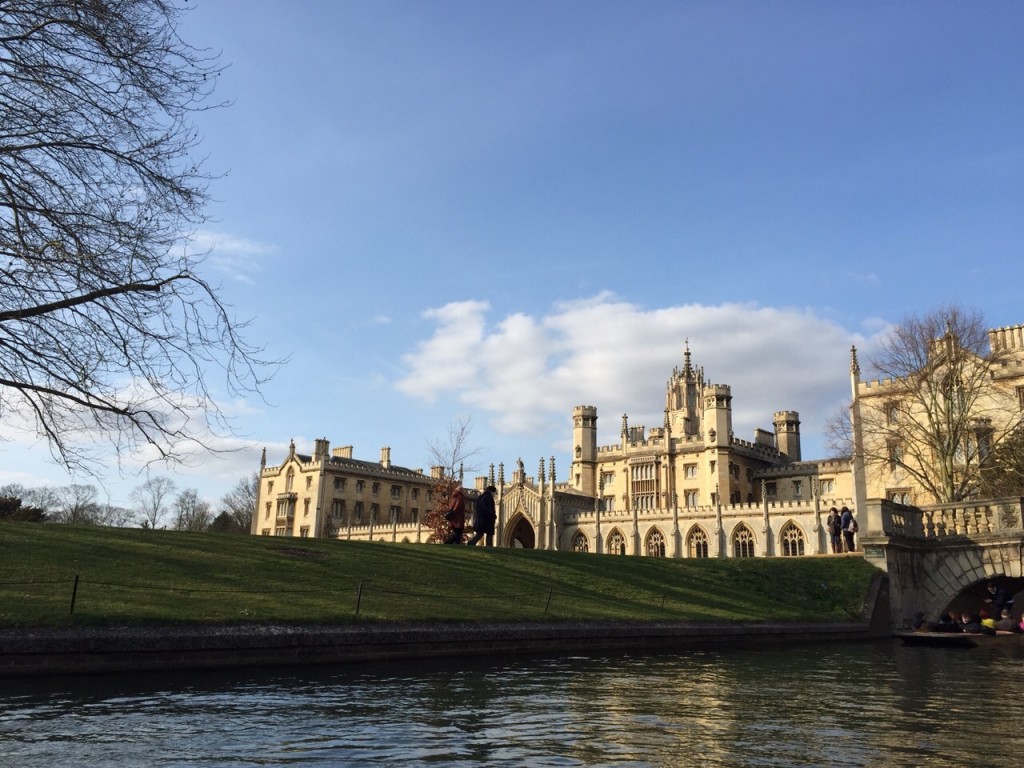 St Johns College is one of the oldest and largest at Cambridge University. It was founded as long ago as 1511 by Lady Margaret Beaufort, and it was initially a hospital which was then transformed into a college.

Did you know that this college was used for the filming of the movie “The Theory of Everything” about Stephen Hawking’s life? I’ll tell you a bit more about the movie shortly.

While enjoying the views over St Johns College we passed under The Bridge of Sighs, it was very beautiful! 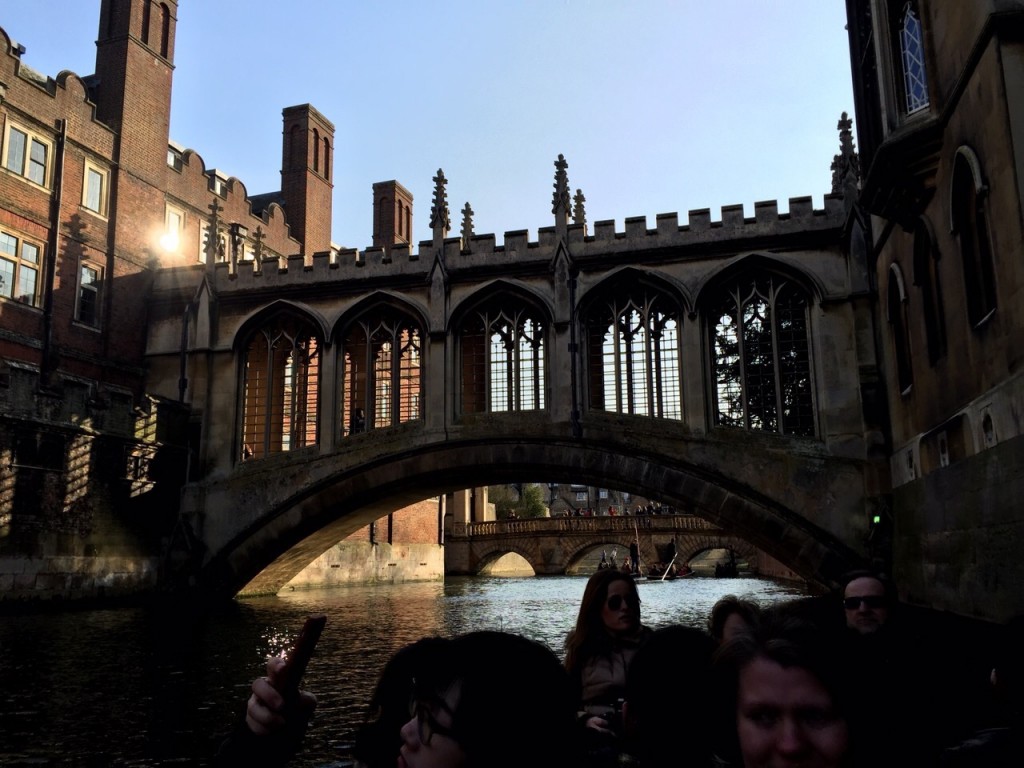 The Bridge of Sighs at Cambridge University

The Bridge was built in 1831 and named after a famous bridge in Venice; however they do not share any similarities other than the name. It is currently used to connect the different courts of the college and it is said to have been one of Queen Victoria’s favorite places.

Not long after we came across the Kitchen Bridge, also known as the “Wren Bridge” after its designer, the famous Christopher Wren. This Bridge is the second oldest in Cambridge, part of St Johns College and the spot where Stephen Hawking and his wife share their first kiss in “The Theory of Everything”! Take a look at the picture below and I am sure you will recognize it too. 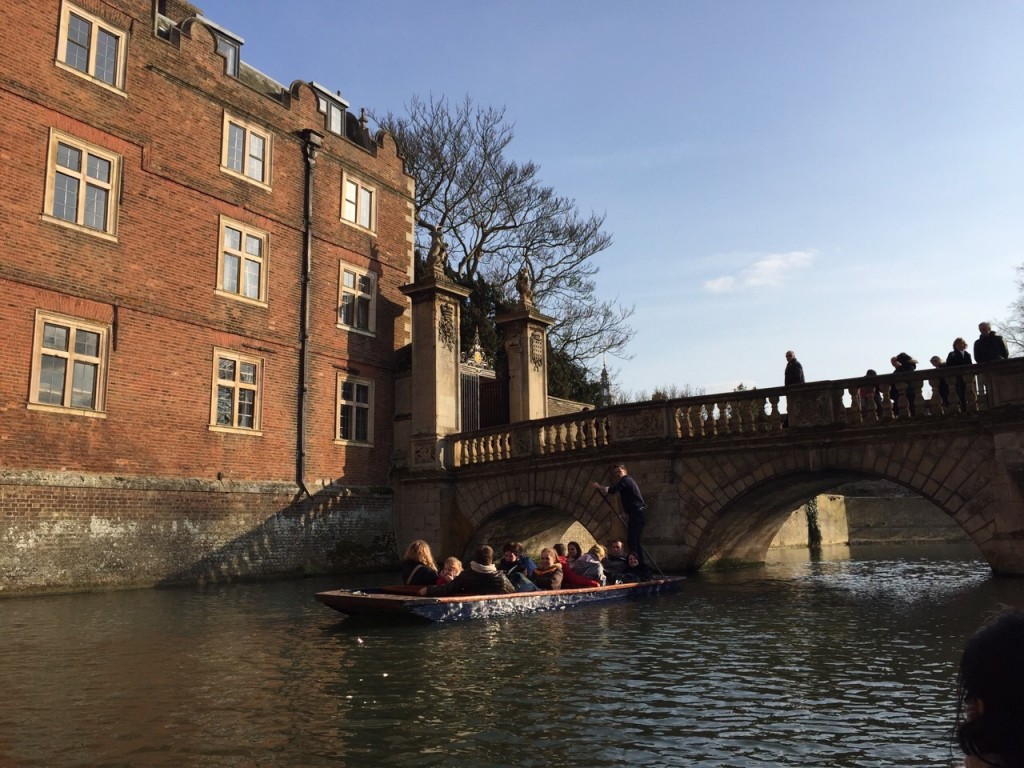 The Kitchen Bridge at Cambridge University and where Stephen Hawking shared his first kiss with Jane Hawking.

Another inspiring sight we came across on the River Cam was the Wren Library. The Library, also named after Christopher Wren, was completed in 1695 and contains many manuscripts (including the original manuscript of Winnie the Pooh), papers, notebooks and special collections, including Shakespeare! I love reading and it is overwhelming to think of all the books that the library holds. 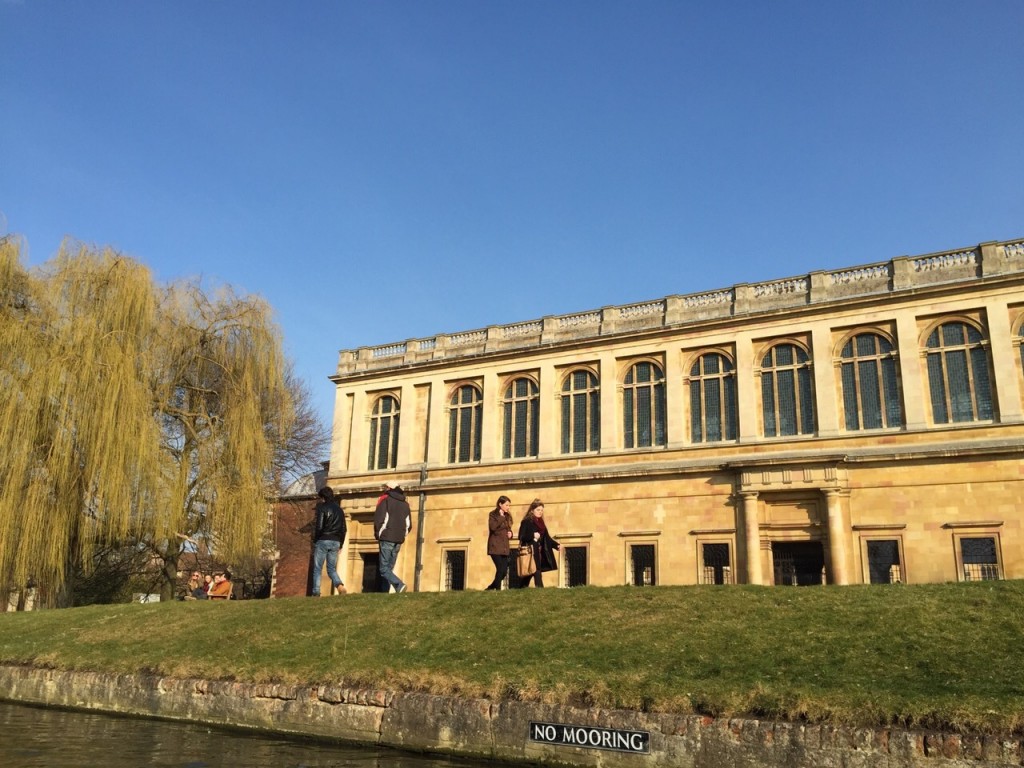 Wren Library at the University of Cambridge

At one end of the River Cam we saw the bridge after which Cambridge was named! 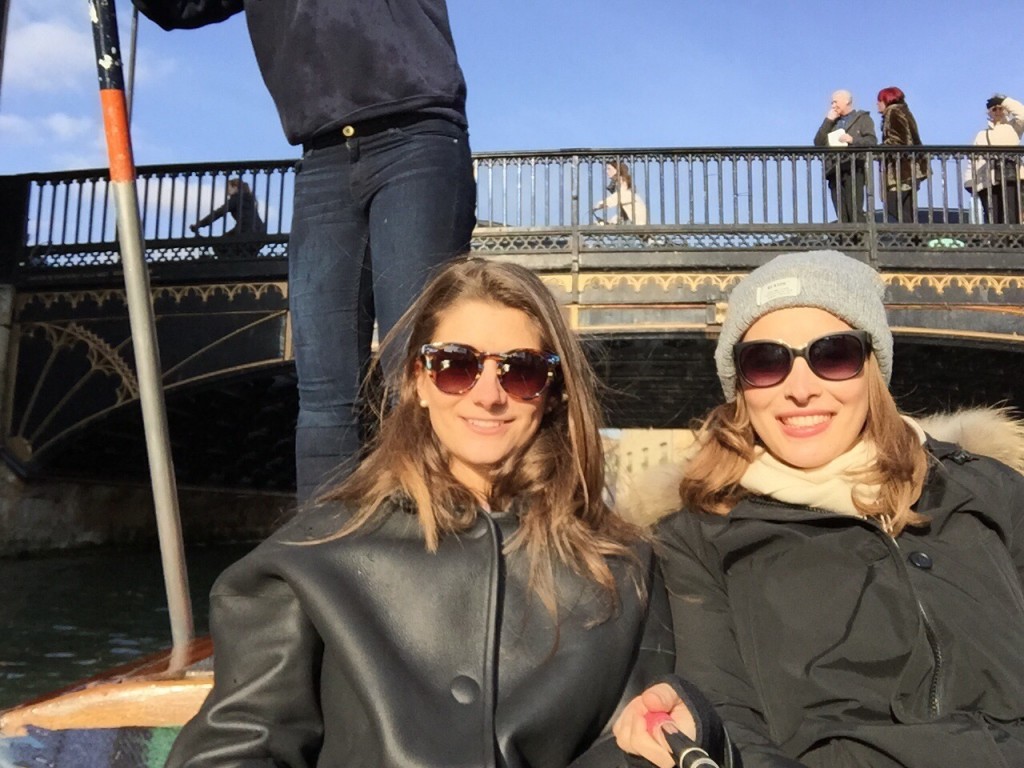 When the land formerly known as Castle Hill was taken away from the Romans by the Saxons, they named it “Grantabrycge”, which translated means “bridge over the river”. As time went on, the name evolved to Cantebrigge and then Cambridge. Did you know there are 23 bridges over the River Cam?

At the end of our tour we arrived back at the Mill Pond where we began and saw the Anchor pub, famously known for being one of the places where Syd Barrett of Pink Floyd was a regular customer. It was initially called Mr E Newman when it first opened in 1864 and is now a great place for lunch! 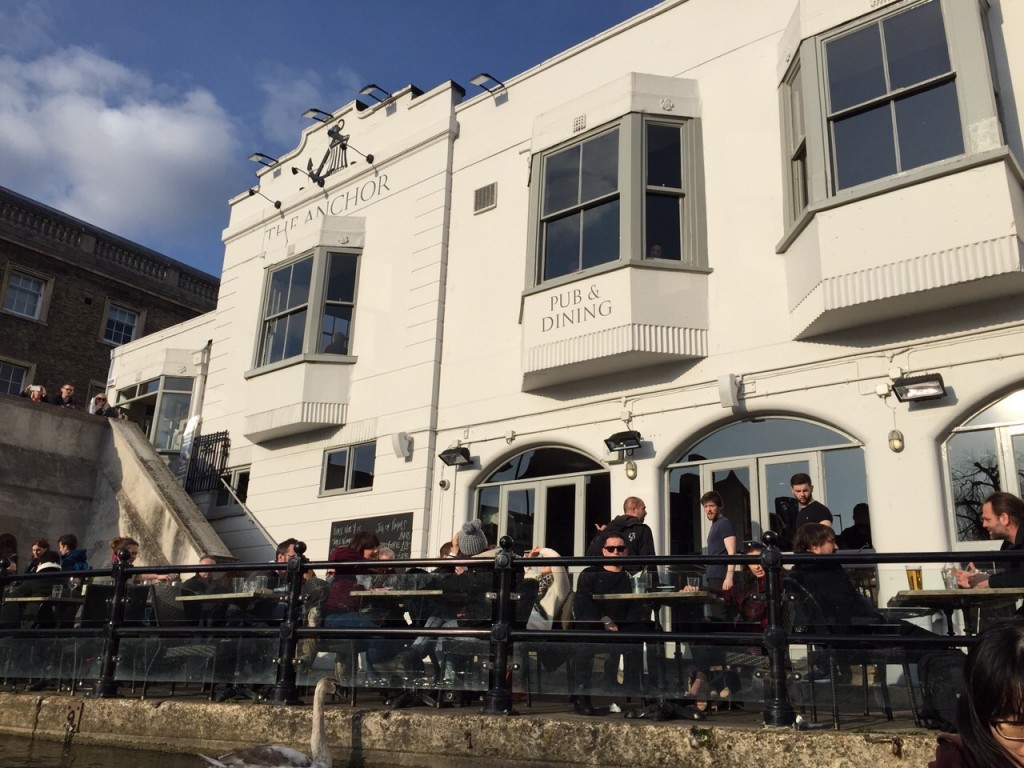 The Anchor at Cambridge

Cambridge has so much to offer. Don’t miss the opportunity to visit if you enjoy history!