When I spent a day in Arnhem I decided to go and spend a few hours in Nijmegen, a quick 15-minute ride away. Nijmegen is a city in the province of Gelderland and is located very close to the German border. Nijmegen made is on my bucket list of Dutch cities to visit because it the Oldest City in the country!

I really had no idea what to expect from the city but I began the walk towards its centre from the train station.

Walking from the station to the city centre of Nijmegen

I first came across Plein 1994 which is a square with many shops and restaurants and a monument in its middle. The monument is there to commemorate bombings that took place on the 22nd April 1994. 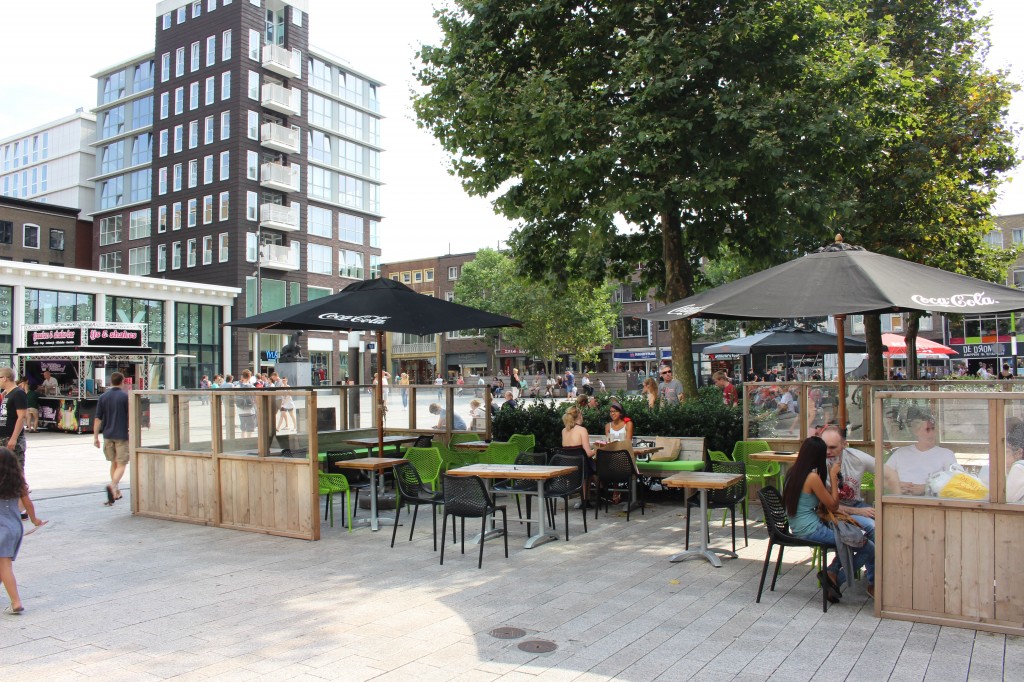 Plein 1944 in Nijmegen, The Netherlands

As I continued towards the centre I was surprised when I saw a street slopping downwards. As you know the Netherlands is a flat country and it is very rare to see a hill or feel like you are walking up or downhill. 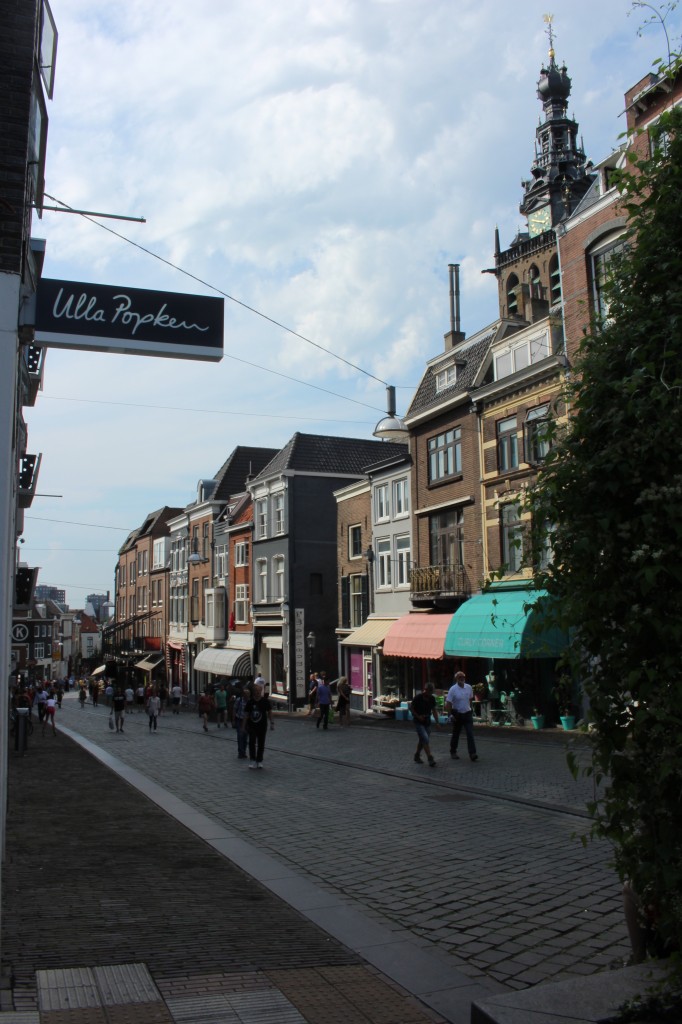 A street in the centre of Nijmegen going downhill

A head I had reached the market square, and it was in fact a market day (Saturday). 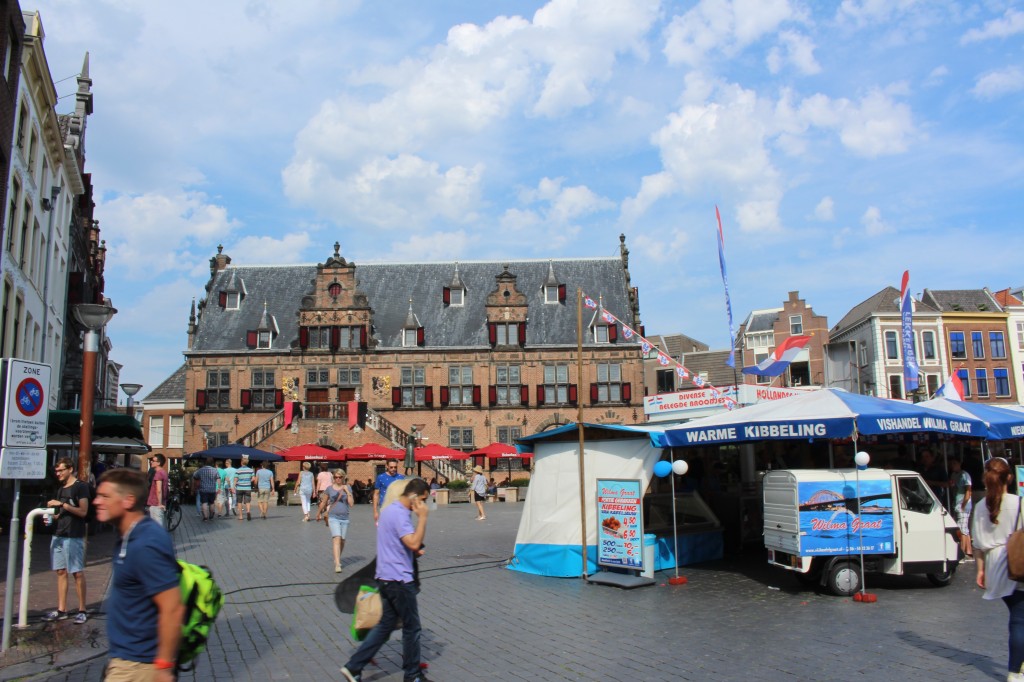 The Market in Nijmegen with the Waagh in the background

The Waagh is this beautiful building that stands out on the market square, there is no way you can miss it. It is a building where you can now find many bars, restaurants and place where you can also hold work meetings and parties. 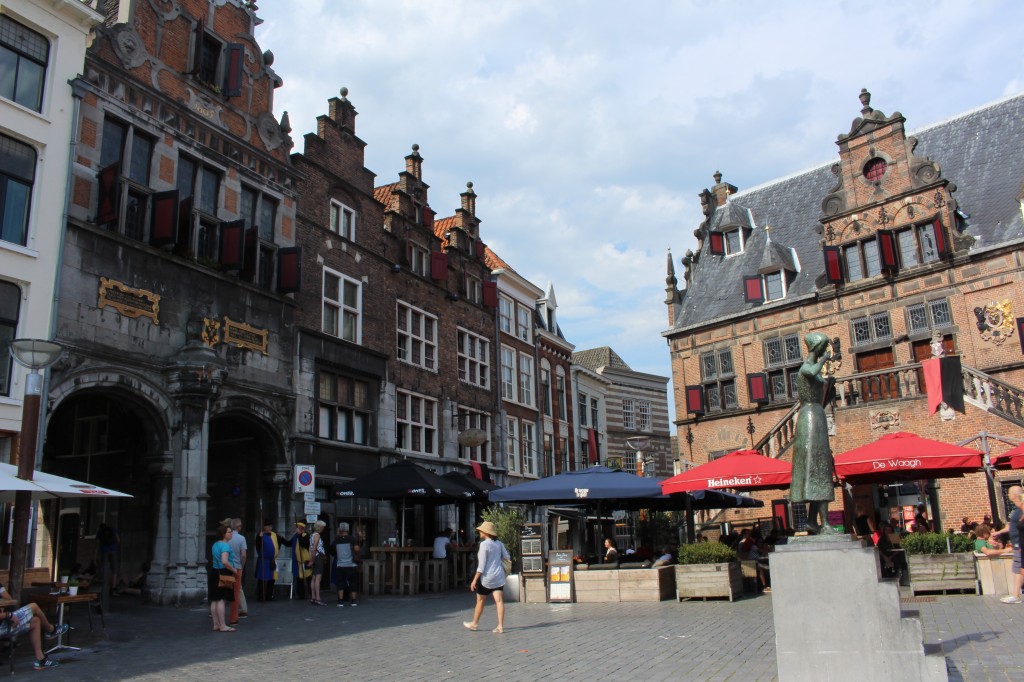 From the Waagh you look at the Markt square 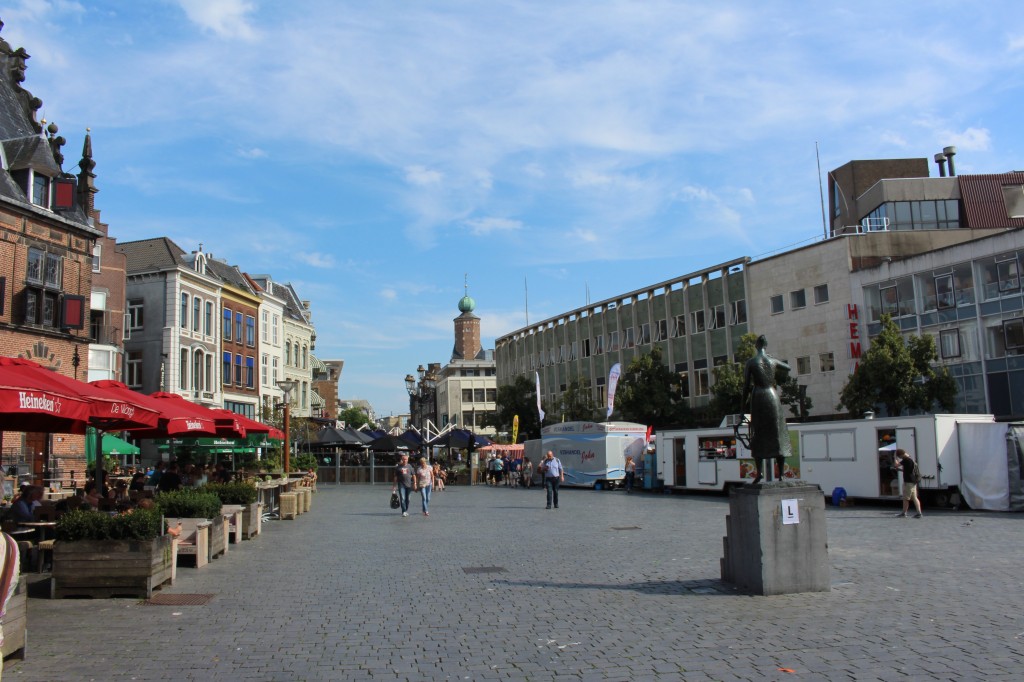 The Market Square in Nijmegen

Next to the Waagh you come across an archway and when you go through it you find yourself in a court and you see the Stevenskerk. 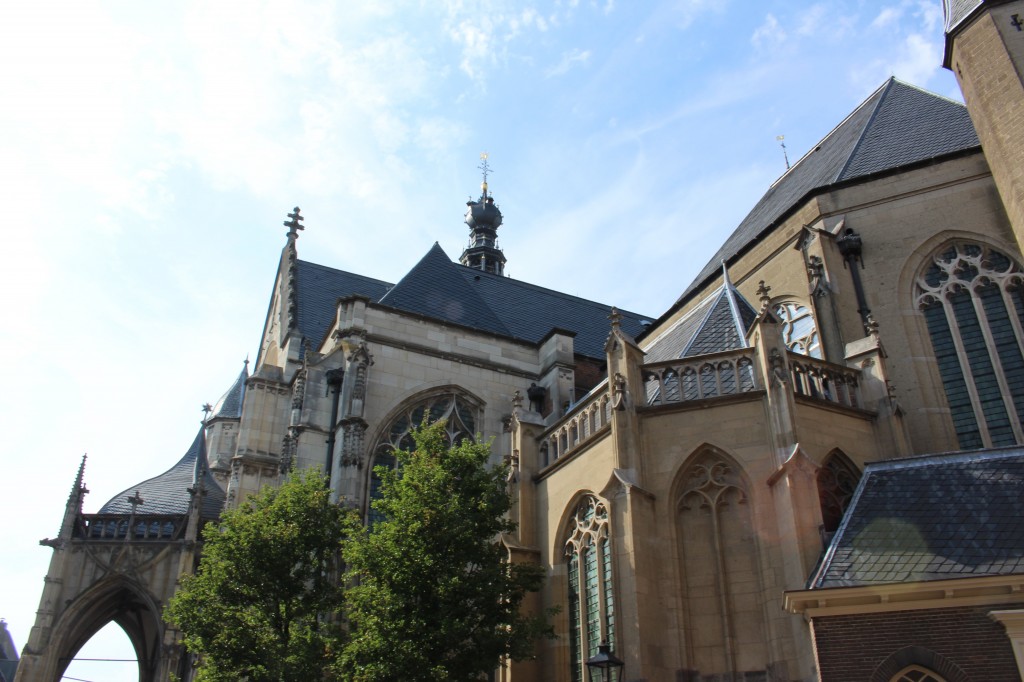 This church is located in the historical centre of the city and is a famous attraction that is open for tourists as you can visit its tower, the burial vault of Catherine of Bourbon and hear the king organ play.

The church was built in the 13th century and was consecrated by the bishop of Cologne. The building continued into the 15th and 16th century when the tower, clocks and chapels were put into place. During the bombing that took place on February 22 1944, the tower collapsed and was renovated to be opened again at a later date by presence of a member of the Dutch Royal family. 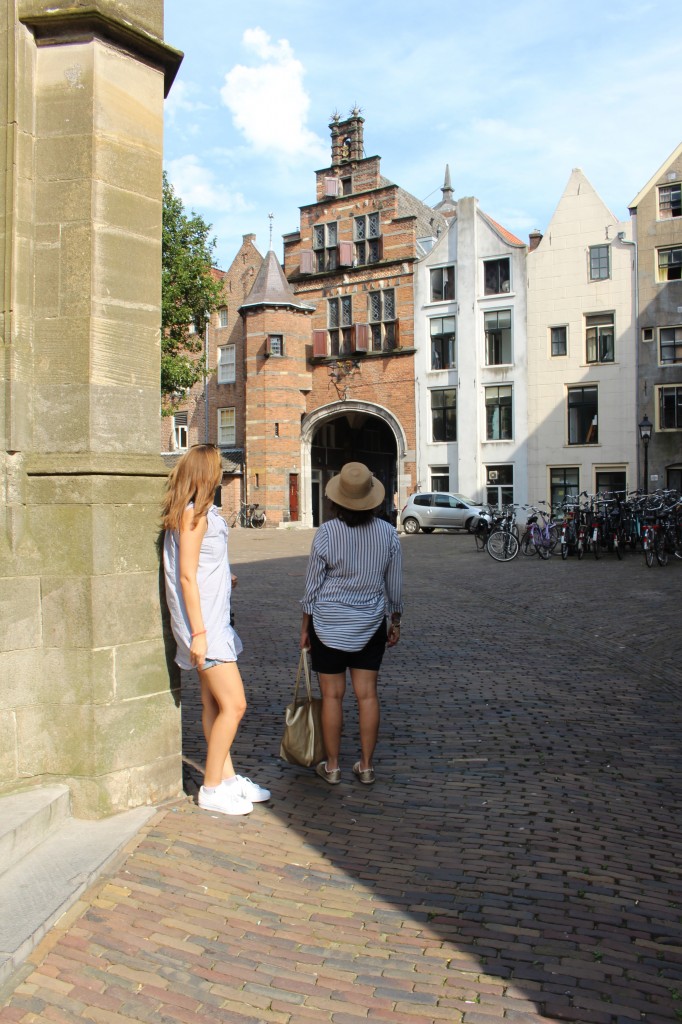 In the court of the Stevenskerk in Nijmegen

Walking around the court there were many narrow streets and one led to the oldest cafe in the city called the “In de Blouwe Hand” (the In the Blue hand). The café has been open since 1542 and serves food on its terrace and has a beer and wine card for its interior. I peaked inside and it looked charming. 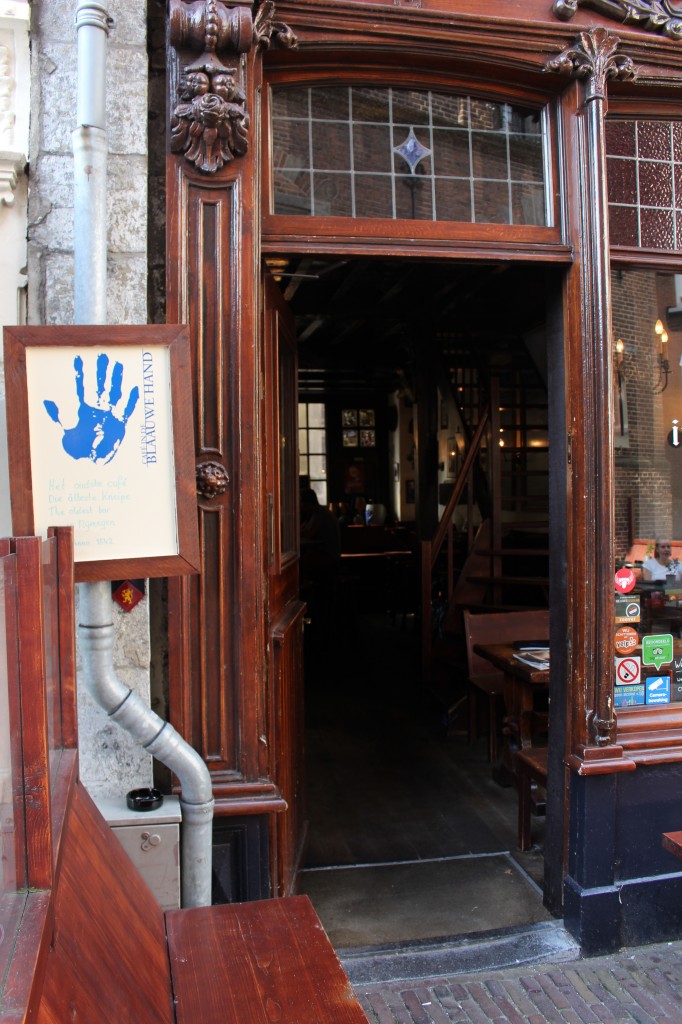 The oldest cafe in the city, the Blouwe Hand

On the other side of the narrow street you find Medieval houses. 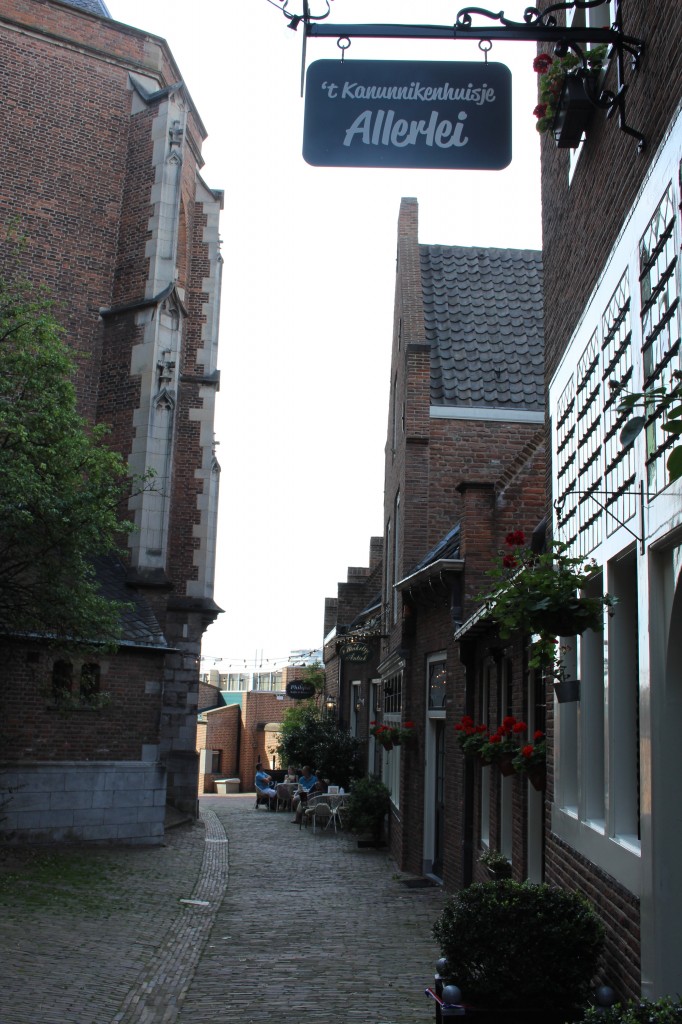 These houses are located right behind the Stevenskerk and there is one little café towards the end of the street where people are sitting on a terrace. It is quite a dark street and its amazing to think of how long it has been there. 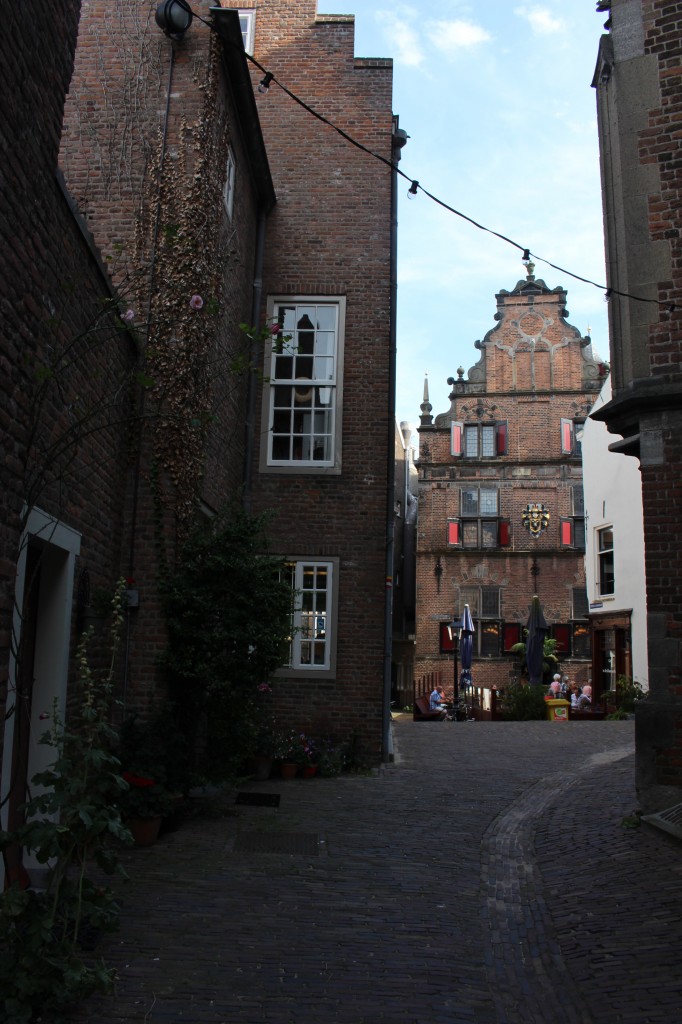 Narrow alleyways around the Stevenskerk in Nijmegen

After walking through the Market square I walked along the market and reached the city hall of Nijmegen which is open for visitors. What we can see now was also partly rebuilt after the bombings in the second world war but it is still an interesting building to look at. 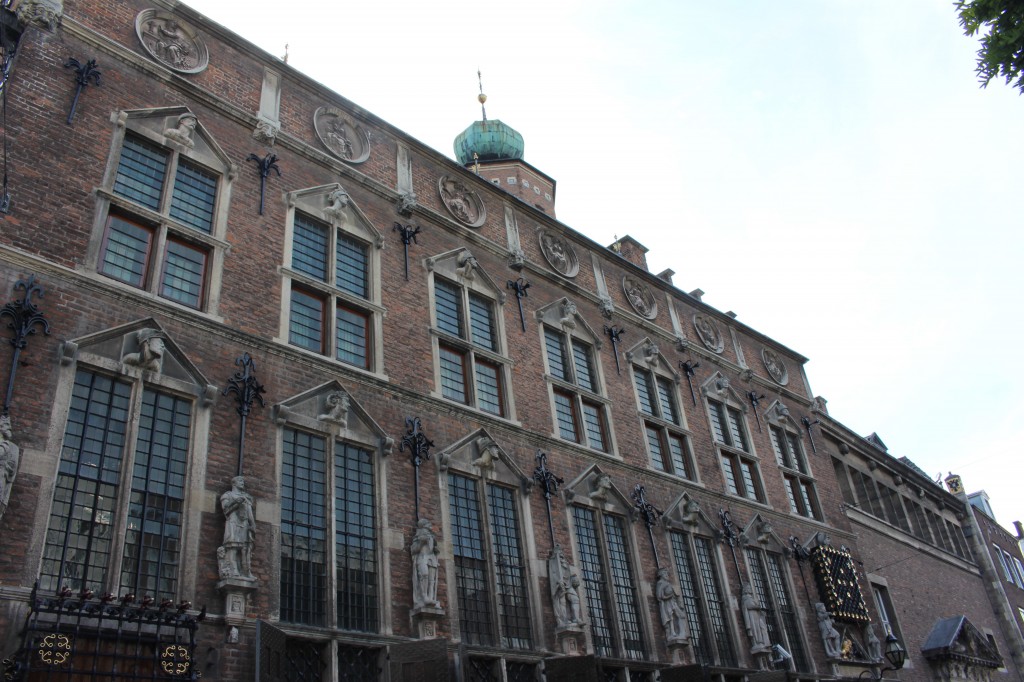 The City Hall of Nijmegen

I continued to walk along the market for a few more minutes and there were all kinds of things on sale, clothes, records, food, and art. 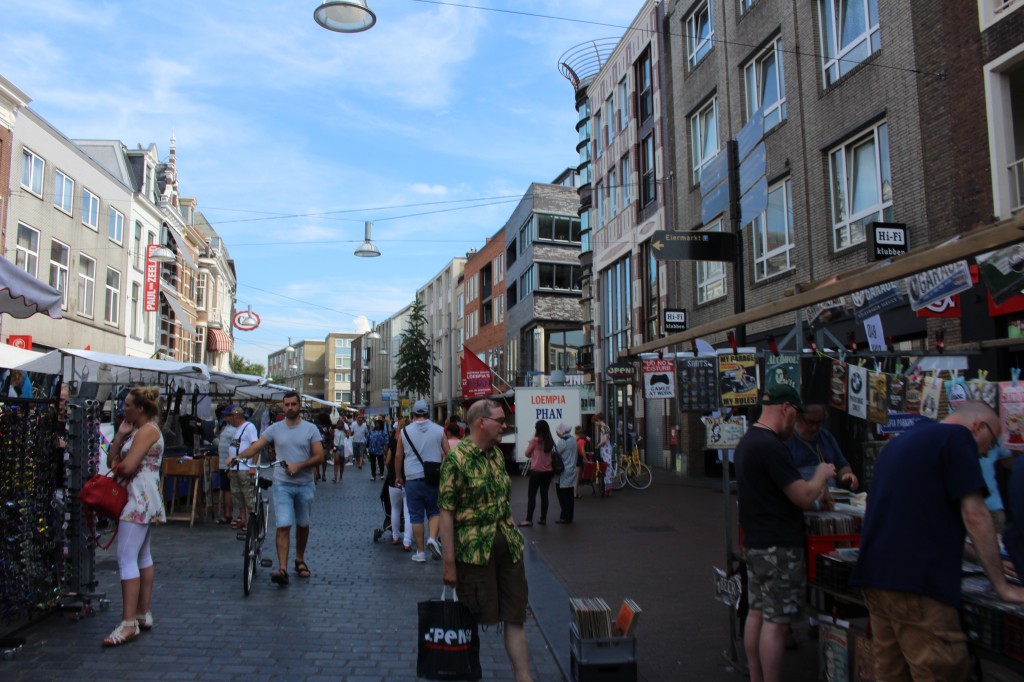 The busy Market in Nijmegen

Having seen enough of the market I saw a street which led downwards and took it as I could see the blue of the river in the distance. Once again it’s so unreal to be walking down a hill in the Netherlands (trust me if you spend enough time here, it would be unfamiliar for you too) 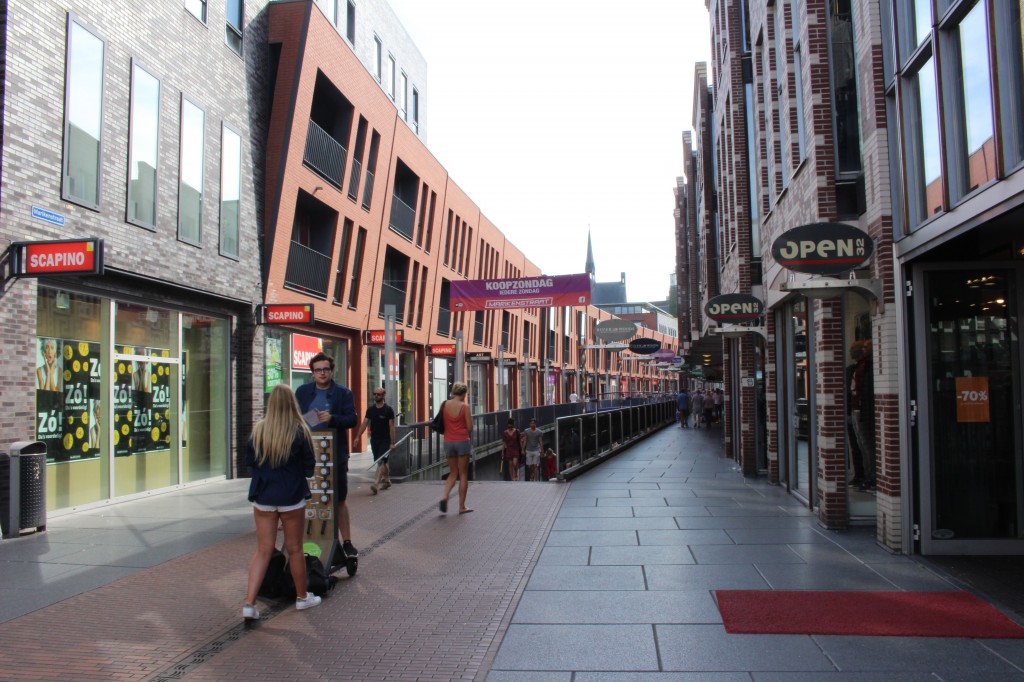 Walking downhill towards the water in Njmegen

There were many streets linked to this one and they looked more like residential areas. 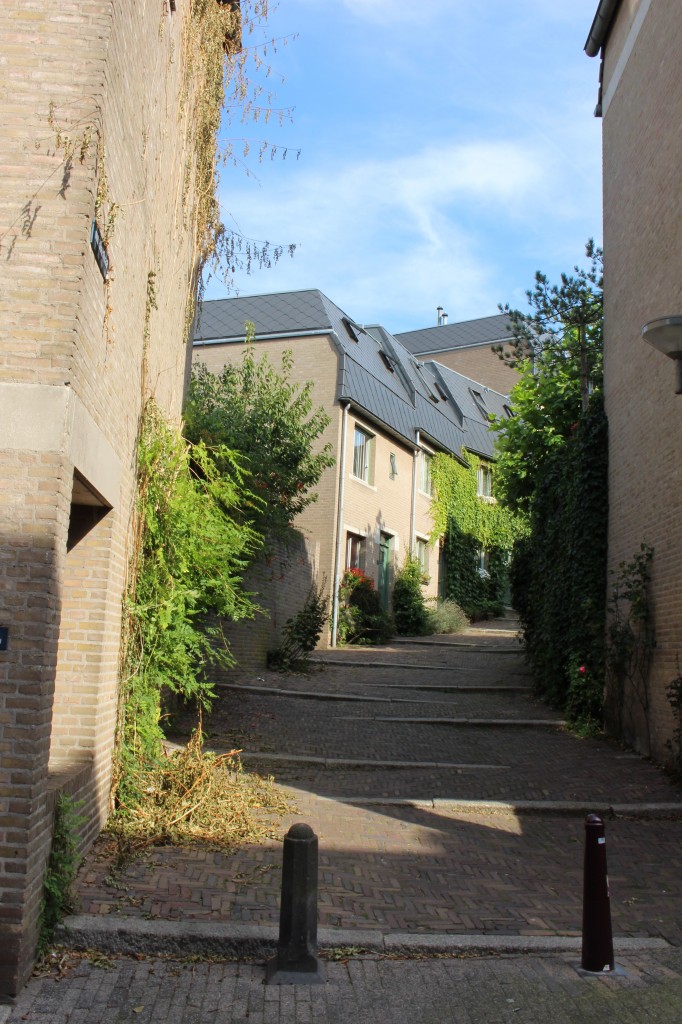 Peaceful and distinct streets in Nijmegen

Just a few minutes later I was standing in front of the river Waal on the Waalkade. On the Waalkade (the street that runs along the river) there were several restaurants and terraces. 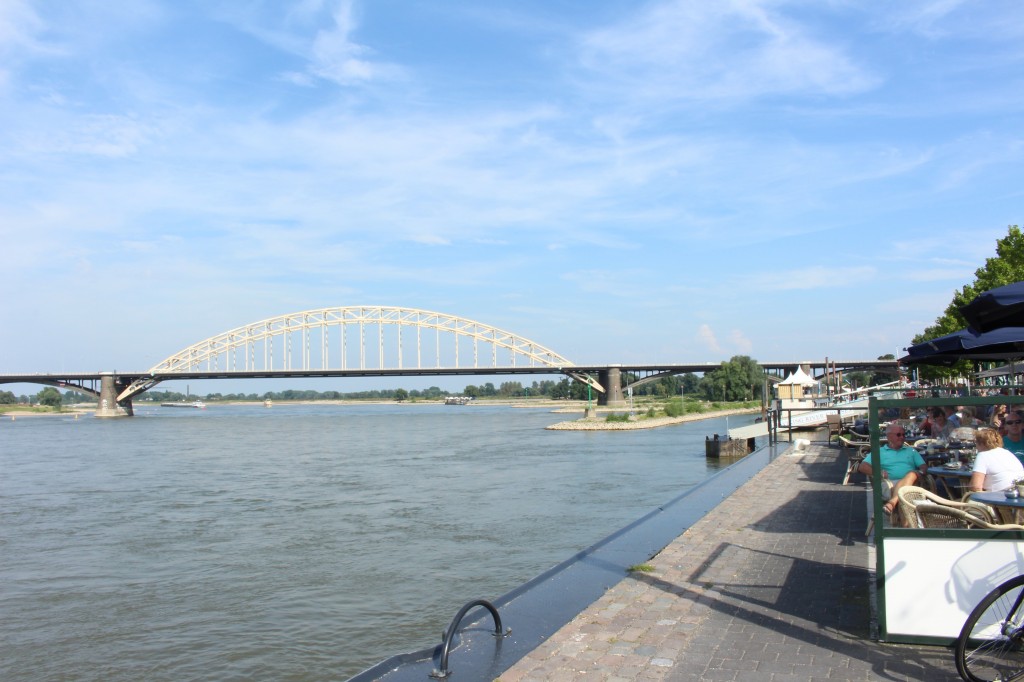 The river Waal in Nijmegen

On the other side I could see the Waalbrug, the bridge the train passed over when coming from Arnhem. This 604-meter bridge was inaugurated on the 16th June 1936 by Queen Wilhelmina. The inauguration was celebrated as the bridges construction was delayed by many years due to the first world war and then the second wold war where a lot of damage was caused. 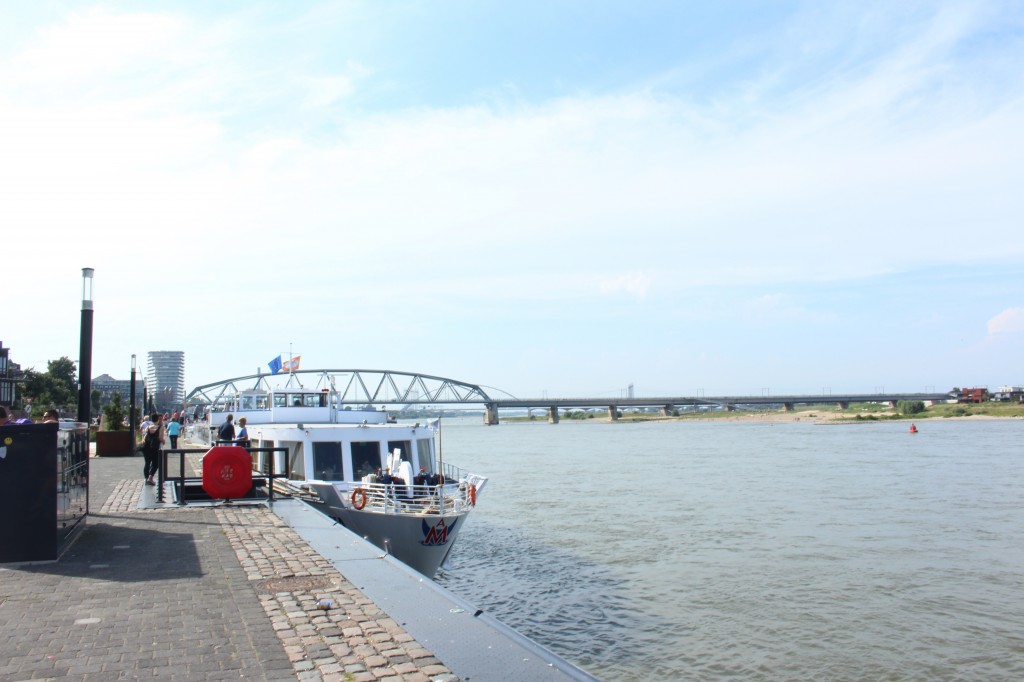 The river it is only 3 bus stops away from the train station! After a long day I ended up taking the bus back and on the way I saw the Valkhof Park with the famous Valkhof museum (a must-see) and the Sint NicolaasKapel. You can either start from the train station go through there, reach the river and go up or do it in the direction that I did.