Although I am not the biggest football fan, I am seriously considering becoming one. A few days ago Ursa and I went to Stamford Bridge. I knew it was a stadium, and I have already been to a few in the past so I knew what to expect. However, what I saw was completely different to my previous experiences. First of all, I expected to see the stadium standing out in the distance and was intrigued when I noticed it is just a few minutes’ walk from Fulham Broadway in the middle of the neighbourhood.

The entrance to the Chelsea Football Club. Impressive! 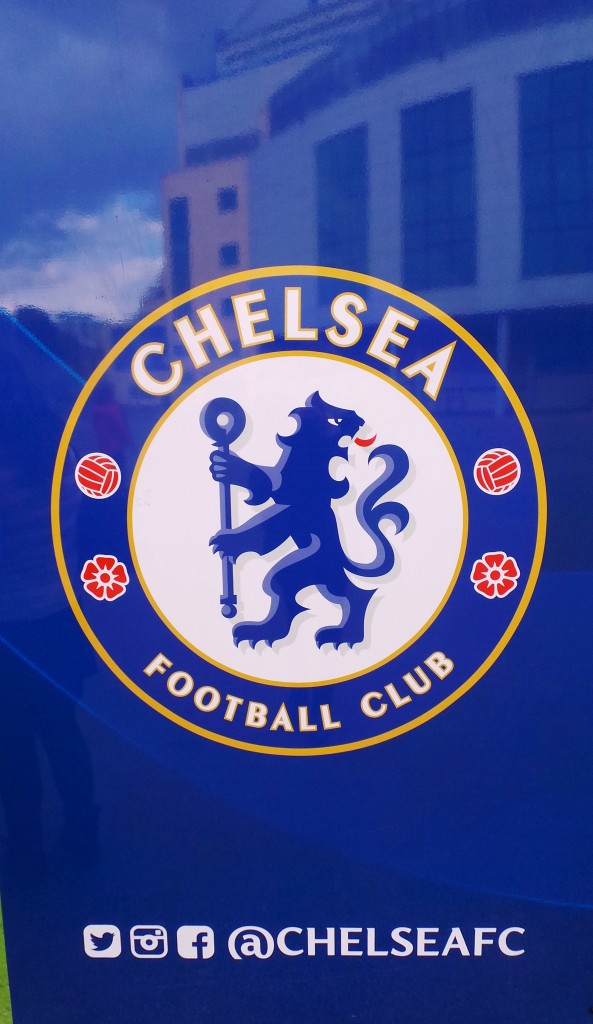 We were greeted by David who was hospitable and gave us a tour of all that makes up the home of one of the best (I am being diplomatic) football teams in the world.  Not only is there a stadium with 40,000 seats but there are two on site 4 star hotels, an exclusive health club and spa (frequented by celebrities), two restaurants and a private music venue! 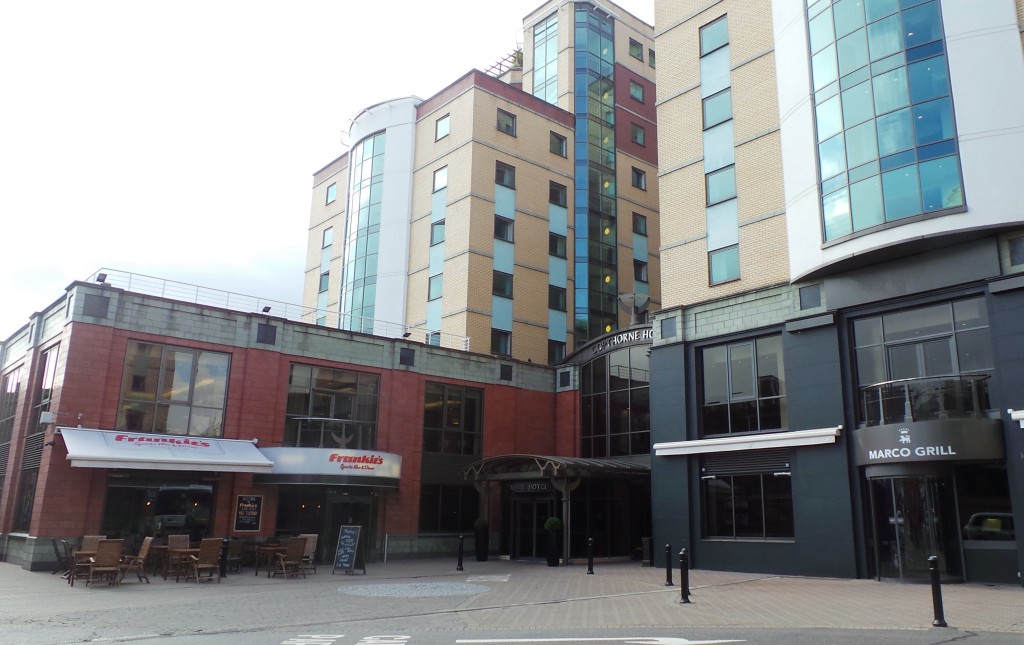 Football, Food, and a place to stay… What else do you need? 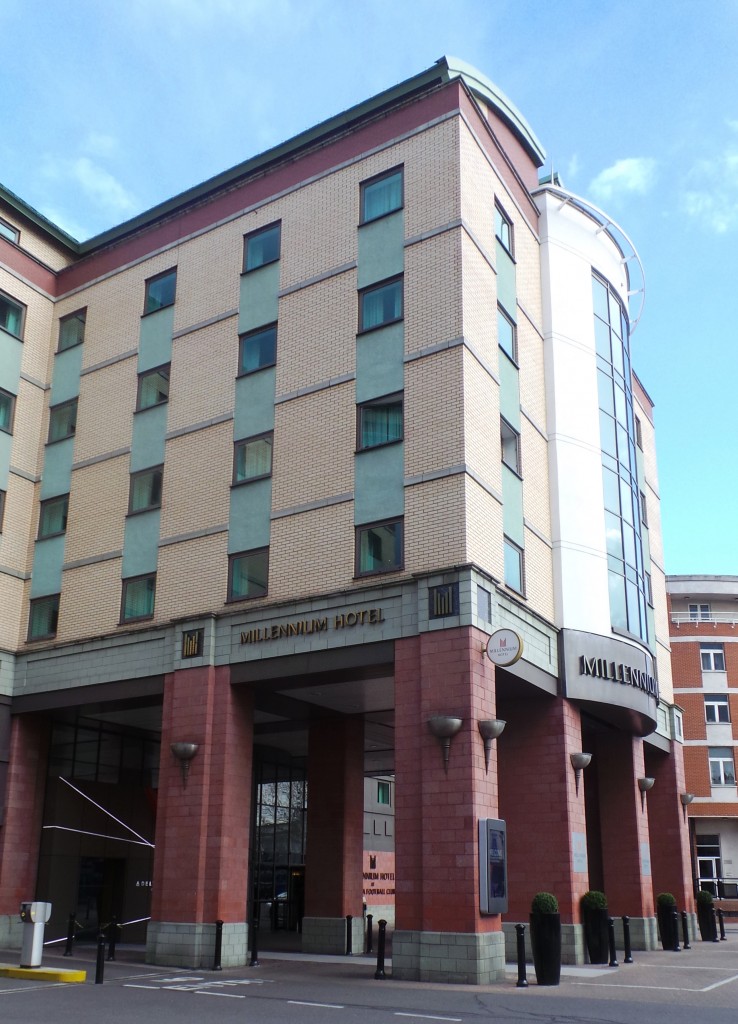 1 night at the Millennium Hotel please!

The music venue which you can have a peek of below recently had renovation and now holds a similar same sound system set up as the 02 arena. This venue called Under the Bridge has hosted performers such as Alicia Keys and Bruno Mars. 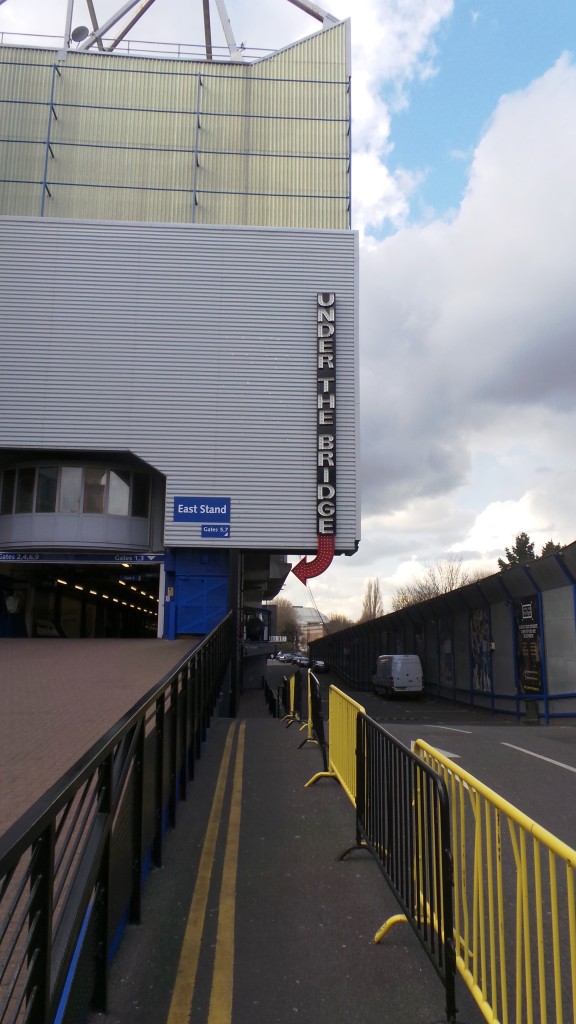 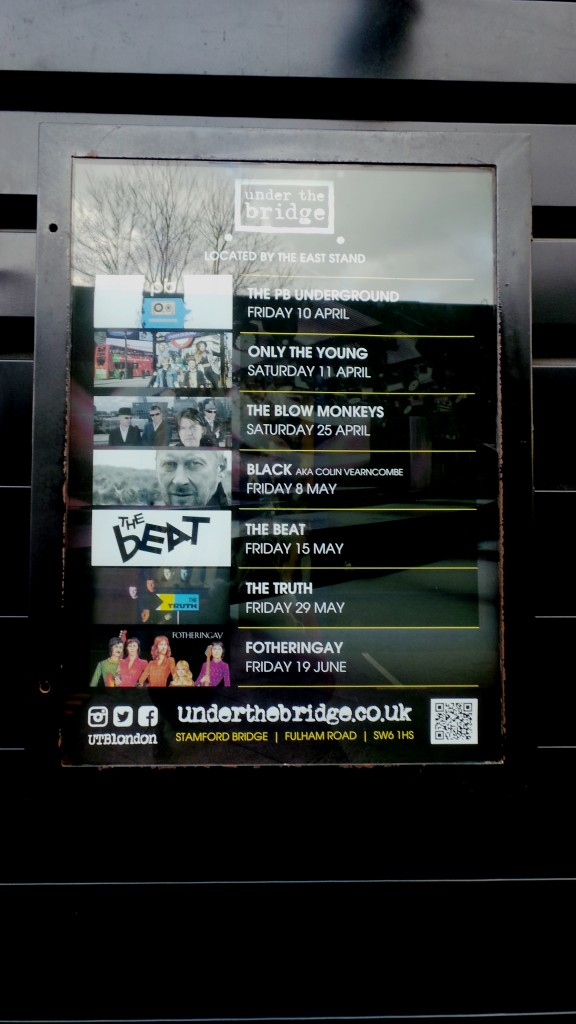 Future events at Under The Bridge

When I initially thought of the 40,000 seats it seemed like a lot but when you compare it to other stadiums it is not that much. This means that you are that much closer to the pitch and have less people between yourself and all the action (and players)! 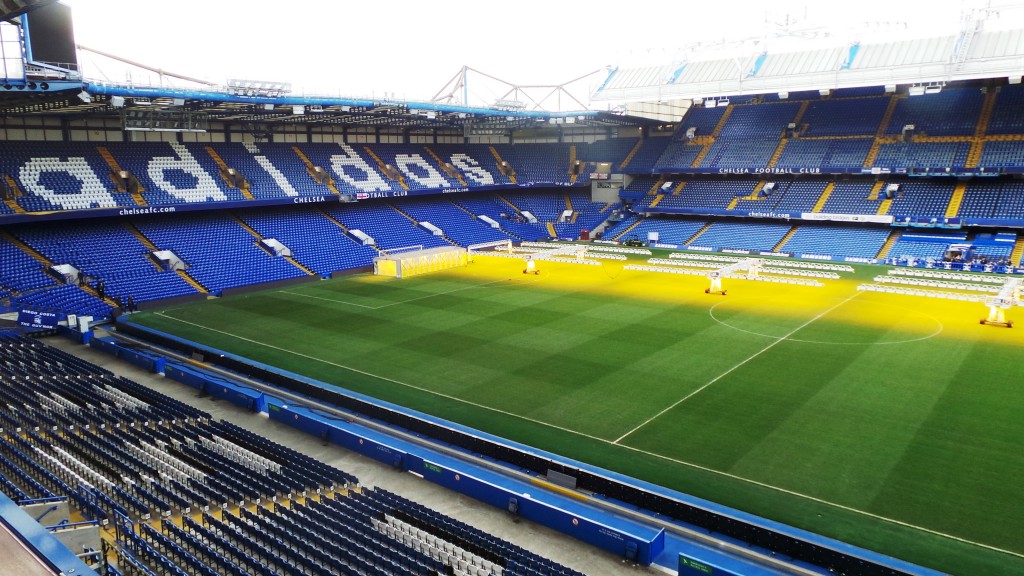 If you haven’t been here yet, go!

Not only did we get a chance to see the stadium but we were told about all the experiences available for Match day. These experiences (luckily I am not yet a great fan because they are too awesome to resist) include private boxes, tours and matches.