The month of June is an ideal time to visit London, it is a good time to make the most of the beautiful parks and attend some of the most famous events in the capital.

Last weekend I had an incredible time in one of London’s great summer outdoors events at The Polo in the Park. Over a three day tournament with a total of six international city teams played for the Chestertons Polo at  Hurlingham Park in Fulham. Accompanied by an amazing time, the fresh food outlets, the Luxury Shopping Village and the PIMMS’ Bus and Garden to delight an icy glass of PIMMS, made my visit very pleasant.

For art lovers, London is the opportune place to meet the artistic trends of this year on the world’s largest open entry exhibition. The Summer Exhibition at The Royal Academy, which visits us every June and remains all summer, since the opening only a few days ago, on the 9th, to display over a thousand pieces of work by independent artists from around the world – This year I recommend the black and white room curated by Cornelia Parker.

Summer Exhibition at The Royal Academy

Although The Queen was born on the 21st of April, the second Saturday in June, the Royal House stands a celebration with the Trooping the Colour Ceremony. It is a tradition since the 17th century where the official birthday of the Queen of England is held – this year will take place on June 14th. The festivity consists of a spectacular parade where soldiers on foot and horseback, dressed in their spotless uniforms and traditional bearskin hats, pay homage to Elizabeth II. The Queen rides in her carriage at the head of her Guards through the Mall, the Horse Guards Parade, Saint James’ and Whitehall, to terminate in Buckingham Palace and take the Royal Salute. To finish, the Royal Family gathers on the balcony of the Palace to watch an RAF flypast. 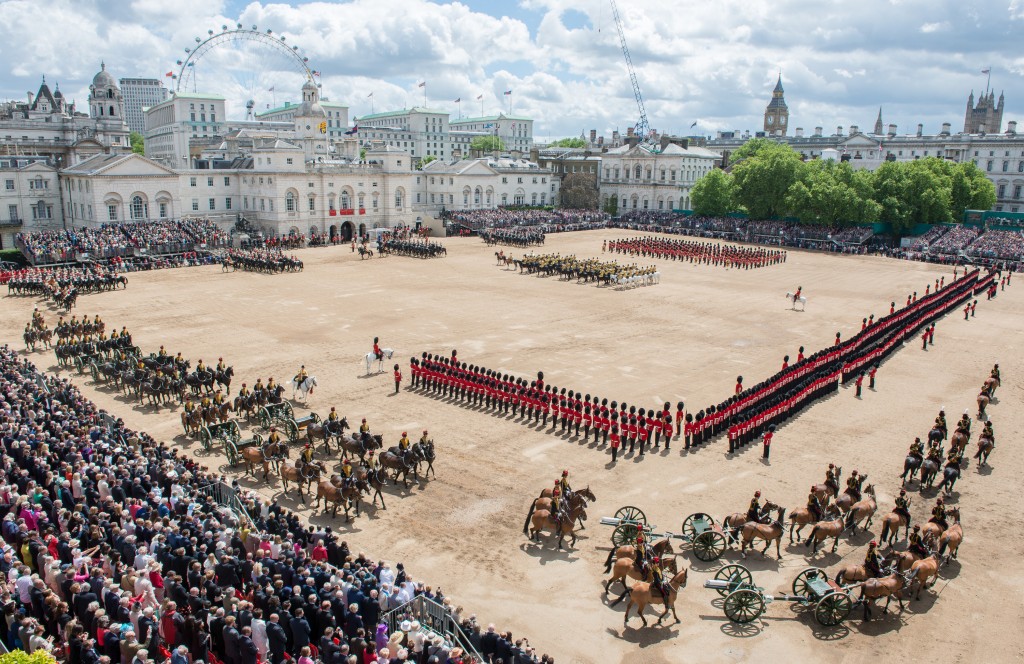 Staying with the royal calendar, Royal Ascot is the most glamorous event that marks the beginning of the summer season for more than 300 years and is one of the essential events on the calendar of the British high society. During 5 days – this year from 17th to 21st June – you will enjoy the world-famous horse racing meeting, with the best of the horse racing season in the real racetrack. The royal family goes every day in the carriage from Windsor Castle to see the horses run. One of the most important days is the “Ladies’ Day”, which always falls on Thursday and The Royal Ascot Gold Cup is celebrated – This day is also known as the “parade of hats,” where men go with a tuxedo and a top hat and women with stylish dresses and flawless hats.

To put the finishing touch to this eventful month, one of the four Grand Slam tennis tournaments and the only major still played on grass: The Wimbledon Championship – from 23rd June to 6th July 2014. It is considered for the lovers of tennis one of the biggest and the most prestigious tennis tournament in the world.  Even if you can’t make it to Wimbledon, it seems everyone enjoys the occasion with fresh cream and strawberries and once again the so familiar and welcomed glass of PIMMS.  There is a lot of activity in London and it’s no wonder that the biggest question of the season is heard at most occasions – “anyone for PIMMS?”!