If you are holidaying in Palermo, you are sure to find yourself lost for time when it comes to squeezing in all the major attractions – your itinerary will be jam-packed and you may find yourself skipping some places when in a rush. Fear not however, as here is a handy guide to all the best monuments and sites that should be a priority. The Capuchin Catacombs reflecting those seen in Rome, these burial catacombs may initially seem like a morbid tourist trap but they are actually a fantastic historical record.

When the city’s Capuchin monastery outgrew its cemetery in the 16th century, crypts were excavated below it. The bodies soon were washed with vinegar and then dehydrated on ceramic pipes in the catacombs. This place was originally meant for just friars but it soon became a status symbol to be buried here, and priests were even writing in their wills to be placed here and have their clothes changed at regular intervals. The last friar to be interred here was Brother Riccardo in 1871, and with the last burials taking place in the 1920s, the site soon became an attraction for curious tourists.

In total, there around 8,000 mummies here, some of which are even set in bizarre poses, such as children sitting in rocking chairs – creepy stuff. Teatro Massimo Vittorio Emanuele this opera house on the Piazza Verdi is not only the biggest in Italy but the third largest in Europe. Known all over the world for its amazing acoustics, this classical building seats up to 1,350 and is the place to go even if you don’t want to catch a production. That is not to say you should not try and nab tickets – regular shows are held here, while movie buffs will notice that this theatre is where the final scenes of The Godfather Part III were filmed.If you want to see what may be playing during your visit, be sure to check out the official website.

Palazzo dei Normanni this royal palace was the seat of the Kings of Sicily during the Norman domination, and has since been the main seat of power for the region’s various rulers – it is even now where the local parliament resides. Standing majestically at the highest point in the old city, some parts of the palace date back as far as the 9th century, with Arabian vaults still being found in recent excavations.When the Normans conquered the area in 1072, Palermo was named the capital of the Kingdom, and so the former Arabian palace was transformed into a residence complex. Highlights to look out for on your tour include the Cappella Palatina, built by King Roger II in 1132, the Sala Rossa and Verde reception rooms, and fantastic mosaics constructed in the 12th century.

Santa Maria dell’Ammiraglio commonly known as the Martorana, this church overlooks the Piazza Bellini and it is part-museum part-place of worship. The church is centred on welcoming Albanian and Greek communities, and so it is not a surprise that its architecture combines Islamic art with western styles. For example, a frieze along the top of the exterior walls references northern Africa architecture with Greek text, while wooden beams inside bear Arabic inscriptions that actually come from Christian liturgy.Walking around here, you may feel like you are in Morocco for a second, and then back in Italy, and you are sure to be wowed by the church’s sheer magnificence – not to be missed.

Palermo Cathedral another major place of worship in the city is this cathedral complex that was initially built by Walter Ophamil in 1185. This site has had an interesting history, having once been a mosque, then a Renaissance tower, and also having undergone a series of additions, changes and restorations as recent as the 18th century.The result is a mismatch of different architectural styles that can be enjoyed. Make sure you also see the ‘treasures of the cathedral’, which are a series of artefacts from the 16th to 18th centuries. These include chalices, enamels, jewellery and embroidery – highlights to look out for include the gold tiara of Constance of Aragon and the breviary parchment of the 1452 Coat of Arms for Archbishop Simon of Bologna.

Botanical Garden located within the city and spanning 30 acres, this garden also serves as a research centre for the University of Palermo. This is the ideal place for a tranquil stroll in the late afternoon as the sun is beginning to set. Walking around here, you will encounter the Aquarium, a huge round pool that is divided into 24 sections and is home to a wealth of flora. There is also the greenhouses that home succulents, house bananas, ferns and papaya. 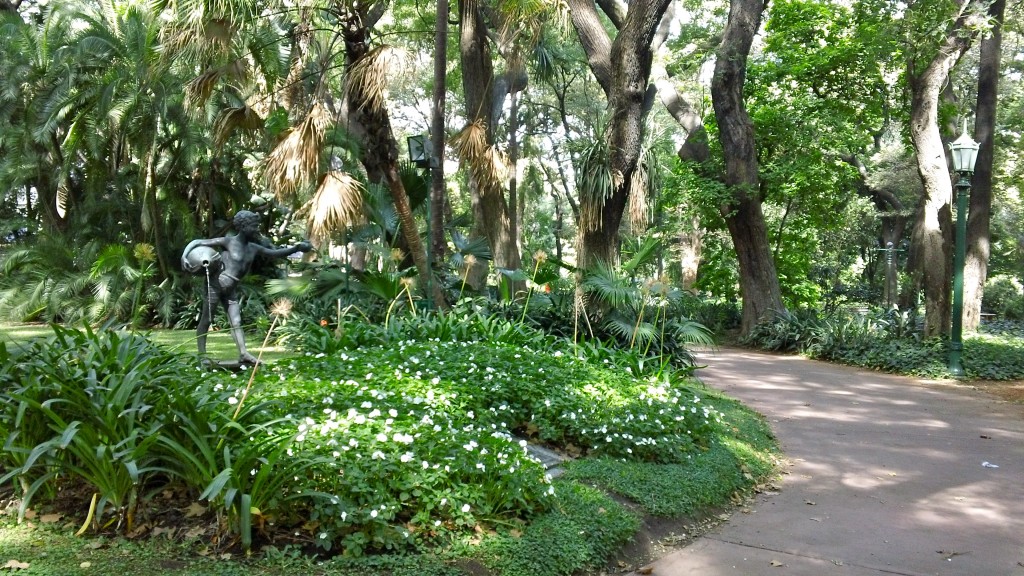 Over in the experimental zone, tropical and subtropical plants live, while work is being carried out looking at the production of sugar cane, cotton, oils, fibres and resins. Other areas to look out for include the herbarium, the geographic-centric zones and the gene bank. Quattro Canti this Baroque square was initially laid out at the crossing of two major streets (the Via Maqueda and the Corso Vittorio Emanuele) between 1608 and 1620. With the square being octagonal, each of the four sides is home to a fountain with statues of the four seasons, the four Spanish kings of Sicily and various patronesses of Palermo. Interestingly, when these were built, it was one of the first major examples of town planning in the continent.

Places to stay the great thing about a city like Palermo is that you have ample choice when it comes to places to stay. If you are looking for luxury and a comfortable experience, and yet remain affordable for the whole family, consider either Hotel Principe Di Villa franca or Hotel Plaza Opera, both of which would be fantastic choices.