It has become one of my aims that during this one year I will be spending in the Netherlands doing my master I will visit as many Dutch cities as possible. After a long week in Rotterdam I found out that I could take a boat to the city of Dordrecht.

The boat ride to Dordrecht (a city in the west) located in South Holland took approximately 40 minutes and was so pleasant that before I even reached the city I was already relaxed and enjoying the view! As some friends and I approached the city of Dordrecht we saw something that looked like Noah’s ark in the distance. 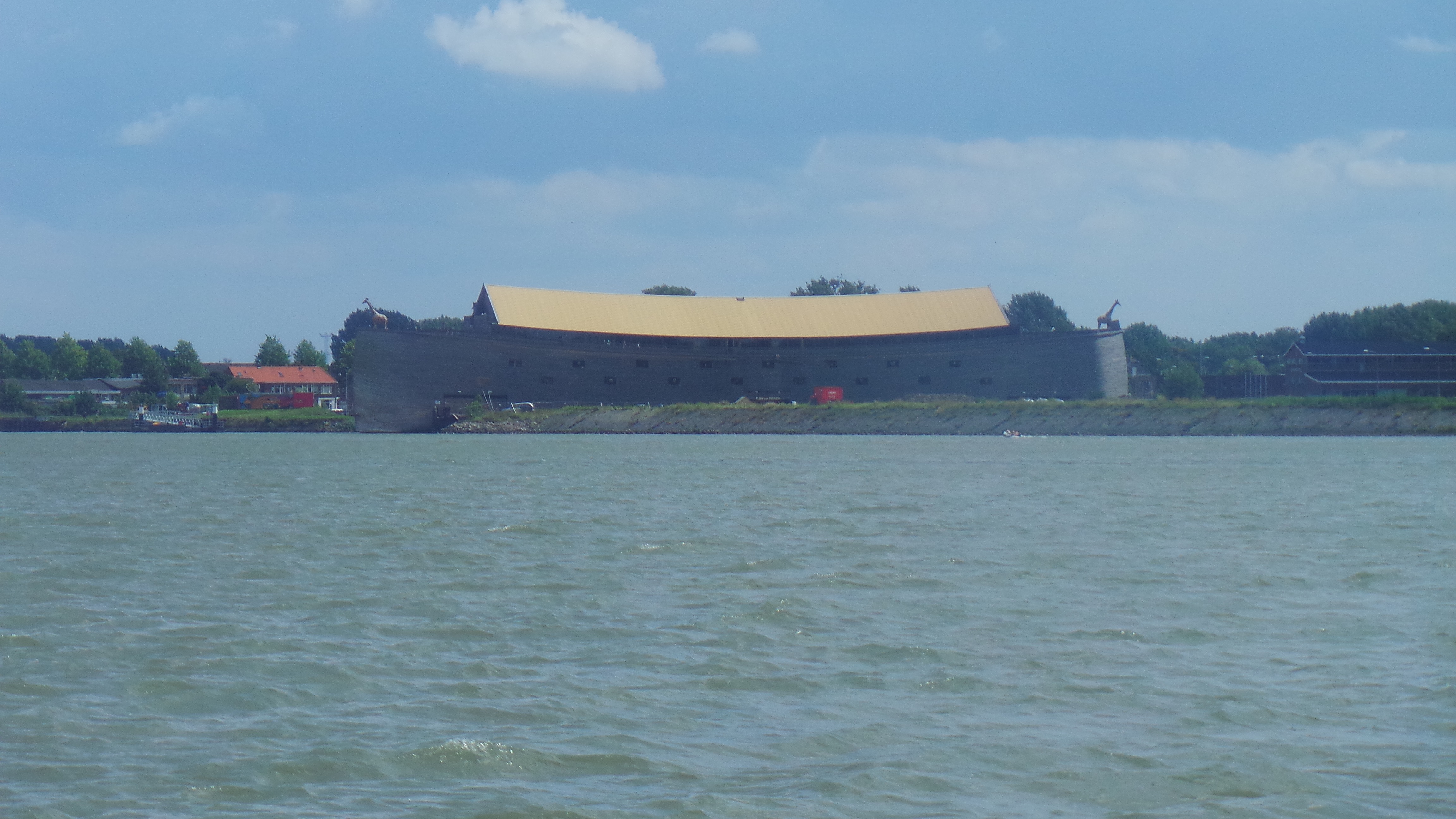 The Ark of Noah in the distance as we approached Dordrecht

Apparently a Dutch constructor by the name of Johan Huibers built a massive replica of the Ark (after initially building a smaller version) described in the bible and it is currently docked at Dordrecht (it has been for a few years) and open to the public. Although I did not personally visit, I can imagine it must be a great place to visit with family and children.

Soon after spotting the Ark we arrived at the City of Dordrecht and began walking through its narrow streets and Canals. 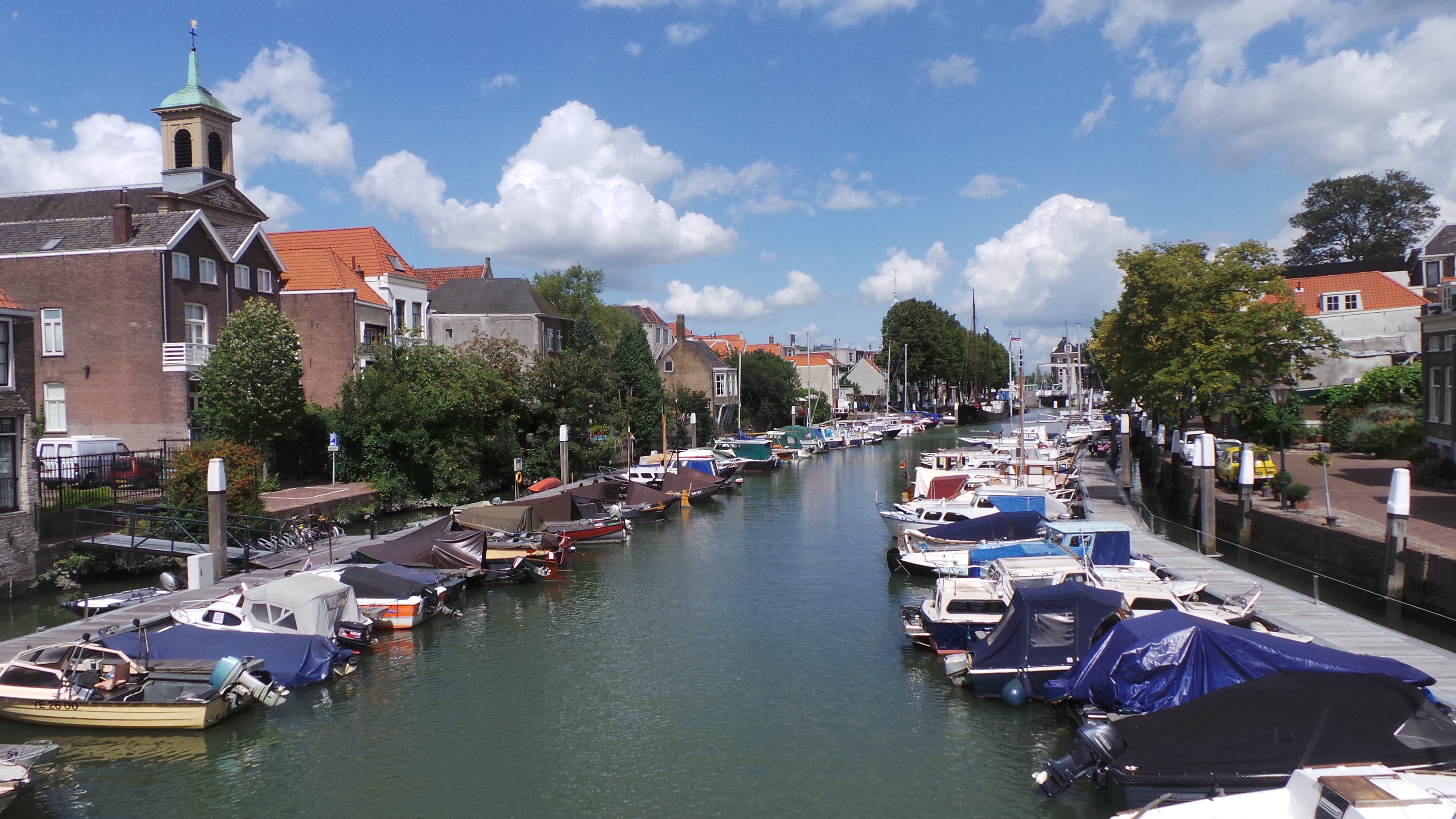 The city of Dordrecht in South Holland on a sunny day

The city center is quite small and can easily be walked around and there are many small boutiques which are a great place to buy Christmas presents as they are unique! 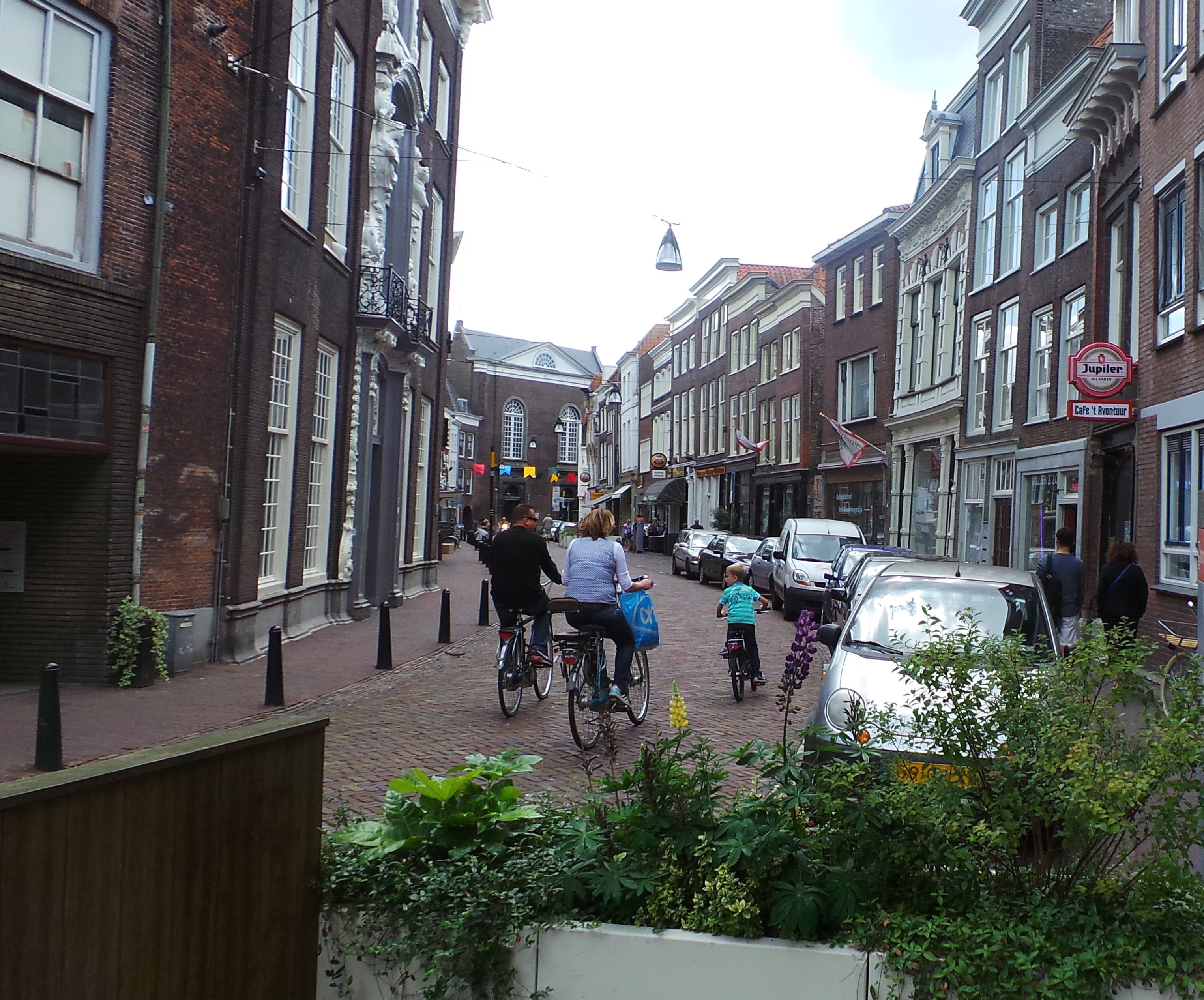 The city center of Dordrecht in South Holland, The Netherlands

After having stopped for lunch at a plaza and enjoyed the ambience we continued walking and seeing some of the places of interest in the city such as the churches; Onze Lieve VrouweKerk, AugustijneKerk, and the Nieuwkerk. Soon after we came across something quite interesting.

The smallest house in Dordrecht is the narrowest town house I have ever seen! If I stood in front of it and opened my arms I could almost reach from one side to the other! 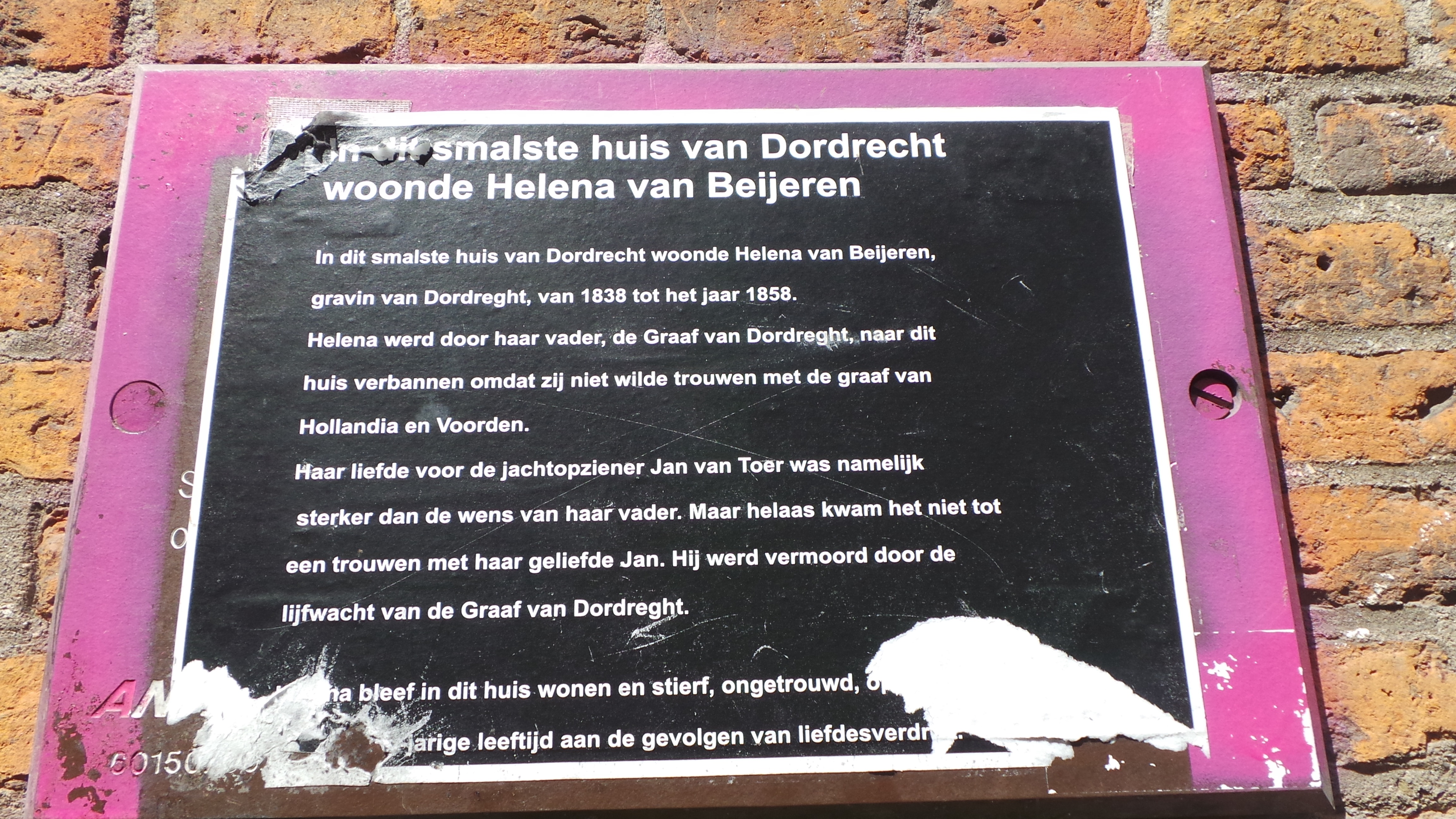 On the sign above it mentions that the house belonged to Helena van Beijeren and gives some information about her tragic love story that ended with her living alone in this house. 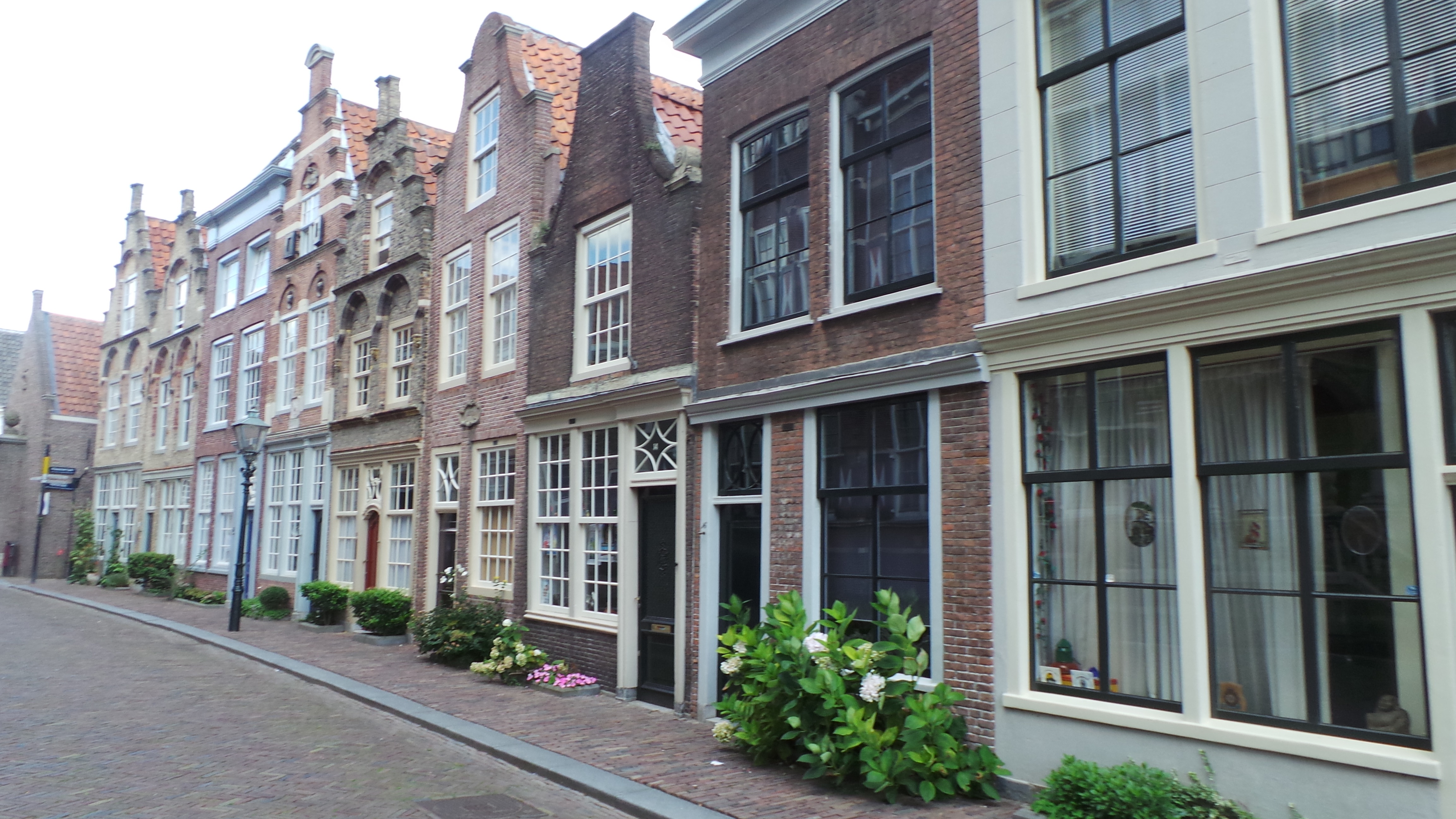 The streets of Dordrecht in South Holland, The Netherlands

If you ever need a few hours away from the busy city life in Rotterdam, take a boat down the river and spend a few hours relaxing, shopping and enjoying life.

Book a room now to guarantee a wonderful experience.