The wonderful aspect about Berlin is the many faces and styles found in one city. Located at the Bebelplatz square, close the illustrious Brandenburg Gate, is Hotel De Rome of the Rocco Forte Group. It was originally built as the headquarters of the Dresdner Bank in the 1889 and now has become a luxury 5-star hotel. Visiting this hotel is like diving into another world. Its elegance prevails for its beautiful decor, high ceilings, mosaic floors and many other details that will astonish you. From all the facilities and services that the hotel provides, its gourmet cuisine stands out. This hotel is a clear indication of the sophistication and luxurious style that is well represented in Berlin and the location is second to none.

Though much of Berlin was destroyed during the Second World War, what we see of the city today is almost a scrapbook of sensational design and architecture.  This is certainly reflected with the important contemporary and complex work of Daniel Libeskind with the Jewish Museum.  A visit to the museum will take you on a journey to discover the German-Jewish history, and the important mix of the Jewish and German cultures over the years.  Among the significant areas of the museum are the “Holocaust Tower”, the “Garden of Exile” and “Void Void”. 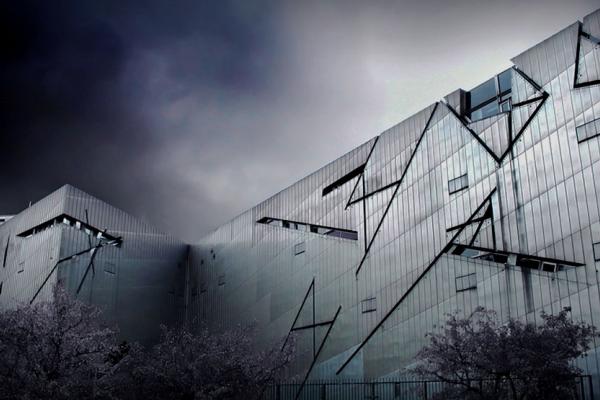 There is no denying the importance of the Second World War, and how it’s shaped the identity of Berlin.  The city that developed following the war is like two sides of a coin and is perfectly represented and communicated at the ‘Palace of the Tears’, located next to the Friedrichstrasse station. The “Border Experience” exhibition introduces daily life prior to the demolition of the Berlin Wall. The station was in East Berlin, but belonged to the Western Railway network and became a border crossing. It was the stopping place for travellers on both sides, where they were saying goodbye to their families and relatives without knowing when they would speak or meet again. The name “the Palace of Tears” represents the site of numerous goodbyes.  It is a stark and appropriate reminder of the city that once was, but also a symbol of the core of the modern Berlin ‘DNA’.