Utrecht is the perfect city to visit for an afternoon when you need a little change in your daily routine. This charming city is the fourth-largest and the religious centre in the Netherlands. It is now populated with many international students, as it is the location of several universities including Utrecht University – the largest university in the country.

A lovely day in Utrecht

Utrecht is famous for the Dom Toren or the ‘Dom Tower’ which protrudes in the city’s skyline and is no less than the tallest church tower in the country. It can be easily spotted once in the city. As someone who doesn’t know it too well that is how I know where I am and can always find my way back! 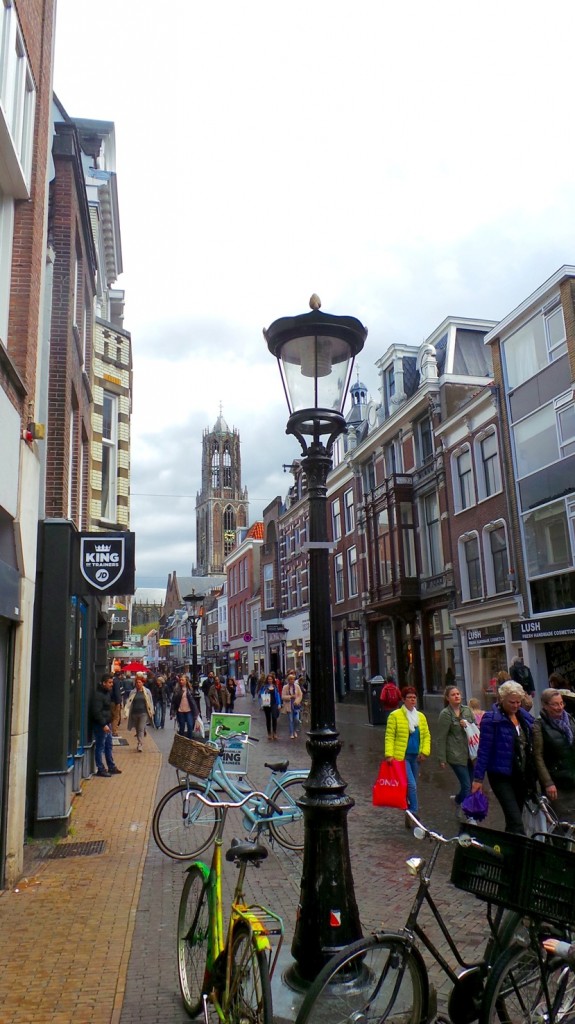 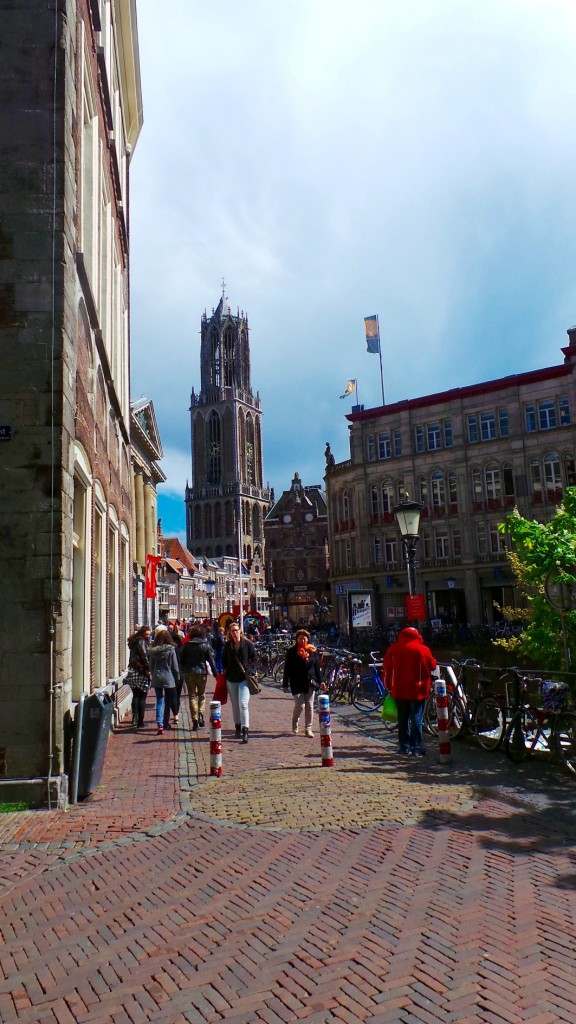 The Tower stands out from all angles 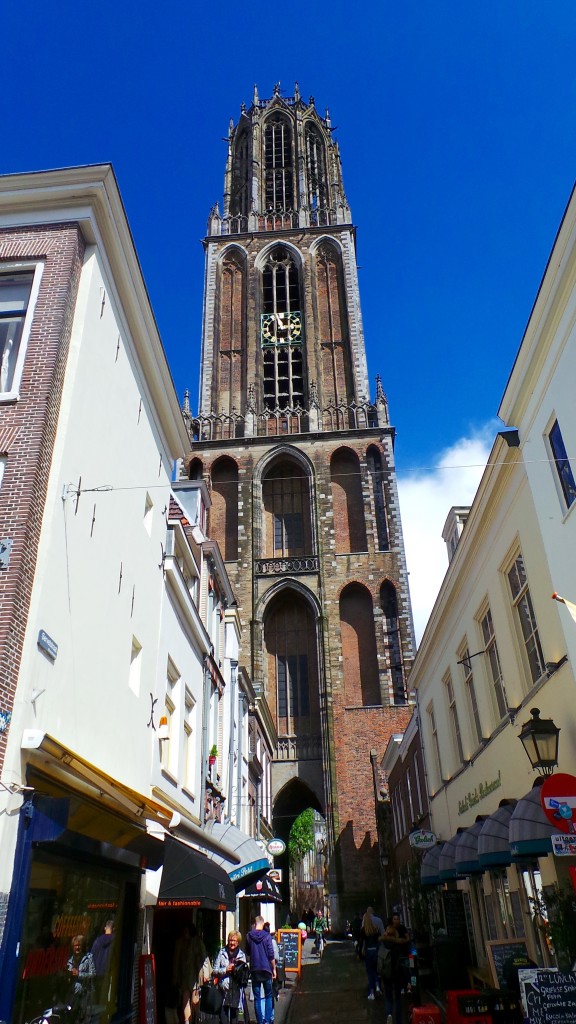 It towers over the city of Utrecht

The size of the tower was meant to emphasise the power of the church in Utrecht and it once was one of the largest towers constructed in Europe. 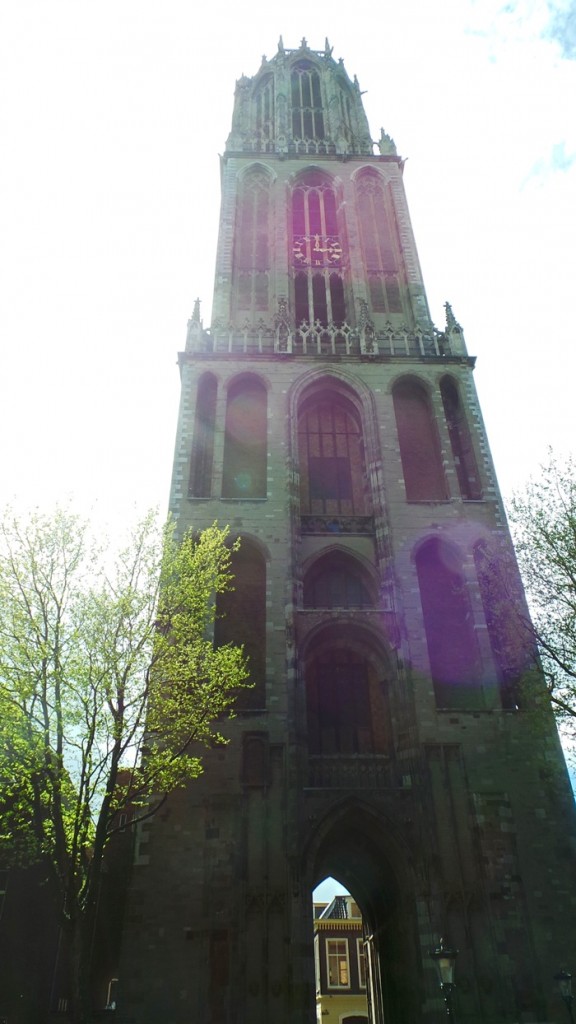 The tower forms a part of the St Martin’s Cathedral which was never finished due to lack of funds. The architecture is picturesque.

If you do go do not miss the gardens… 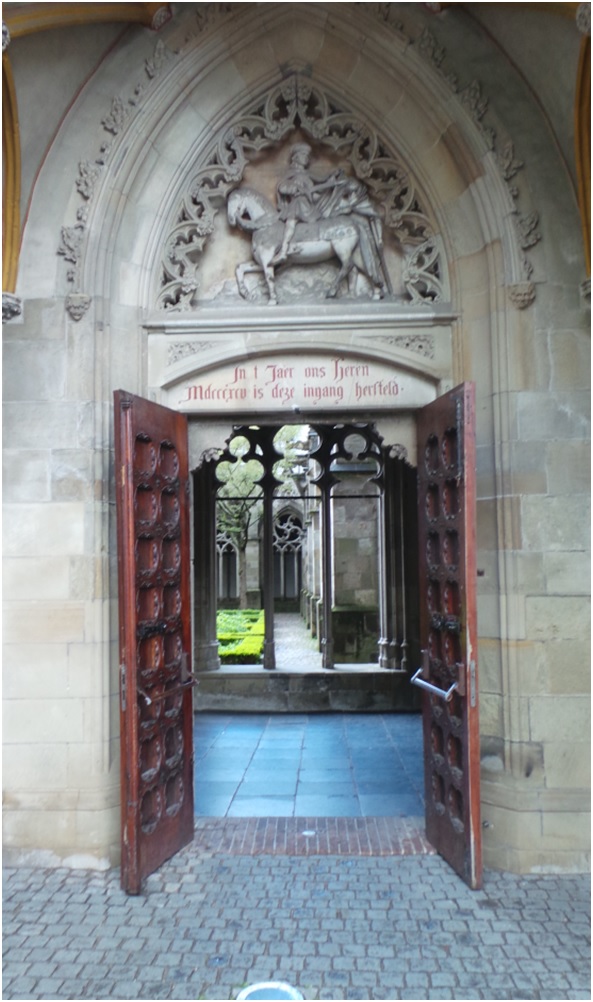 Entrance to the gardens

They are peaceful and a perfect place to reflect and relax. 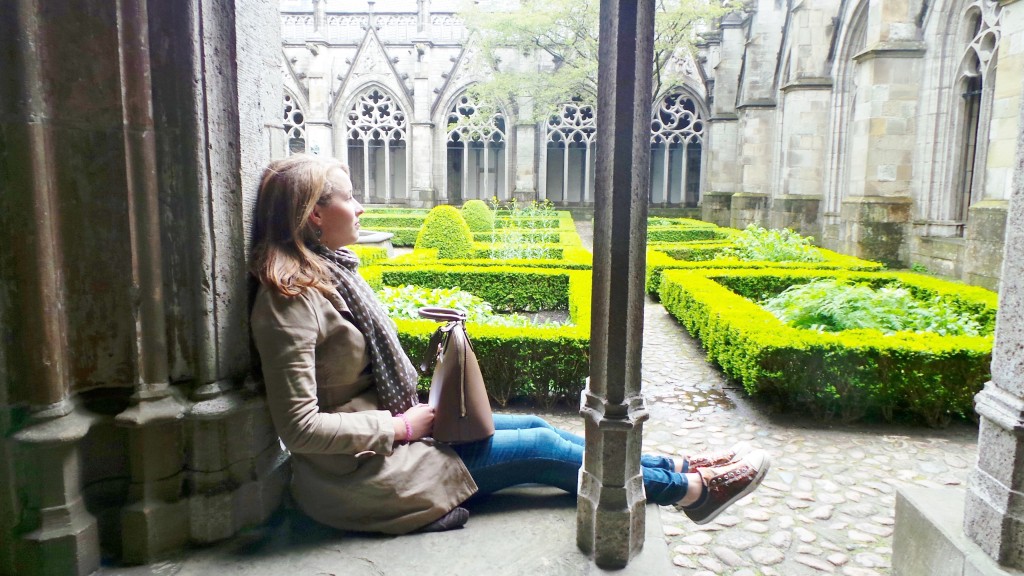 Just a few minutes’ walk from the Tower is the Paushuize, which was made for the only Dutch pope; Pope Adrianus VI. However, he died soon after in Rome and never lived in it. 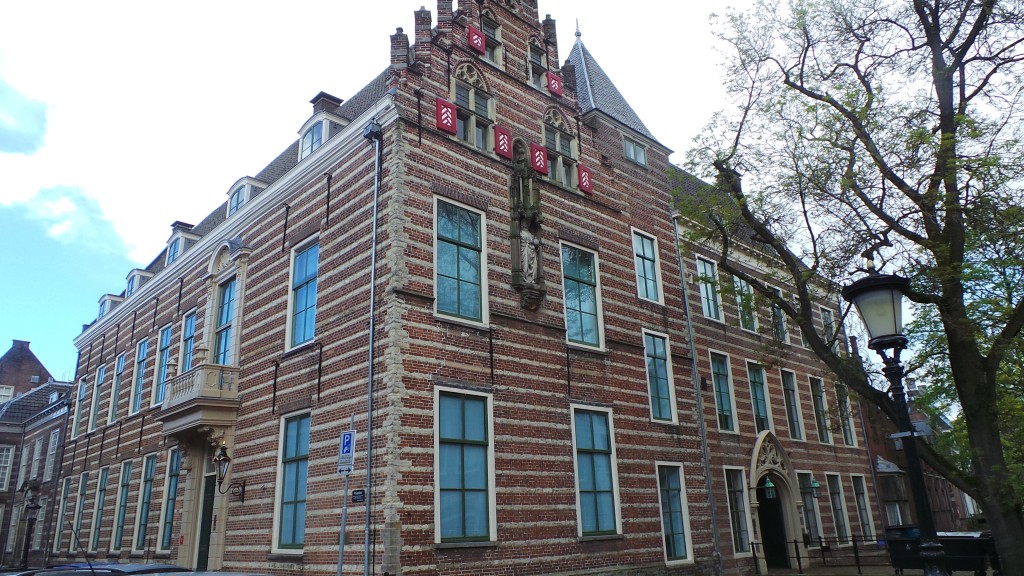 The historic building now has refurbished rooms that are the most sought after venues. 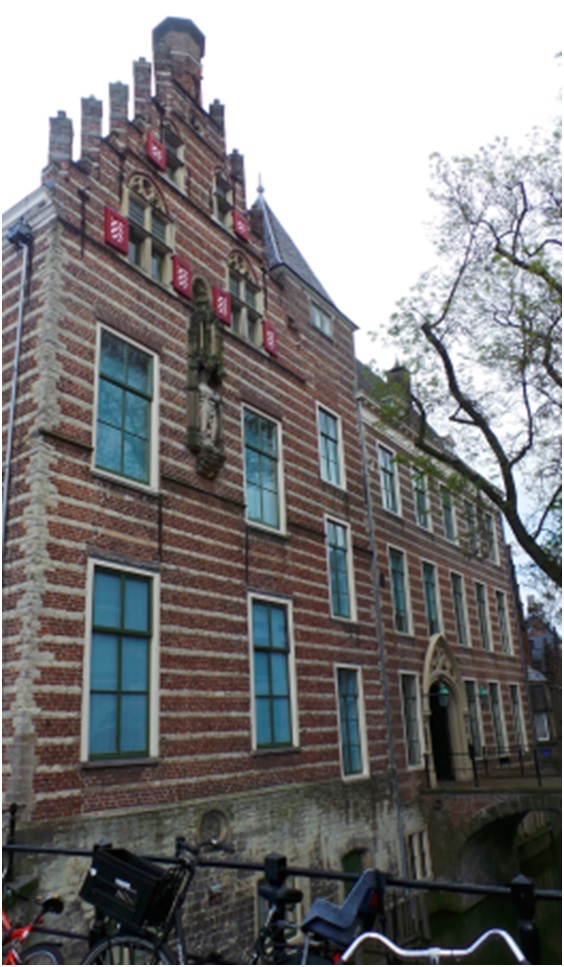 As soon as I took that picture it actually began to rain, the weather is extremely unpredictable this spring so I ran into a café to enjoy a treat while waiting for the rain to stop.

Mmm…I didn’t eat it all alone!

As soon as the rain stopped I continued walking through the city. The streets, the channels; it’s such a perfect place to visit and relax. I did not have the time for a boat tour but it looks like it could be fun! 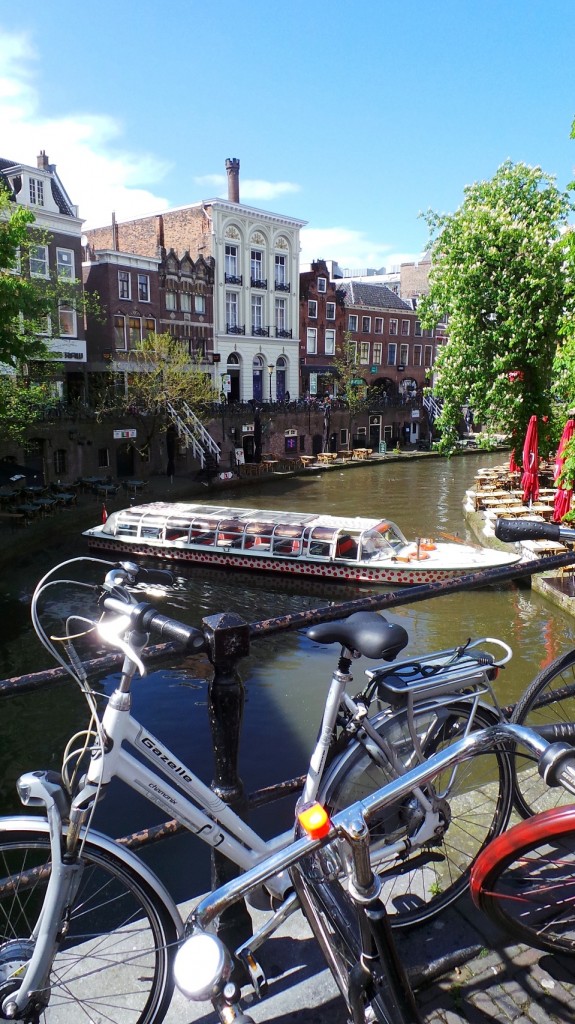 Just walking around the city you see all kinds of sculptures and historic buildings. 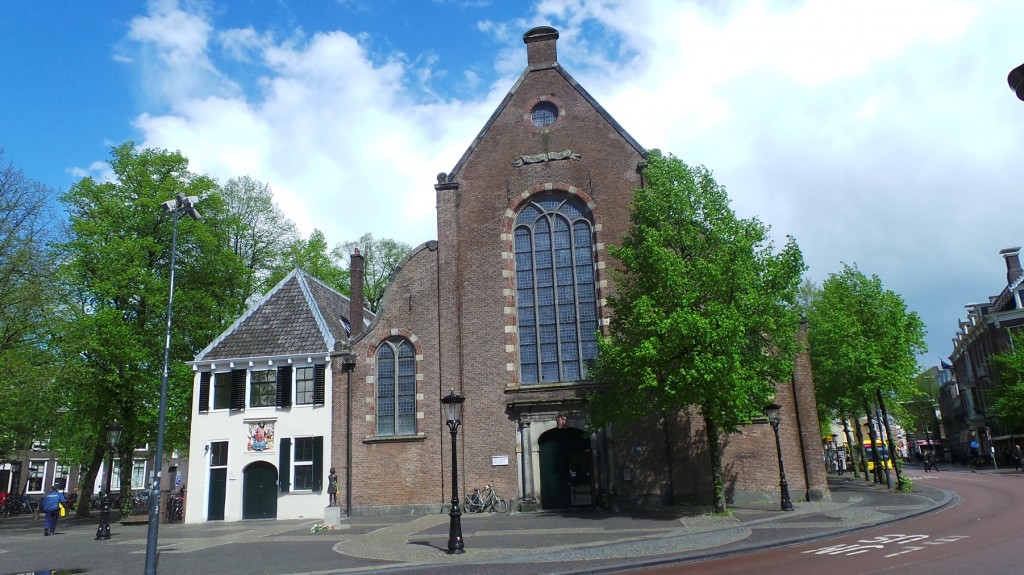 Walking around the city

Finally, I arrived at StadskasteelOudaen. It was built by one of the wealthiest families in 1280 and is now open for tours as well as one of the best-known restaurants. Not only is it known as a venue, it is also a brewery making its very own beer. It is located in the city centre on the Oudegracht, which is one of the main channels in the city. 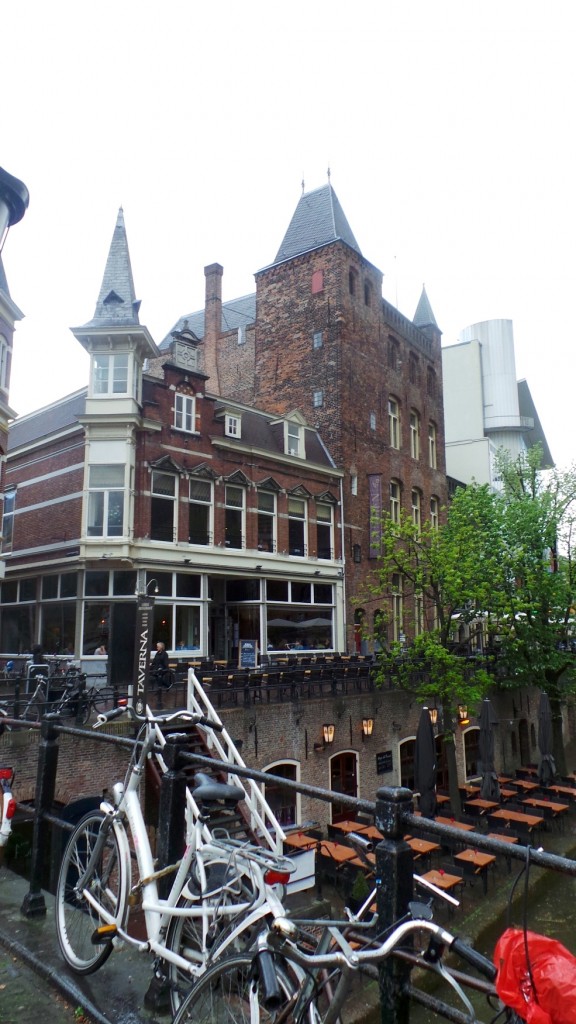 It was a lovely day in Utrecht, after which I went to the Central Station (one of the largest stations!) that was nearby and fully energized to go back to my routine.