During my trip in Hong Kong I decided to spend an afternoon and evening in Macau. Macau is only a boat ride across the Pearl River Delta and is the Las Vegas of Asia. It is famous for its casino’s hotels and shopping malls. Macau used to be a colony of Portugal and was actually the last Colony in Asia. Macau was used by the Portuguese as a trading port and the Portuguese influence can still be seen in the city. Macau’s economy mostly depends on gambling and its tourism and is a city with very high purchasing power parity.

While walking through downtown Macau, it amazed me that not too far from here I would find the extravagant casino’s and hotels. 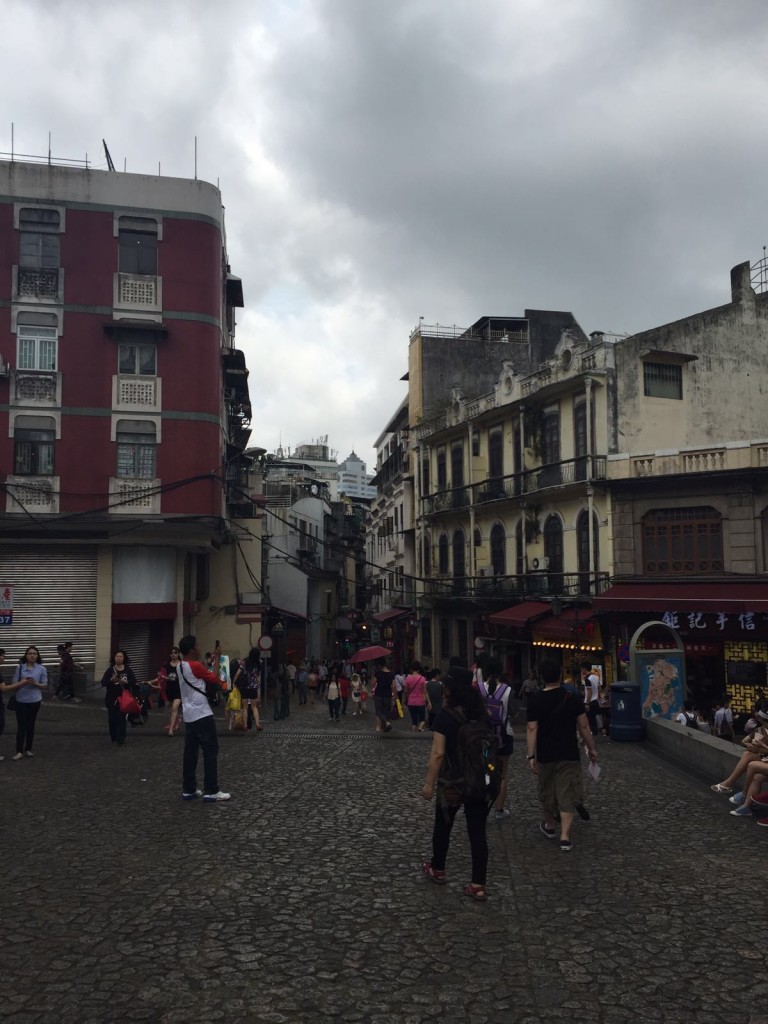 Senado Square in Downtown Macau, near the Ruins of St Pauls

I decided to start off with some history first and went to see the Ruins of St Pauls. The runis consists of both the ruins of St Pauls Church and St Pauls College which was from the 17th Century and now a UNESCO World Heritage Site and part of the historic center of Macau. The Church was one of the largest catholic churches at the time in Asia ( 1600’s) and was eventually destroyed by a fire during a typhoon in 1835. What remains is the southern stone façade and some crypts, they really stand out and are worth visiting. 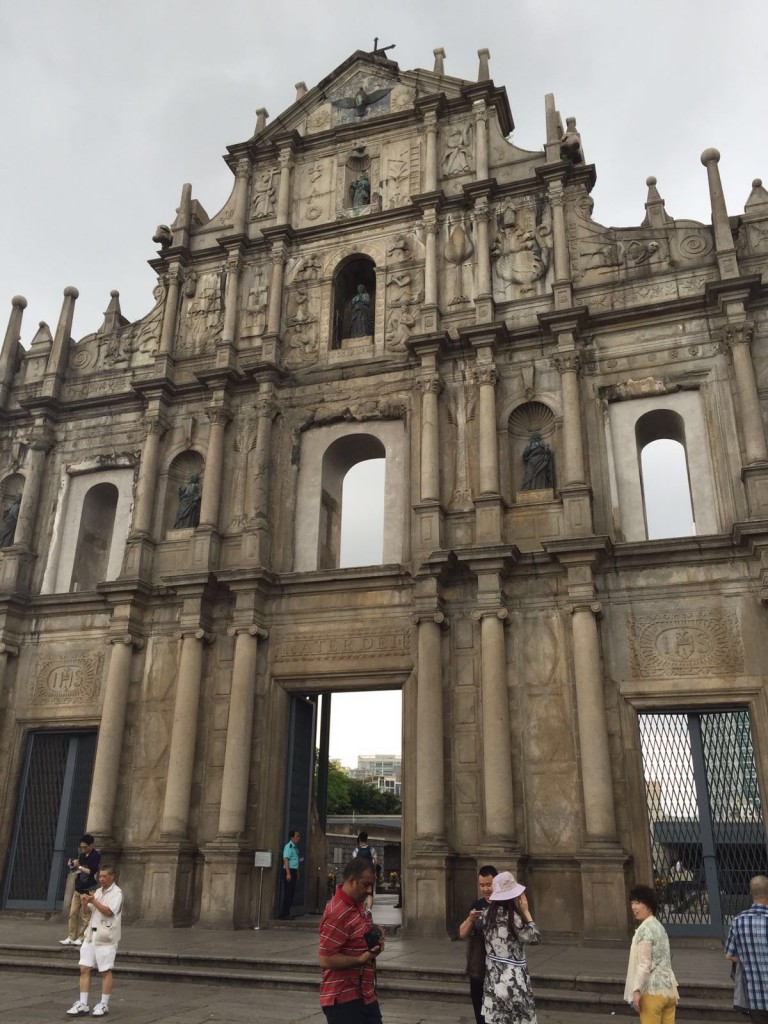 The Ruins of St Paul’s Church in Macau

After the ruins I walked around a bit more before heading towards the glitz and glamour. 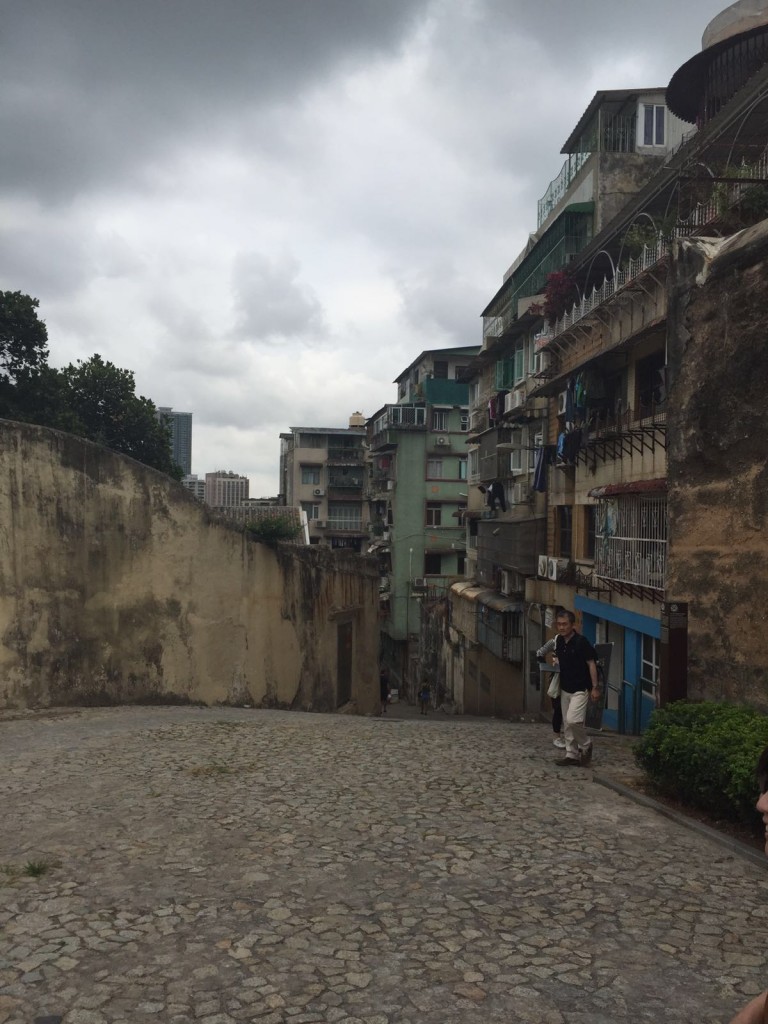 The first hotel I stopped by to have a look was at the Venetian, I had simply heard so much about it. 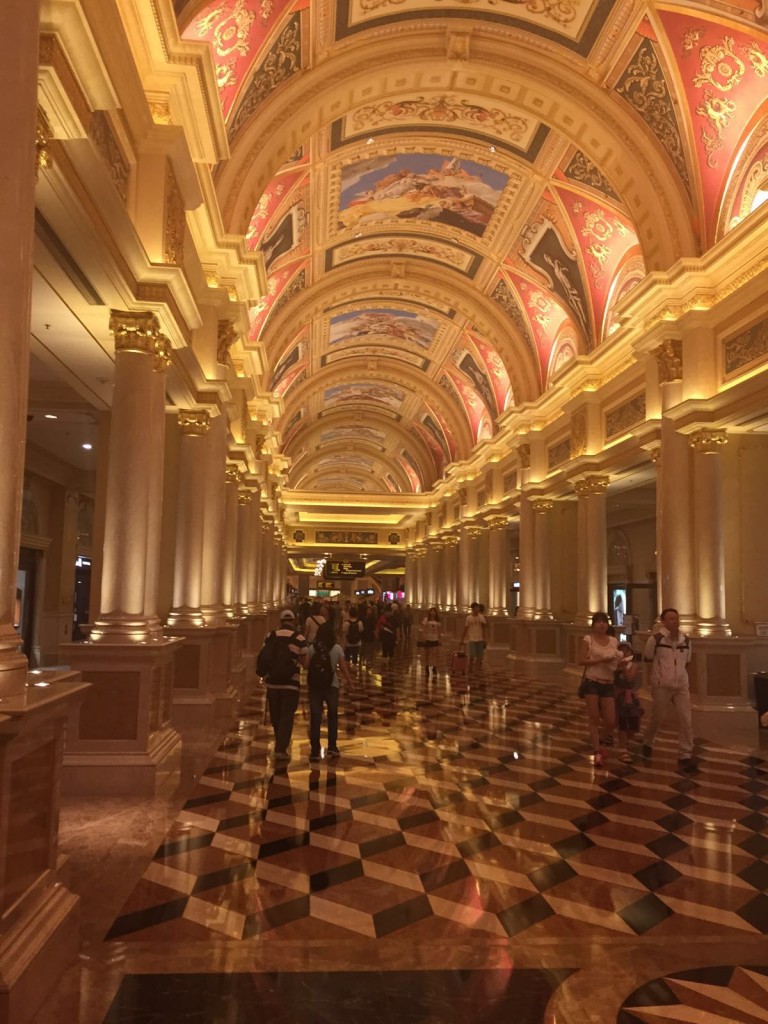 The hotel is majestic and transports me to another place! And this is only one of the hotel’s in this area. 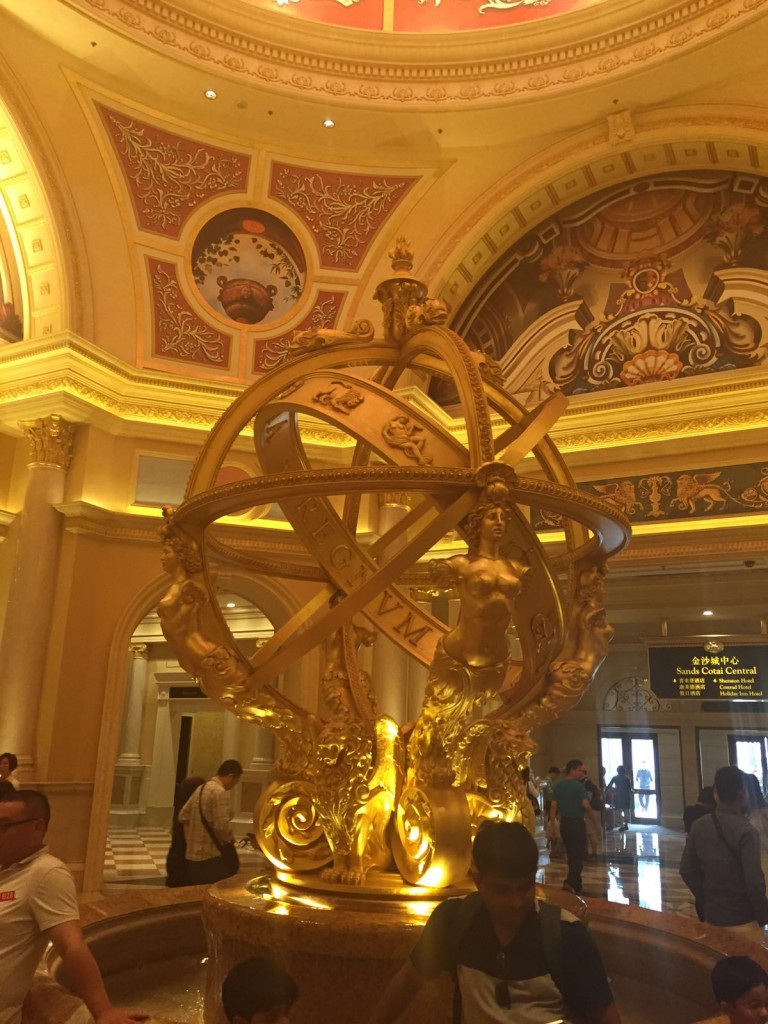 Inside the Venetian Hotel in Macau

This is a definite must-see when in Macau! By far my favorite hotel based on décor and at the center of all what is happening in the area. 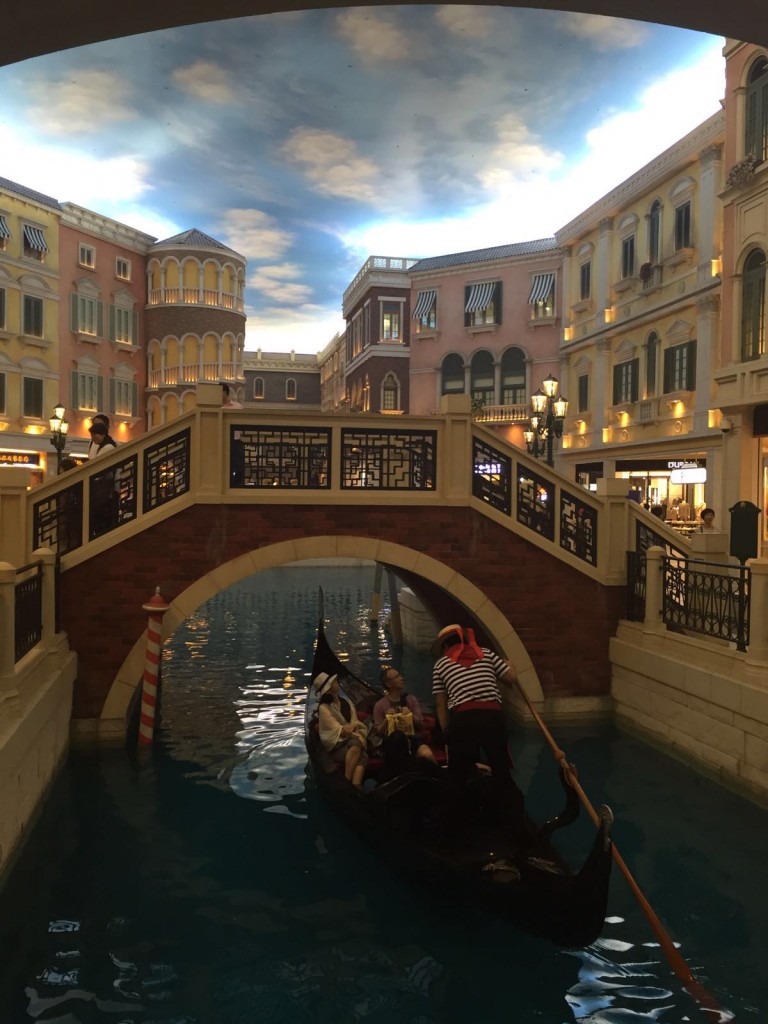 Other than the Venetian there are several other famous hotels including the Grand Hotel Lisboa. This seems to me like a destination you visit with a group of friends and stay one or two nights to visit casino’s and simply experience it. Other than a few more sites that can be visited in the city such as: The Monte Fortress which also is the location of the Macau museum and the place to go in order to understand the city’s history. There are also a few shops in Senado square near the ruins of St. Pauls, it is worth a visit if you are in Hong Kong and even a night would suffice as long as it is enjoyed thoroughly. If you are a gambler and looking for exciting nightlife- this is the place for you!