As a Dutch citizen I have always heard of King’s day but unfortunately due to my schedule I have never been present in the Netherlands for the celebration. I was very excited to finally be able to celebrate it with some friends!

A bit of history about the day…

King’s day, formerly known as Queens’s day, is a public holiday in the Netherlands and a day of celebration! Initially the tradition began in 1885 to celebrate the birthday of the Princess who soon after became the Queen. The date varied depending on the birthday of the King or Queen at the time and has now accordingly been changed to the 27th April – King Willem-Alexander’s birthday.

The heart of the celebration occurs in Amsterdam where everyone is dressed up to celebrate the Royal Family and more specifically, the King’s birthday. The Royal Family visits a different town every year and although they are not headed to Amsterdam, that is where I will be going. Not only is this day celebrated by the Dutch but it is a major attraction as the city fills up with tourists eager to join in the party.

Taking the train to Amsterdam was quite an experience as people were wearing all kinds of orange! The first thing I did was buy a few things to get into the mood. 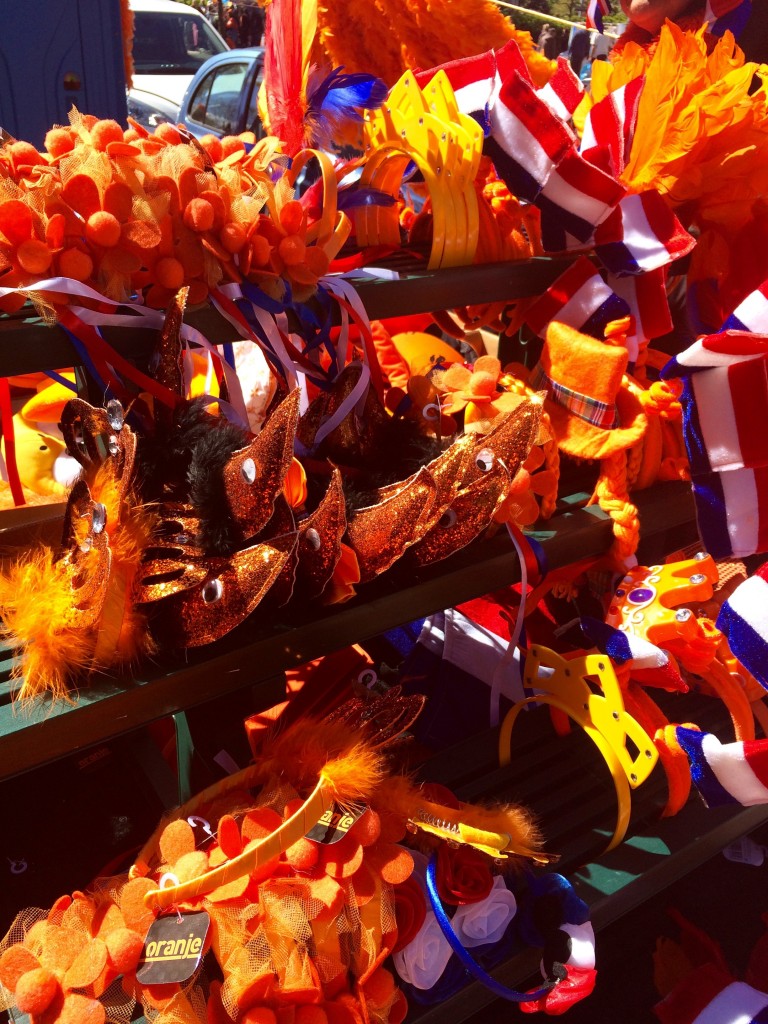 There are many events in Amsterdam taking place on that day, from festivals to the Free Market, where everyone is given a chance to sell their second hand belongings, to boat parties on the channels. I never imagined the magnitude of the market; every street was crowded with people selling all kinds of things. 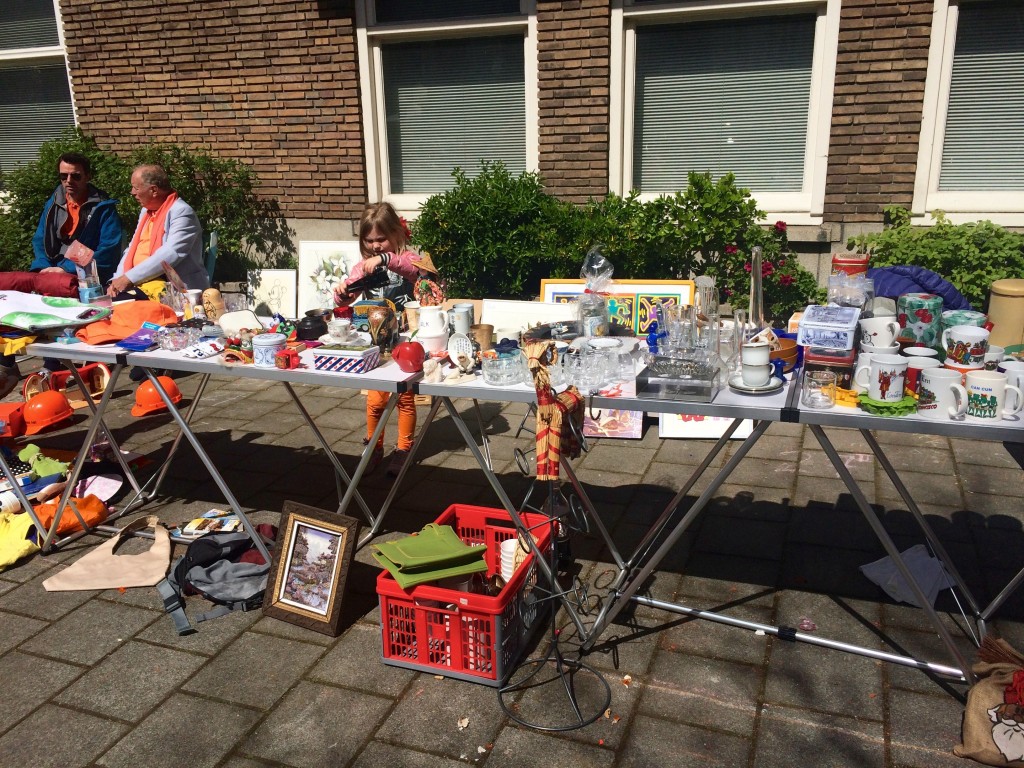 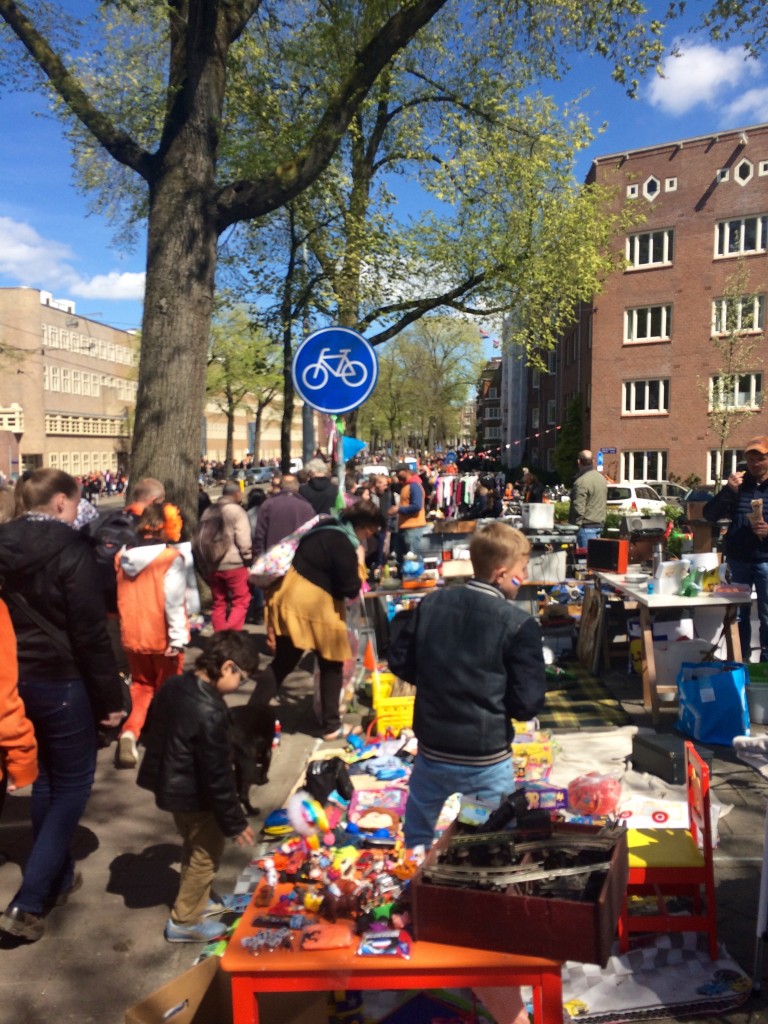 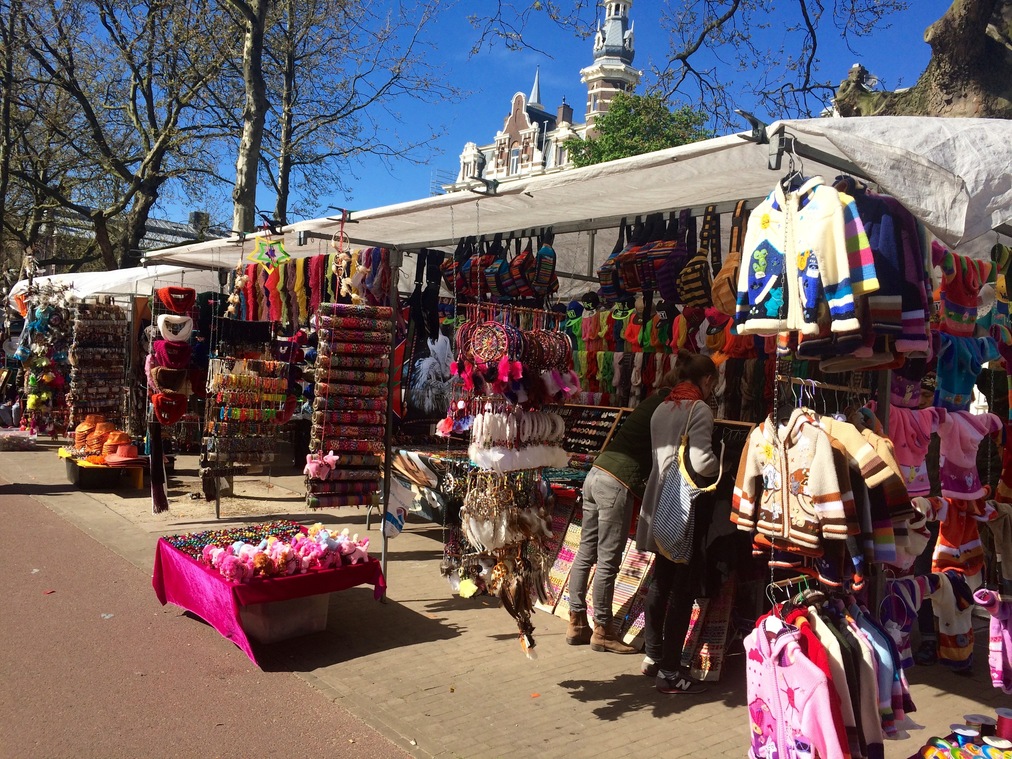 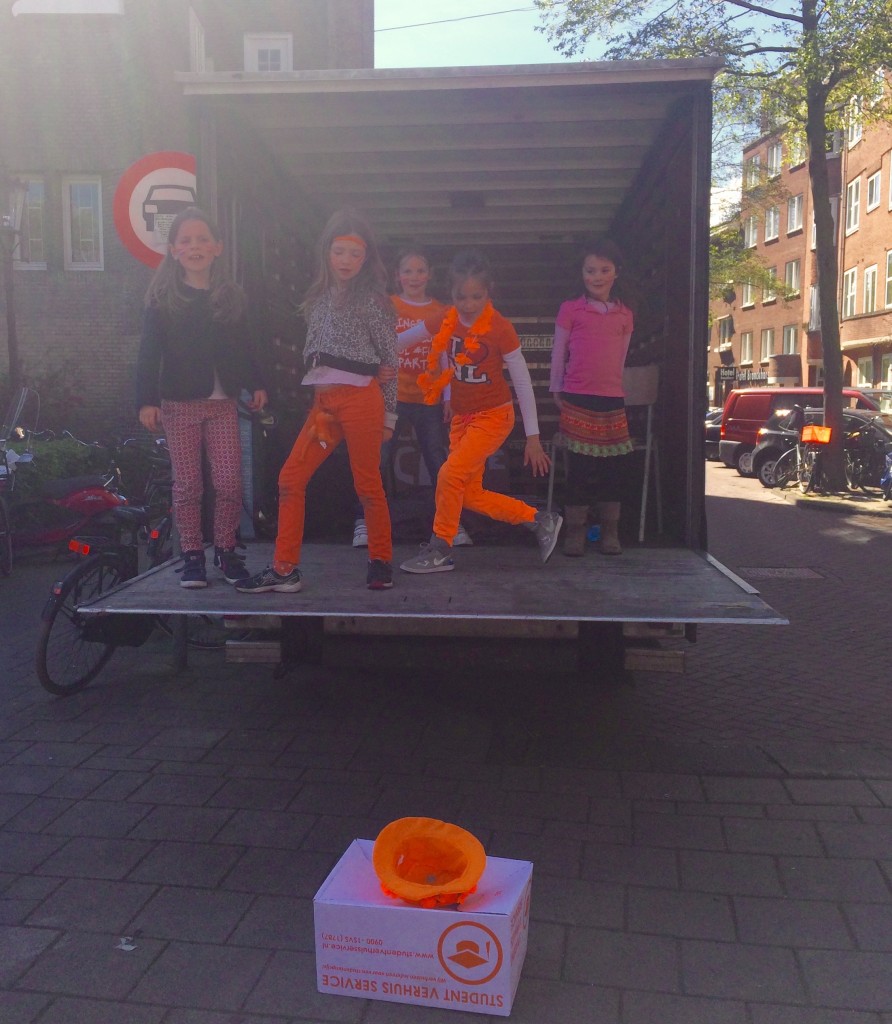 Showing off their talent!

It was such a beautiful day, people lay in the parks…

…And took advantage of the opportunity to take a picture with the I AMSTERDAM sign. 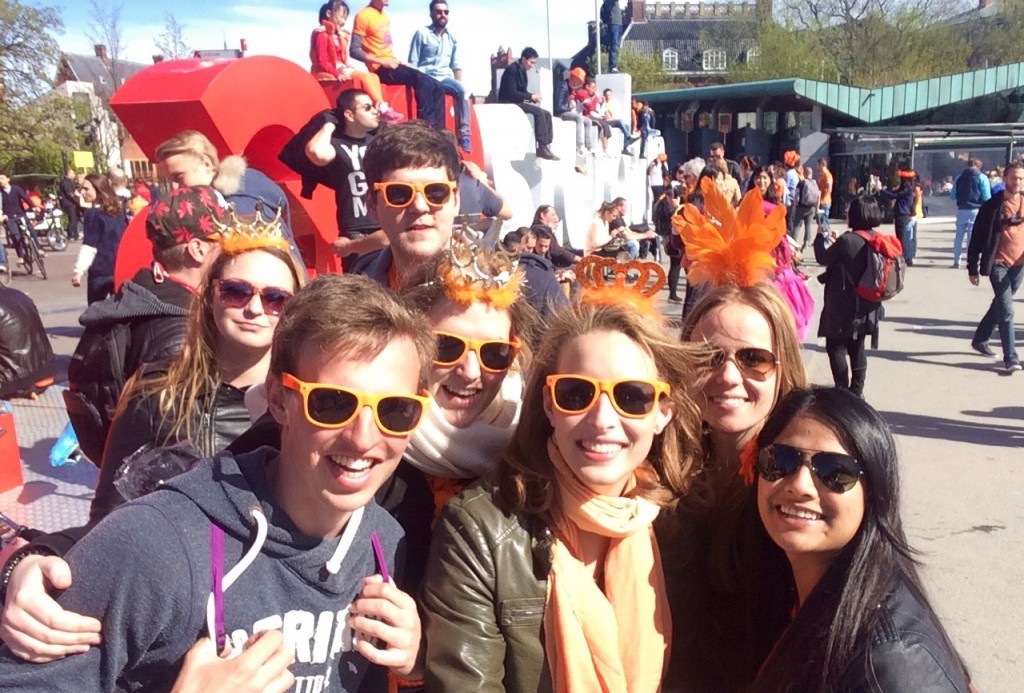 There were DJ’s performing on different streets 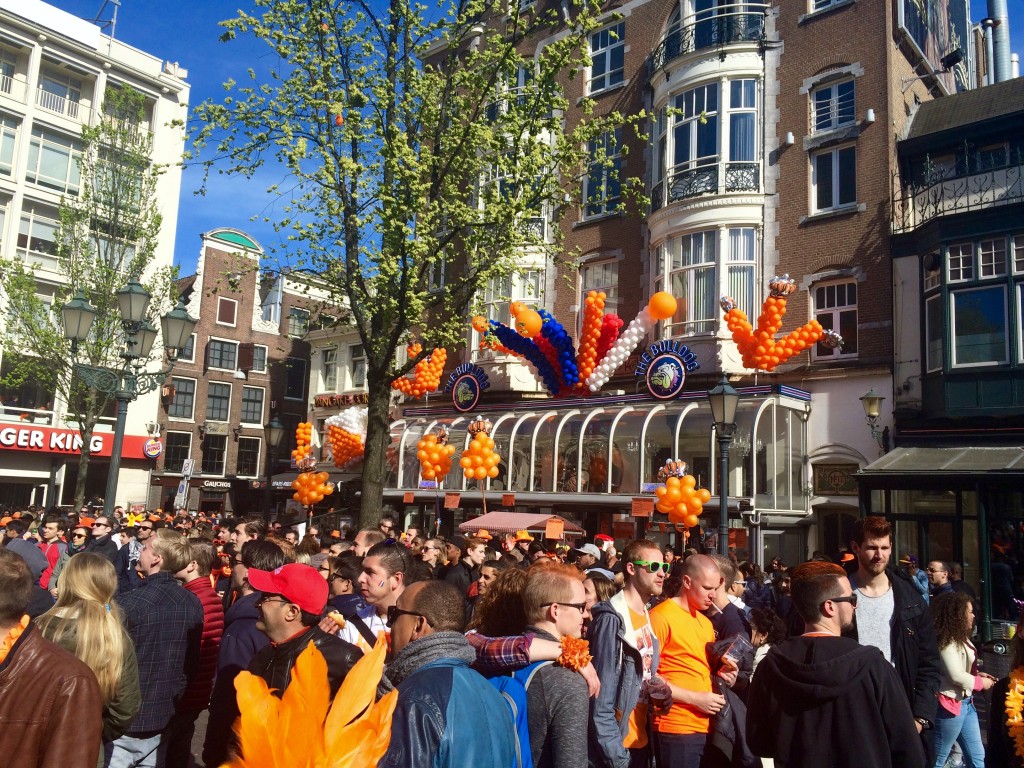 Balloons and decorations everywhere in Amsterdam

…And so too were the Channels; full of bright decorations,  although I arrived quite late in the afternoon to witness it all. 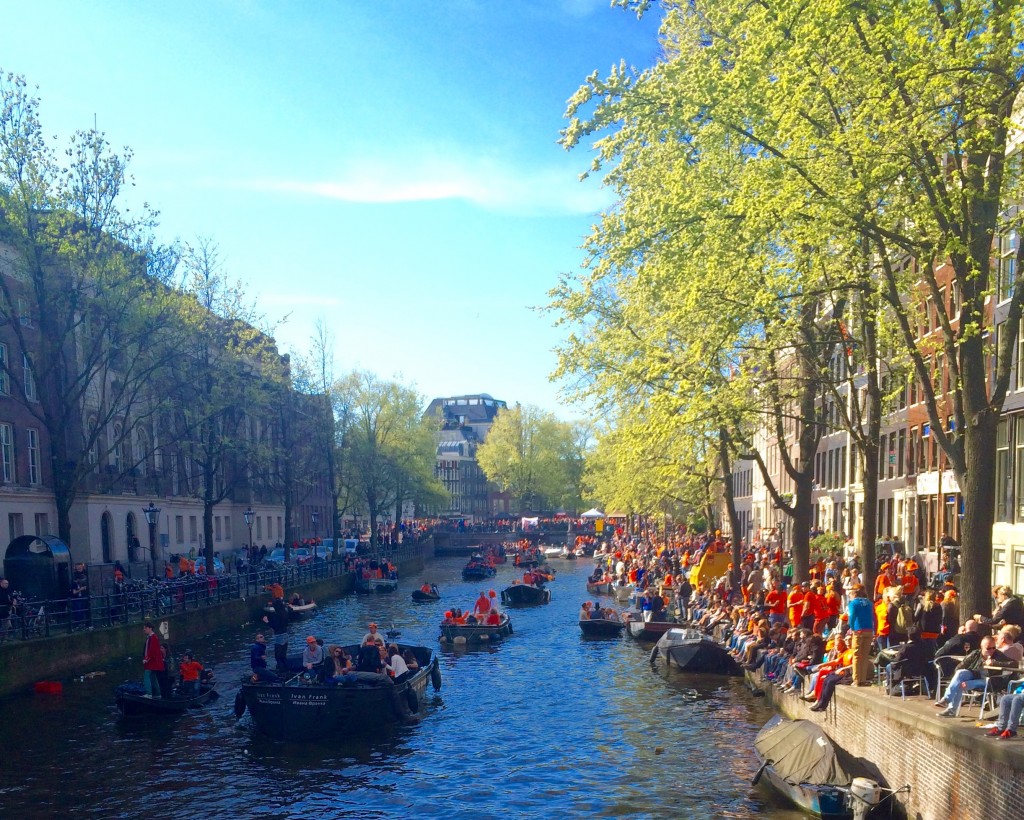 It was a fun, long day and I will definitely be there next year!